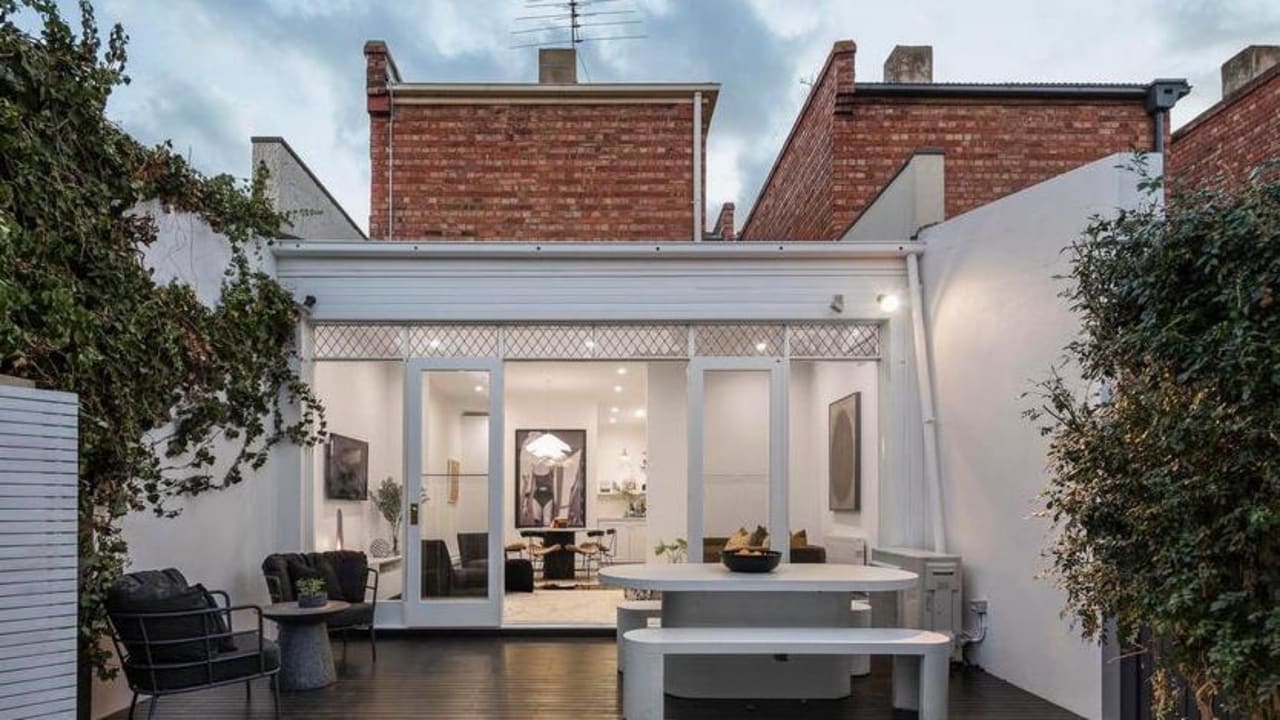 No Comments on 132-year-old North Melbourne period house where John Landy resided as Governor hits the marketPosted in Uncategorized By Posted on August 1, 2022

John Landy’s former residence at 450 Dryburgh St, North Melbourne, is up for sale.

An opulent 132-year-old North Melbourne home owned by John Landy during his five-year stint as Victorian Governor is up for sale.

Landy and wife Lynne Fisher bought the grand four-bedroom pad at 450 Dryburgh St back in 1995 for just $328,000, according to CoreLogic.

The period facade at the 132-year-old North Melbourne home.

The entire home has had a glamorous makeover.

The athletics legend was the second man to break the four-minute mile barrier in the mile run, which he held a record for.

He also smashed the world record for the 1500-metre run.

Jellis Craig Kensington agent and auctioneer Lucas Mills said the current owners of the Dryburgh St pad had completed some updates to the home over their time there, including renovating the bathrooms and the walk-in wardrobe in the main bedroom, knocking down walls and repainting throughout.

One of the four spacious bedrooms.

“With a terrace like that, there’s so much street appeal and a lot of traction,” Mr Mills said.

“Realistically, it’s one of the best balcony terraces in North Melbourne, sitting on top of Hotham Hill, and has all the features you’d want for modern-day living that a lot of other terraces don’t offer.”

Mr Mills added that it would likely suite a family due to the four spacious bedrooms and three bathrooms, or a downsizer moving back to the inner city.

The former governor resided at the home until 2015. He passed away in February this year.