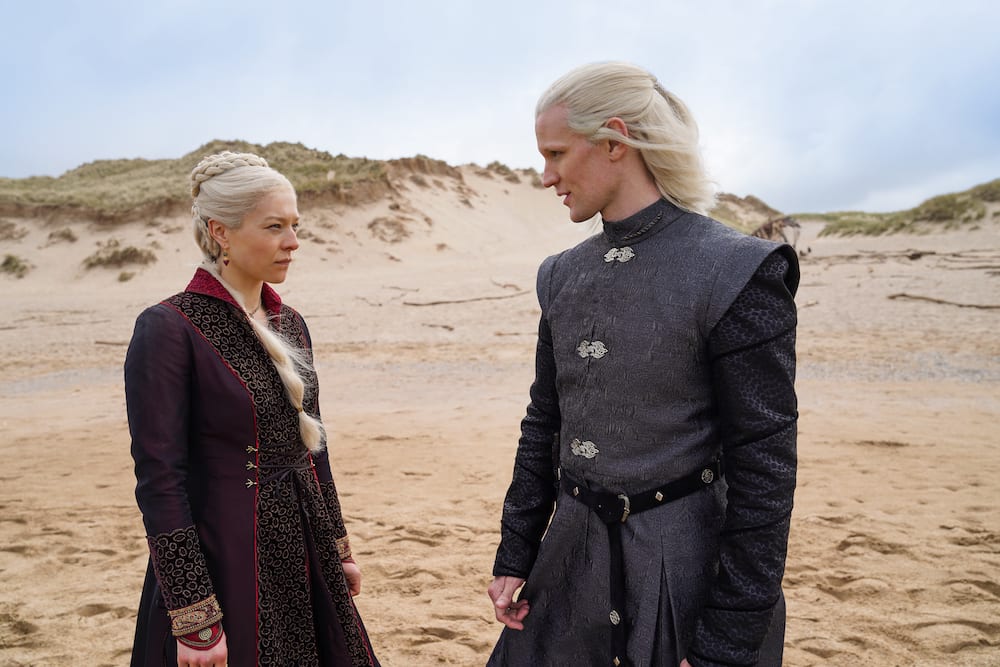 No Comments on 5 castles on the market fit for House of the Dragon fansPosted in Uncategorized By Posted on August 4, 2022

You don’t need to travel overseas – or to Westeros – to find your very own castle to call home, with some seriously regal properties on the market across Australia right now.

And to celebrate the release of House of the Dragon, we’ve unearthed some of the best.

The Games of Thrones prequel, which begins on Binge and Foxtel from 22 August, will take viewers back into George R.R. Martin’s world of the Seven Kingdoms of Westeros and explore the story behind the House Targaryen.

“It has been three years since the finale of Game of Thrones and fans have waited long enough,” said Alison Hurbert-Burns, Binge executive director.

“In anticipation of the biggest show of the year, we are seeing record audiences catching up on all eight seasons of Game of Thrones, making it the most-watched show on Binge this week.”

House of the Dragon is set 200 years prior to the Game of Thrones timeline. Picture: HBO/Binge

While living rights to the castles in House of the Dragon are reserved for the fantasy royals, in real-life, those with a bit of money and a wild imagination can snap up their very own castle, from which to plot their ascension to the iron throne.

Despite their niche market, real estate agent Barbara Noble, who is currently selling a castle in Wilsons Pocket, said there’s definitely a cohort of buyers who seek out castles.

“It’s the castle design itself that’s appealing, but it does appeal to a select type of person,” she said.

“I’m surprised at the interest. This one woman walked in and said: ‘I just love it!’ As a real estate agent you think people want something a bit more straightforward, but there’s definitely a market for something a bit odd.”

Scenes from House of the Dragon were filmed inside castles. Picture: HBO/Binge

Previously used as unique accommodation for weary travellers, this castle is a medieval-style marvel in the heart of Tamborine Mountain in Queensland, and is being sold with furniture included.

The two wings within are separated by a day spa and the buyer is welcome to put in an offer for the entire property, or just one of the wings.

Voted as a popular destination among tourists, each wing of the castle is rented for $1400 per weekend, with the listing suggesting strong commercial investor potential.

This medieval-style castle has been a popular accommodation destination in Queensland. Picture: realestate.com.au/buy

This castle set in the the Gippsland countryside is named Mira Mira and consists of five dwellings fit for any Targaryen.

This estate, which has also previously been used as tourist accommodation, boasts three dams, a barn, approximately 2ha of bushland and four two-bedroom, self-contained fantasy retreats. To top it all off, there’s a castle-inspired reception centre.

With ‘Prince’ in the address, this apartment was destined for royalty, however, unlike other grand castles, this property is priced at less than a million bucks.

Advertised between $800,000 to $850,000, the one-bedroom apartment in St Kilda has been given a contemporary makeover and comes with its very own watch tower – to keep a lookout for enemies or just take in the view.

Perched on a hill in Sassafrass, this jaw-dropping abode dubbed Chateau Jardin Parfume is primed for entertaining kings and queens.

The three-bedroom, three-bathroom home is on a 2400sqm block and gets its name from the aromas within the sprawling garden, which include roses, camellias, gardenias, tulips, freesias, hyacinth, jasmine, and Mexican orange blossoms.

Some of the other luxurious features including a cigar room, a gold class-style cinema, and three cast iron fireplaces ideal for pondering one’s place in the kingdom.

Chateau Parfume is the ideal setting to entertain kings and queens. Picture: realestate.com.au

5. A castle with promise

This castle at 74 Ormes Road in Wilsons Pocket has hit the market for the first time since it was built, and has already attracted strong attention, Ms Noble said.

“It’s definitely the most unique home I’ve ever sold… but it’s a grand sort of unique,” said Ms Noble.

This castle is set on a stunning plot of land in Wilsons Pocket, Queensland. Picture: realestate.com.au

“We’ve had a serious offer and even have someone coming up from Canberra this weekend.

The home was built by the vendors, who have lived there for the past 30 years. Ms Noble said most people in the area didn’t even know it existed until now because it’s on a secluded block of land.

House Of The Dragon will be on Binge and Foxtel from August 22. The original Game Of Thrones seasons are available now on both platforms – including in 4K on Foxtel.

The post 5 castles on the market fit for House of the Dragon fans appeared first on realestate.com.au.