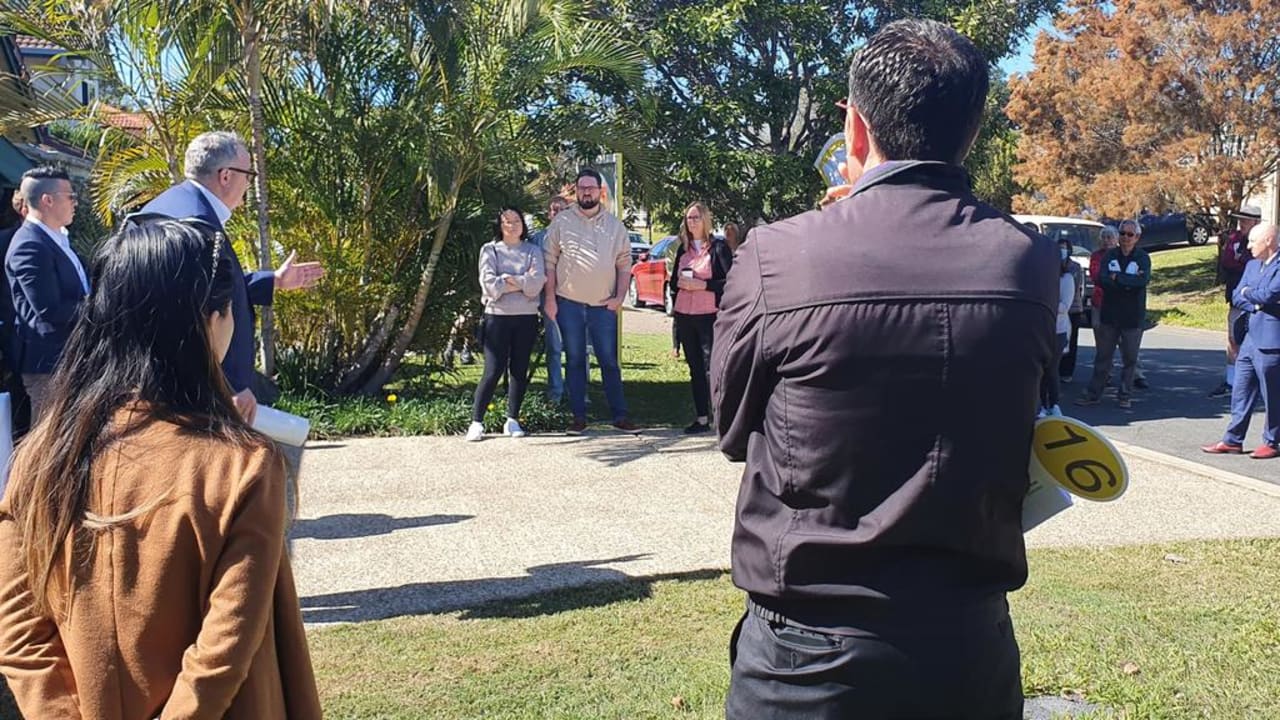 No Comments on 60-bid marathon as suburb defies downturnPosted in Uncategorized By Posted on July 30, 2022

JUST hours before the eyes of the world watched Jessica Stenson win gold in the Commonwealth Games marathon, five bidders took part in a marathon of their own for a home in an outer Brisbane suburb that is defying the property downturn.

“I’ve been to 10 auctions in the last two weeks and none of them were close to what happened today,” the winning bidder at the auction of 42 Appleyard Cres, Coopers Plains said.

The 60-bid marathon for the three-bedroom home of Andrea Ellaby, who is exchanging her Village precinct address in Coopers Plains for a retirement village after 27 years, was waged over almost half an hour.

“There were so many families here, I was really hoping a family would buy it,” she said.

Ray White Annerley selling agent Bevin Powell had brought five registered bidders to the auction, including three couples with their children in tow and a man in dark clothes whom some in the crowd had summed up to be a buyer’s agent.

Auctioneer Sam Kelso welcomed an opening bid of $650,000 from Ben Schoville who was holding bidding paddle number one, while his partner Jayne Wilkins had their one-year-old daughter Rosie.

But a new bidder, the assumed buyer’s agent with paddle number 16, was about to join in, and it was apparent from his very first bid of $715,000 that he was running his own race, something Mr Powell said was a common trait of Brisbane auction bidders this year.

The property had been newly landscaped last year.

It was 20 minutes and 40 bids later that the 400sq m property was announced on the market at $805,000 and there would be a further 10 bids before the main bidders received the first of two surprises.

“My strategy is don’t bid against more than one person,” said Luke Devitt who had been watching the action from the front door before wrestling the bidding paddle from his young daughter to enter the auction marathon with a bid of $835,000.”

The home was popular because it was not in need of renovating.

At $844,000, Mr Devitt returned the paddle to his daughter, aware that the home he had ‘started to fall in love with’ was going to sell to either the opening bid couple or bidder number 16 who turned out not to be a buyer’s agent, just a very savvy buyer. It was the driver of a Jeep who supplied the second surprise of the auction, blasting his horn as he drove past the crowd of 50 just as the hammer fell on a $857,000 sale with bidder number 16 picking up the house.
Home values in Coopers Plains have risen by 3.3 per cent in the past three months and 25 per cent over 12 months, PropTrack’s July Market Trends report shows.