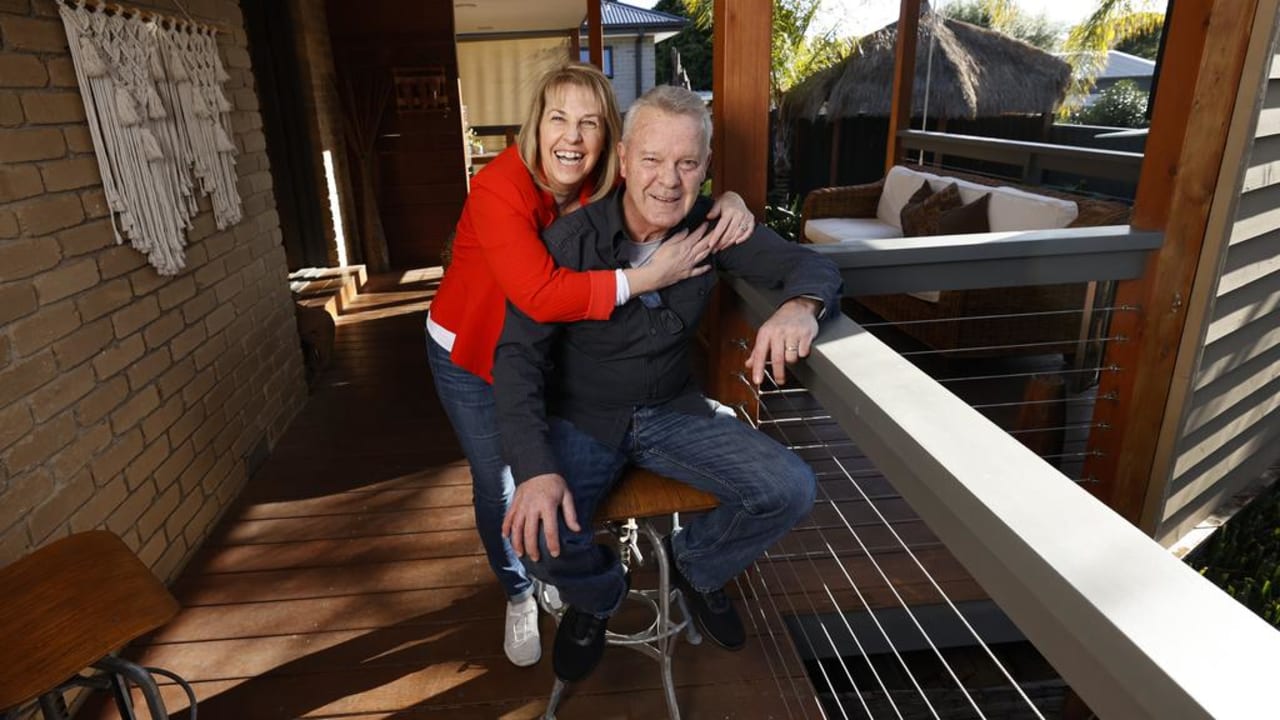 No Comments on Beloved Bundoora family home that hosted 200-person engagement party sells under hammerPosted in Uncategorized By Posted on August 1, 2022

Carol and Grant Farrar first moved into their beloved Bundoora abode 21 years ago, paying $208,000, according to CoreLogic.

On Saturday, they said goodbye to the 18 Jacqueline Rd home when it sold under the hammer for $945,000.

Ms Farrar said they were excited to move on, and plan on downsizing to an apartment in the area before retiring along the coast in the coming years — hopefully close to their daughter’s marital home in Safety Beach.

RELATED: Bundoora woman has funds ‘for the rest of my life’ after shock $1.101m sale

The facade of the much-loved Bundoora home.

There are plenty of spacious living rooms at the house.

And an expansive outdoor entertaining deck.

“The house has been full of love and giggles … you can drop a plate or break a wine glass and no one cares,” she said.

“We’ve had lots of social gatherings and parties and we have a nice outdoor area with a big deck.”

Five bidders showed at the auction, with a $780,000 bid kicking things off.

Ray White Bundoora agent Rayni Jerram said bidding started slow and they had to “work pretty hard to get it on the market”.

“Buyers seem very hesitant to put in an opening bid,” she said.

“But it seems like conditions were a perfect storm … we had over 100 people through the home during its campaign.”

Ms Farrar recounted many special memories had at the family dwelling over the years, including her daughter’s 18th birthday, who also had many parties and “pre drinks with friends” at the house.

Her other daughter, now 32 and married, also had her engagement party at the property, where about 200 people attended.

One of four spacious bedrooms.

The vendor has loved sitting on the airy outdoor deck in summer.

“And we’ve had nearly ten Christmases here, one in excess of 20 people … it’s been wonderful,” Ms Farrar said.

“We’ve been through all the ups and downs, boyfriends and relationships.”

The couple completed a number of upgrades to the home in their time there, including installing a new kitchen, rumpus room, entertaining deck and a “Bali-style” gazebo.

They also landscaped the gardens, knocked down walls and repainted the house throughout.

“We modified it to suit us,” Ms Farrar added.

“It has a lovely, warm feel about it.”

Ms Farrar also noted that her girls had “come and gone” a couple of times, but the home was never too small.

“Everyone can have their own area, and we loved the access to the park,” she said.