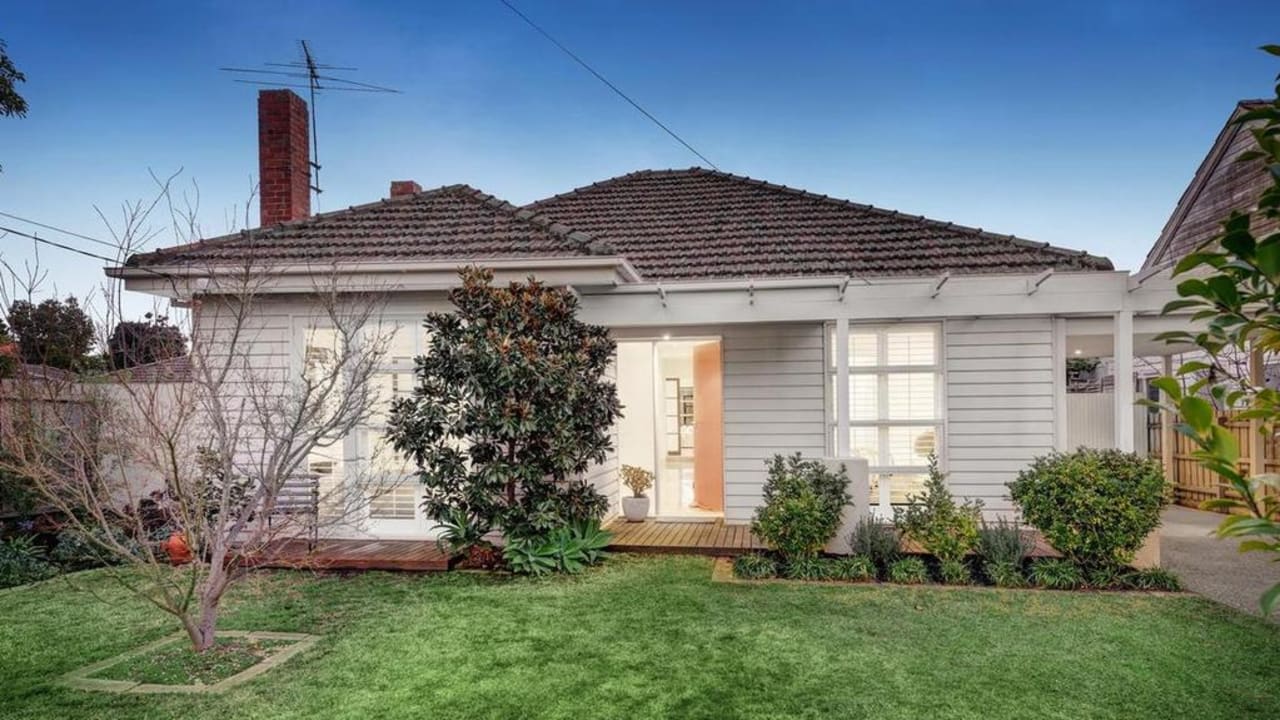 No Comments on Bentleigh pad gifts owners $250k premium, sells under hammer for first time in 30 yearsPosted in Uncategorized By Posted on August 6, 2022

21 Eddys Grove, Bentleigh, sold under the hammer on Tuesday evening.

A four-bedroom timber home in Bentleigh sold under the hammer at its midweek auction for the first time in nearly 30 years — blitzing its reserve by $250,000.

The 21 Eddys Grove pad was initially heading to auction on Saturday, but was brought forward to Tuesday evening after a number of buyers expressed interest in making an offer.

The light-filled kitchen and living area at the Bentleigh pad.

And the undercover alfresco deck, perfect for entertaining.

There are two bathrooms at the home.

Three “strong” bidders went in for the 702sq m property, with a young couple winning the keys.

“There’s a bit of a shortage of nice, family homes in the market,” Mr Renna said.

“A lot of families were interested in this one.

It was called on the market immediately after the opening $1.85m bid and quickly hiked to a huge $250,000 above reserve.

Mr Renna said it was the couple’s first home, who were now downsizing.

Australian hardwood floorboards can be found throughout, while an undercover alfresco deck overlooks the established garden.

The agent said the property was very popular with families.

One of four bedrooms.

“It has a great feel about it,” the agent said.

“It’s updated but not brand new, and the floorplan was important to a lot of (buyers).”

The new buyers are expecting a baby soon and are looking forward to starting a family at the home.

It’s located just off Centre Rd and is close to local restaurants, tram and train stops and supermarkets.

Australia’s ‘Schitt’s Creek’: Entire Victorian town with its own pub up for sale in Gippsland