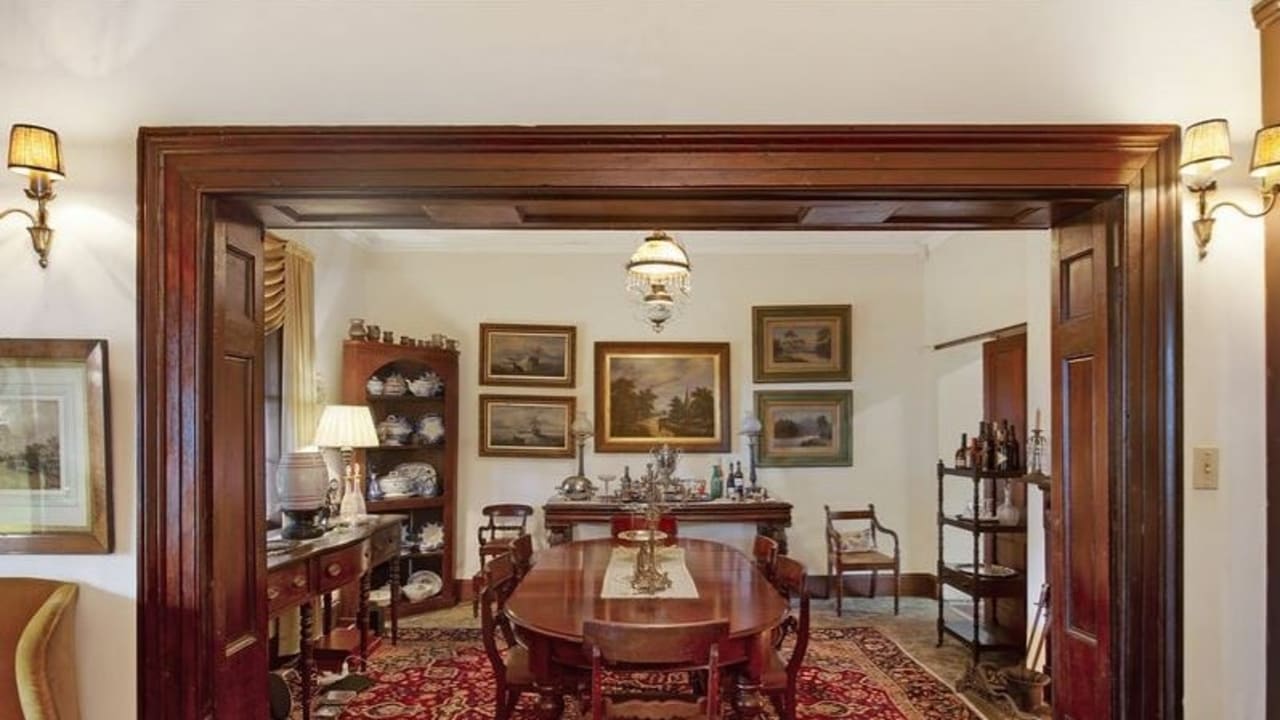 No Comments on Buyers offered ‘step-back through time’ with 1850s Kellyville estatePosted in Uncategorized By Posted on August 3, 2022

A heritage-listed estate with a library, rustic barn, and rolling green hills is providing buyers the opportunity to take a step back through time.

The five-bedroom and two-bathroom property at 1 Eire Way in Kellyville Ridge is believed to be one of the oldest homes in the area.

An undated picture of the Meriville House and Gardens.

Period features are presented throughout the estate, with high decorative ceilings, working fireplaces, and many ornate details reminiscent of a Jane Austen novel.

The heritage-listed residence used to be part of a broader reserve named Merriville Farm, which was initially established for a farmer named Jonas Bradley.

The historic heritage estate has been listed for an undisclosed price.

Back in 1823, Bradley had 100 cattle and 800 sheep and received government grants at the time to help his son William Bradley found the city of Goulburn and commissioned the building of the malting works, flour mill, and tobacco kiln.

Bradley was independently important for his contribution to early agricultural practices in the settlement – it was the site of the first successful tobacco crop in the country and became a model for its cultivation elsewhere.

A historic map showing an overview of the Merriville Farm estate.

It is available to the market for the first time in 30 years and covers 8,245 sqm of land.

Buyers of the home have the option of redeveloping the property, restoring the home to its original state or subdividing the land.

An aerial overview of the estate as it stands in Kellyville Ridge today.

“I’ve sold heritage homes before, but nothing like this has come across my desk,” Mr Koula said.

“Its got a feeling of being in the country while also being a short commute away from the CBD.”

“The home needs to be restored and freshened up, a buyer who works from home could probably make the most of it.”

The current offering at Kellyville Ridge spans over 8,254 sqm.

Over the decades, the Merriville property has passed hands through the Laycock family, the Pearce family, the Scharkie family and was purchased by the current owners in 1993.

Elements of Merriville’s heritage, such as the original farm carriage driveway and farm pump, are located outside the State Heritage Register and remain subject to recent subdivision.

The library is connected by an alfresco walkway which includes games rooms, work spaces and a garage.

Location is a major selling point for the property, being only a 45 minute drive towards the Sydney CBD.