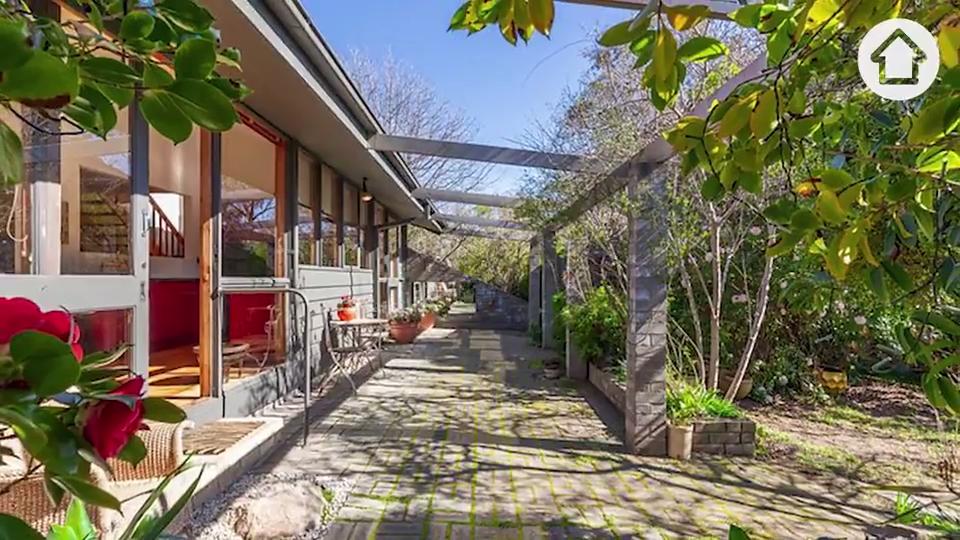 Check out the view from 29 De Lissa St in Evatt.

Hamptons-inspired, this sophisticated and elegant residence is a true standout in Evatt.

“There’s nothing else like it,” said selling agent Cris O’Brien, from Home By Holly.

“It’s one of those homes that’s quite iconic in Belconnen. People know it so I’ve had quite a few people call me saying they have been watching this home for years, hoping it would come on the market so they can actually have a look at what it’s like inside.

The home is iconic.

“The house has evolved since the owners bought it. It has that real Hamptons-style look about it, but the other thing that’s so special about it is the fantastic, magical view of Belconnen and the Brindabellas.”

First built in the 1980s, the five-bedroom home has undergone a significant interior transformation since then.

There was plenty of interest at the first open home.

There are generous, open-plan living areas, while the grand formal living and dining room includes an open fireplace, heritage-style windows and access to the lower balcony.

Ms O’Brien said hundreds of people had attended the first open for inspection.

“There are not many homes like this in Canberra, let alone Belconnen. You’re more likely to find a home like this in the inner-south rather than the Belconnen region, which is why it has attracted so much interest.”

The property is scheduled to go to auction on 5 November at 6.30pm, if not sold prior.

The post Canberra’s most Hamptons-esque home has water views to match appeared first on realestate.com.au.