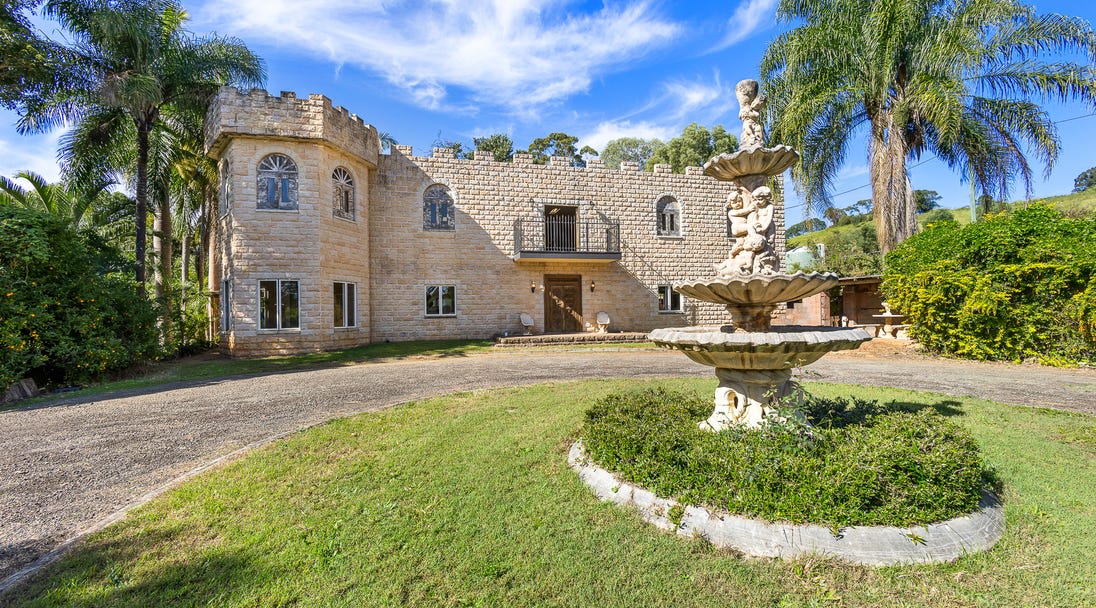 No Comments on Castle in Queensland comes with its own motocross trackPosted in Uncategorized By Posted on July 29, 2022

A three-bedroom, two-bathroom medieval-inspired castle in Wilsons Pocket has hit the market for the first time since the vendors built it 30 years ago and is drawing interest from near and far.

Selling agent Barbara Noble said that she has been surprised in the interest 74 Ormes Road has drawn.

She explained that many of those coming to the inspections say they just had to see it to believe it, including some from interstate.

This castle near Gympie has come onto the market for the first time in 30 years. Picture: realestate.com.au

“It’s the castle design itself that’s appealing, but it does appeal to a select type of person,” she said.

“I’m surprised at the interest. This one woman walked in and said: ‘I just love it!’

The property is accepting offers above $1.5m and there has been one serious offer so far.

Appealing to a niche market, the vendors were inspired by the sandstone bricks and a desire to use them a unique way.

Inside, the home has a grand castle-like layout with a butterfly staircase, secret doors and a Roman pool located off the kitchen.

Ms Noble said that due to the secluded location of the property, many residents nearby weren’t aware of its existence.

With 22ha of land to rule over including a forrest, two dams, a large shed, a Gympie messmate plantation, even a motocross track – the new owners will surely feel akin to nobility.

The home also features a rooftop terrace primed for sunset drinks – or keeping watch in case of an enemy attack, should the need arise.

Sandstone is the main feature of the house and inspired the castle design. Picture: realestate.com.au

Ms Noble said one of the vendors is an artist and has embraced the medieval theme with thrones, swords and chandeliers throughout the home – their hope is that the new residents maintain the castle design.

The post Castle in Queensland comes with its own motocross track appeared first on realestate.com.au.

Castle in Queensland comes with its own motocross track