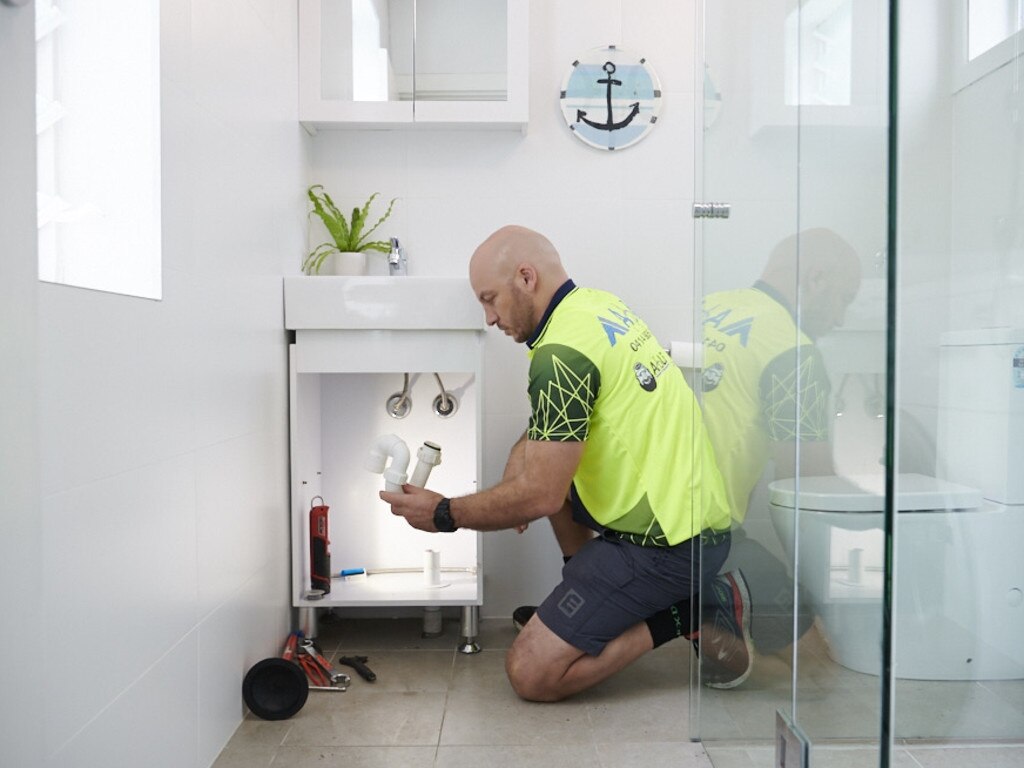 No Comments on ‘DIY disasters’ on the rise as mortgage costs soarPosted in Uncategorized By Posted on August 4, 2022

Sewage running down the front path, hot water taps leaking gas and severe water damage – these are just some of the DIY disasters homeowners are unwittingly creating in an attempt to save money as the cost of living soars.

Tradies have reported an increase in the number of jobs they are called out to that have been caused by homeowners attempting repairs or renovations themselves – with some attending two a day.

Data from tradie platform hipages shows homeowners are delaying maintenance and repairs in an attempt to save money – with many saying they can’t afford to pay for the work.

Homeowners are attempting to fix work that should be done by a licensed plumber.

It comes as the Reserve Bank hikes interest rates by 175 basis points in four months, adding hundreds more to the average mortgage repayment across Australia.

MORE: What the RBA rate hike means for property

Risk of return to ‘bad old days’ for homebuyers

Hipages’ Know Your Home report shows about 40 per cent of homeowners currently have repairs requiring tradie attention in their home, yet close to half of those surveyed would delay a repair because it is considered “liveable.”

Hipages recommends getting three quotes for each job.

Nearly one quarter believe they can fix most things themselves, however, the average tradie says almost half of homeowners underestimate the complexity of a job and that 10-20 per cent of jobs can be avoided if an expert is called sooner.

Hipages chief customer officer Stu Tucker said the soaring cost of living was a major factor in the number of homeowners delaying repairs or attempting them themselves.

“People are trying to save money,” Mr Tucker said.

“Our research shows about 29 per cent of Australian homeowners are delaying repairs required around the home because they can’t afford to get it fixed at the moment.”

Many attempting the jobs themselves face serious financial consequences while putting their safety at risk.

“DIY disasters can be very expensive – in fact more expensive than if they had gotten a tradie to do it in the first place,” Mr Tucker said.

“There are jobs that homeowners should not attempt – ever. These are electrical repairs, a lot of plumbing work, glass repairs – even climbing on ladders to fix the roof or clean the gutters is beyond the realm of most homeowners.”

Sydney plumber Justin Tanios from Levelline Plumbing and Renovations said there had been an increase in the number of dodgy DIY jobs needing to be fixed as homeowners were hit with rising mortgage costs.

“The average mortgage has gone up around $500 in Sydney so people are finding they need to find other ways to save money,” Mr Tanios said.

“If something needs to be done in their home they’re going that way because the cost of living is on the rise.”

Mortgage holders are being hit with interest rate hikes.

He said he has had to redo entire bathrooms after home renovators failed to install adequate waterproofing – a mistake costing $20,000-$30,000.

He said it was common for homeowners to try and fix a leaking tap themselves, only to make the problem worse.

“We’re a nation of DIY-ers, however some of these things can be detrimental to the house if it’s for lease or sale,” he said.

DIY culture is big at the moment.

Alex Taskun from GT Plumbing said homeowners were putting their health and safety at risk by attempting jobs that should only be done by licensed plumbers.

He said there had been a “massive increase” in the number of jobs where householders or unlicensed tradies had made detrimental mistakes over the past nine months.

“It’s costing them nearly double because we have to undo the problem and then fix it.”

A common mistake was connecting sewage to the stormwater system and vice versa, resulting in excrement running into neighbours’ yards.

He said clients were worried about rising interest rates as well as the cost of repairs going up.

The cost of groceries and household goods has gone up.

Mr Tucker said homeowners could potentially save money in the long run by ensuring regular maintenance was completed by a licensed tradie. He said getting three quotes for each job also helped to keep costs done.

The post ‘DIY disasters’ on the rise as mortgage costs soar appeared first on realestate.com.au.

‘DIY disasters’ on the rise as mortgage costs soar