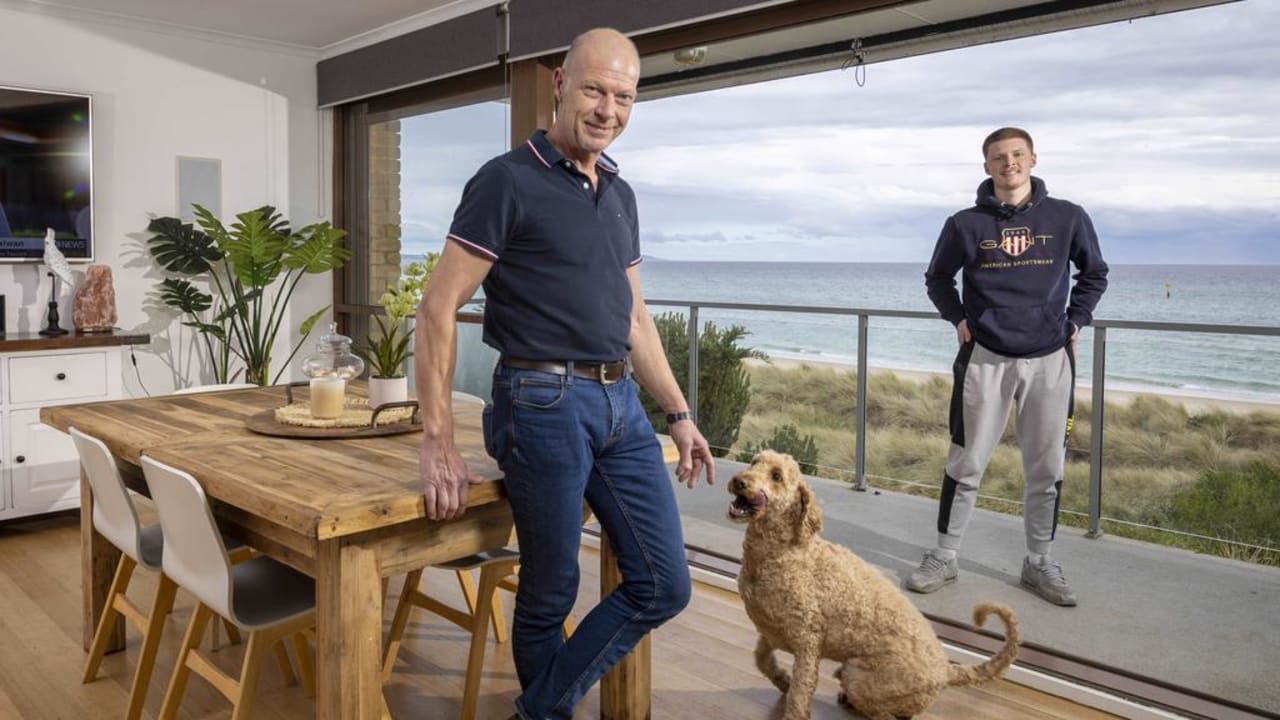 Marco Kuchenmeister first sought out his luxury Edithvale home after living for a year in Rosebud.

“It’s the absolute dream for a German,” Mr Kuchenmeister said.

The two-storey Edithvale home scored a massive premium on Saturday.

It features a chic kitchen with stone benches and Bosch appliances.

Vendor Marco Kuchenmeister with son Ollie and dog Sammi outside the upstairs living room where the auction was held. Picture: Wayne Taylor.

He has lived at the home for the past 20 years and raised his two children there — renting for 13 years and buying the property in 2015 for $1.2m, according to CoreLogic.

She said 110 bids were placed in just 17 minutes, with bidding kicking off at $2m.

A couple searching for the perfect holiday home to share with their children and grandchildren placed the winning $2.631m bid.

Ms Ferguson said the couple missed out on the opportunity to buy a home in Chelsea last year, but were determined to secure this one.

“Most of the bidders for this (property) were seasoned buyers and were aware of the auction process,” the agent said.

She added that the buyers loved the views from the dwelling.

The uninterrupted views from the balcony.

One of the four spacious bedrooms.

Mr Kuchenmeister also talked highly of the views and said he didn’t want to sell, but was downsizing as his children were now grown.

“Every day in that house is monumental … when you look out the window, you don’t need television.”

He added that Edithvale Beach, situated directly in front of the home, was “one of the best beaches in the world”.

“You get the most beautiful sunsets everyday … my dog (Sammi) loves the beach, he has lots of friends down there.”

About 80 groups inspected the home over its campaign.

Australia’s ‘Schitt’s Creek’: Entire Victorian town with its own pub up for sale in Gippsland