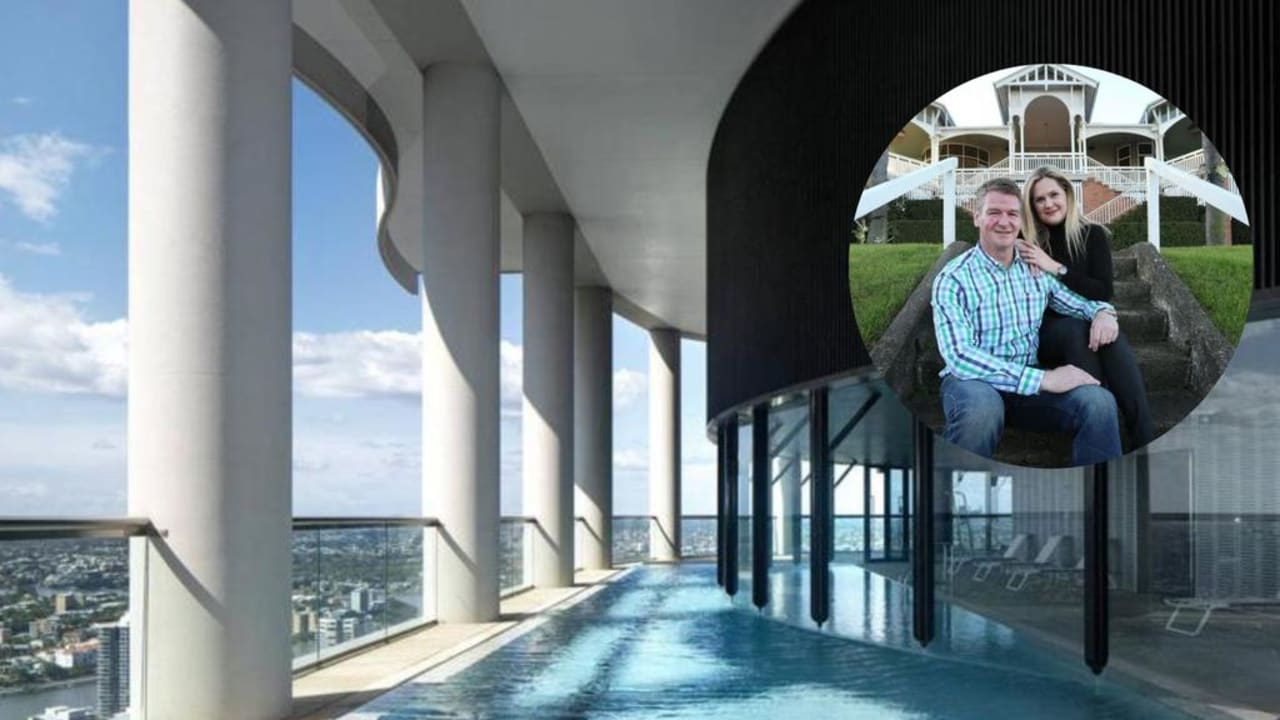 David McMahon has sold a large 323sq m apartment in the Riparian building.

FoneZone co-founder David McMahon has taken one on the chin, selling the last home remaining in his name in Queensland at a $25,000 discount on what he paid four years ago.

He and wife Tracey had paid $2.625m for an enormous one-bedroom apartment in the Riparian building on Eagle Street, holding it for four years during which they relocated to Aspen, Colorado.

The view from the heritage home Cremorne at 34 Mullens Street, Hamilton, which they sold before buying into 4103 at Riparian.

The apartment is bigger than many houses at 323sq m and was originally a three bedroom, three bathroom unit before being converted into a one bedder with a large master suite and media room.

The McMahons have never shied away from paying top dollar for what they want. They bought the apartment on the 41st floor of the Riparian nine months after selling one of Hamilton’s best homes for less than they’d paid two years earlier.

They had bought the heritage listed 1905-built home called Cremorne at 34 Mullens Street for $6.625m off former Bretts Wharf restaurant co-owner Genny Nielson, who had fully restored and updated it. The couple sold it two years later for $5.975m – $650,000 less than they’d landed it for.

The apartment was converted from a three bedder to a one bedder before the McMahons bought it.

Possibly one of the best buildings to see Riverfire from.

At the time they also owned a luxury 212sq m apartment on the 47th floor of the Riparian which they sold two months after buying the bigger 323sq m unit several floors lower down the same building. They sold the 47th floor apartment for $75,000 more than they had paid, getting $1.725m after just a year of owning it.