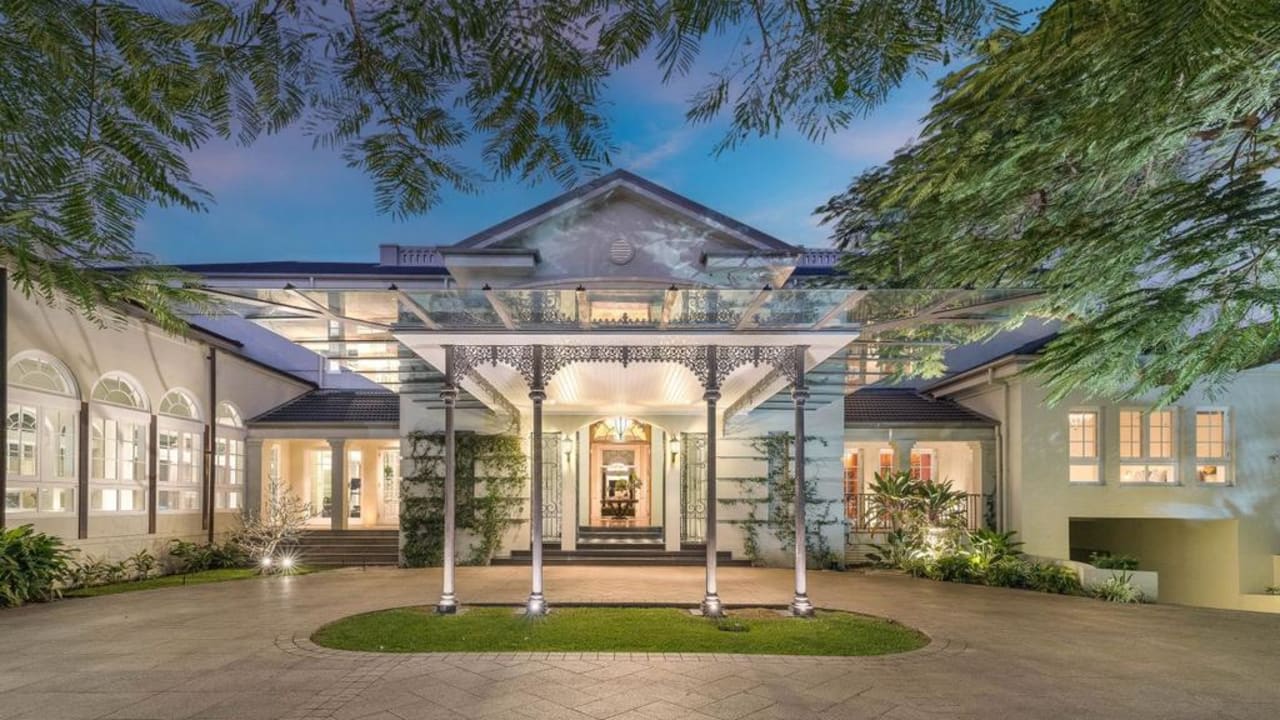 No Comments on French-inspired Southport home angles for offers above $35mPosted in Uncategorized By Posted on August 3, 2022

5 McMillan Court, Southport, is open to expressions of interest.

A French-inspired manor in Southport, which last sold for a record $23.75m, is back on the market and is expected to attract offers of more than $35m.

The tri-level home at 5 McMillan Court, which fronts the Nerang River, is considered one of the Gold Coast’s top trophy homes. It last changed hands in 2021 and at the time was the highest recorded sale in Queensland.

The owners identity remains a mystery.

Since its sale, mystery has surrounded the identity of its owner, which remains unknown after they were granted a rare identity suppression by the Queensland Government.

Rebecca Moffrey of Ray White, who is co-marketing the property with Ray White Burleigh Group principal Tiger Malan, said the owner originally hailed from a beachside location interstate and bought the property with a desire to live on riverfront.

“They have now decided they want to return to the beachfront, which is why they are selling, opening up a rare opportunity to the market,” she said.

The home’s craftsmanship is exquisite.

Listed for less than 48 hours, Ms Moffrey said she had already had a flurry of inquiries with several inspections booked in.

“Most of the interest so far has come from interstate and overseas,” she said.

Titled Alston, the property was once owned and built by bankrupt developer Graham Spottiswood and his wife Suzanne, who bought the block of land for $2.35m in 1998.

It is located in one of the Gold Coast’s most elite residential precincts, close to the TSS and St Hilda’s schools.

It covers more than 2,000sqm of floor space.

Ms Moffrey said it had been meticulously maintained over the years and was in immaculate condition.

Tucked behind wrought-iron gates, the tri-level home covers 2,451sq m and is surrounded by park-like grounds on a block spanning 3,442sq m.

The tri-level home’s distinctly European-style porte-cochere, designed by architect Michael Witty, is unmissable as you cruise along main river.

The home has six bedrooms and seven bathrooms, including those of the luxurious master suite that occupies an entire wing of the house and two guest suites on the lower floor which have a private entrance.

It was the highest recorded sale in QLD at the time it last changed hands for $23.75m.

“The architecture just sweeps you away to the French countryside,” Ms Moffrey said. “You almost forget you’re on the Gold Coast with its beaches just minutes away.”

Having acquired the property little more than 12 months ago, the owner’s almost $8m increase in price from when he bought it may seem ambitious, but Ms Moffrey said the quality, location and cost of rebuilding such an exquisite property justified the price expectation.

“If you look at what other properties have sold for in the location but on smaller blocks of land and needing to be rebuilt, the price is comparative,” she said.

“This is a one-off. Where else can you find a block of land of that size, in that location and with that view. It’s an automatic draw for buyers. And there’s a solid concrete suspended slab on each level. Where would you even find a builder to create something like that in this current environment without having to wait years for it to be built.

The indoor heated pool is surrounded by arched widows.

“The cost of replacement is where the vendor has levelled his price, that is what you’re looking at, but it is an expressions of interest campaign and all offers, no matter how offensive some might be, will be presented to the owner.”

Mr Malan agreed listings such as this were a rare opportunity, even at the top end of the market.

“There are prestige properties, and then there’s 5 McMillan Court,” he said.

“I’ve never seen anything like it, certainly not on the Gold Coast.”

If 5 McMillan Court does sell for more than $35 million, it will be the biggest recorded residential sale in Queensland history.