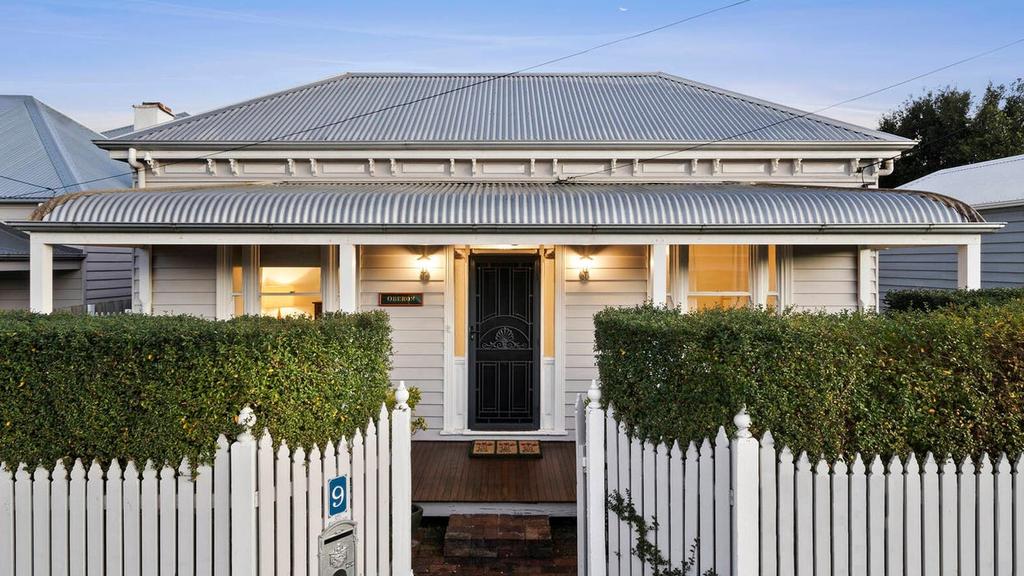 No Comments on Geelong West buyers making a splash on family homePosted in Uncategorized By Posted on August 2, 2022

The prime location of a renovated house in Geelong West proved the motivating factor in a post-auction sale.

The five-bedroom residence at 9 Wellington St sold for $1.275m on Saturday, despite being passed in on a sole $1.24m vendor bid.

But Hodges, Geelong West agent Jeff Begg said the auction drew a family to the property who were keen to negotiate.

The property was offered with $1.25m price hopes.

“We ended up getting $25,000 above expectation – it was a good result and a testament that the auction process can deliver the best outcome for the sellers,” he said.

Auctioneer Jeff Begg passed in the property at 9 Wellington St, Geelong West, on a vendor bid.

Auction volumes have been waning in Geelong this winter as the market cools.

While clearance rates are softening as buyer demand slows, more properties have sold as a result of auction campaigns in Geelong this winter than have been passed in or withdrawn.

“It certainly puts a time frame on the buyer to make a decision by,” he said.

“The beauty about the auction process for the seller is that if a buyer wants to buy a house they need to have all their ducks in a row and their affairs organised by the advertised date.”

The turn of the 20th century Victorian house was among four out of five properties in Geelong West to sell last week. All were listed for auction.

The contemporary kitchen was the heart of the home.

The backyard pool added to the appeal.

“Geelong West is still performing very strong – we might not have as many bidders but the results we are achieving are still as strong as anticipated,” Mr Begg said.

The buyers, relocating from East Gippsland for work, wanted to be close to the waterfront, he said

“As we know when we buy great real estate, it’s all about location.

“At the end of the street is the Woolworths shopping centre.

“You might even enjoy the lifestyle of the Pakington St cafes and shopping hub that’s only a couple of minutes’ walk up at the of the street.”

The train station, CBD and waterfront were a 10 minute walk via a pedestrian overpass, he said.