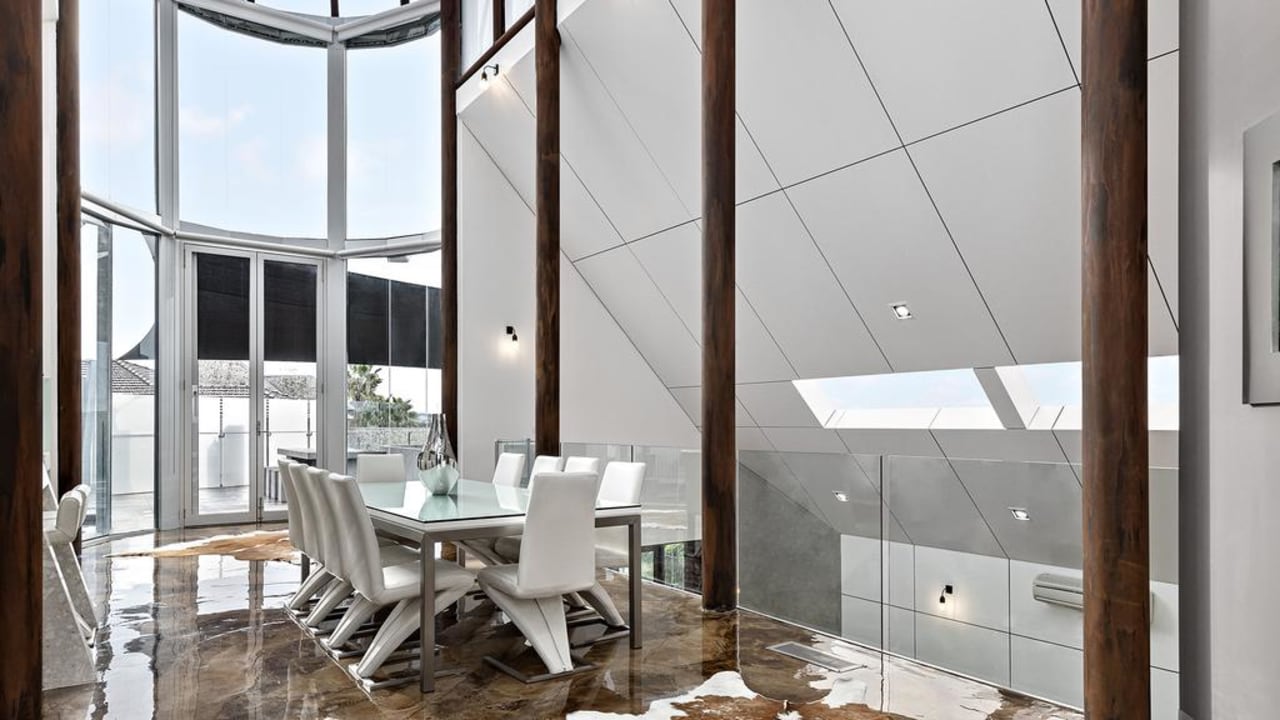 No Comments on Glass-domed home in Keilor comes with rooftop pool and two four-car garagesPosted in Uncategorized By Posted on July 26, 2022

The glass-domed house at 28 Watson Rise, Keilor, is for sale.

A three-storey house with a rooftop glass-domed room, pool, spa and entertaining area with views across Keilor is set to make a splash.

Ray White Ascot Vale principal Adam Hicks said that he and his stepfather sold the 2007-built “modern architectural marvel” at 28 Watson Rise to the owners, who have “completely reformed and revamped the whole property”.

“Even to rebuild now for what the owners have put into it would cost about $3m, it would be very hard to replicate,” Mr Hicks said.

Househunters told to ‘follow the infrastructure trail’ to Brimbank and Monash

He said that a glass lift imported from Italy was due to be installed in September or October.

The owners have also installed a pool on the roof, an indoor glass staircase and downstairs entertaining area showcasing a built-in bar.

The rooftop in-ground roof pool is located under a shade sail.

The impressive exterior of the house.

One of two four-car garages, this one with a hoist.

A large fish tank can be seen set into a wall on the right.

Walk up a spiral staircase to bedrooms “running alongside an atrium style void”, a living space with built-in bar, granite benches and Smeg appliances in the kitchen and a dining room opening through French doors to a balcony.

The penthouse-style main bedroom comprises a walk-in wardrobe, dressing room, balcony and ensuite with a spa.

A chic glass staircase was added by the owners after they purchased the abode.

Views of mountains and Keilor village from the windows.

Hollywood-esque style reflected in one of the bedrooms.

Two four-car garages, including one with a hydraulic system, also feature.

The home is for sale via expressions of interest with a $4.55m-$5m asking range.

Mr Hicks is selling the house in conjunction with Ray White Glenroy’s Bic Nguyen, with inspections are by appointment only.

Enjoy the green vistas in the distance.

A spiral staircase will have buyers in a spin.