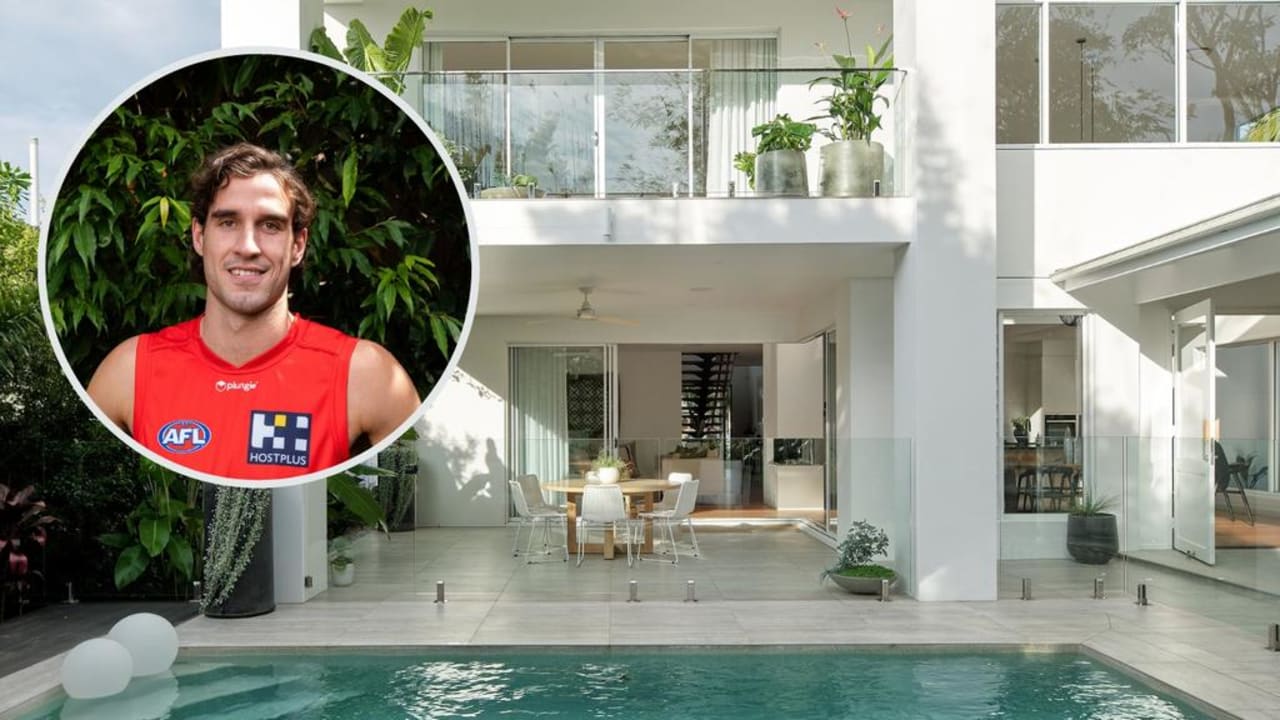 No Comments on Gold Coast Suns player Ben King’s new $3.87m house in BurleighPosted in Uncategorized By Posted on August 2, 2022

GOLD Coast Suns star Ben King is kicking property goals, splashing out on a $3.875 million house on the Coast.

The 22-year-old forward, who has already played more than 50 games in his three-year career, snapped up a luxury house in Burleigh.

Suns player Ben King has bought a house on the Gold Coast.

The house features wooden floors with plenty of greenery.

“He was struggling to secure something being so time poor so he reached out to me,” said Mr Edwards, who heads up buyers’ agency Edwards & Mills.

“He was pretty clear on what he wanted in regards to style.

“Being a boy from Melbourne he liked that modern contemporary Melbourne look but also that coastal boho vibe which is what is reflected in the property.”

The nodern entertainer has plenty of space to relax and unwind.

Ben King of the Suns celebrates a goal during the 2021 AFL Round 16 match between the Gold Coast Suns and the Richmond Tigers at Marvel Stadium on July 01, 2021 in Melbourne, Australia. (Photo by Michael Willson/AFL Photos via Getty Images).

King is set to move into the property before summer.

“It’s great to see young footballers such as Ben investing in their future on the Gold Coast.

“It’s a beautiful place to live and it’s great he’s securing his future in the region.”

The house has a coastal vibe.

Agent Will West of Lacey West Real Estate marketed the property and said King was pleased with his purchase.

“He loves the house, he had a look through it once and said he was interested,” Mr West said.

“He liked the relaxed coastal vibe and its premium location.

“The house also has 2700cm ceilings throughout which helps when you’re a tall footy player.”

it also has high ceilings.

The luxury house, built in 2018, was marketed as a “private tropical oasis” and includes indoor/outdoor living areas, a resort-style pool and media room.

Mr West said he had 18 groups inspect the property despite only having private inspections.

“We had people look from the Gold Coast but also had inquiry from Sydney, Melbourne and overseas,” Mr West said.

“If you’ve got something with a few negatives or a bit further out from the Coast you’re having to do more work with the buyers.”

“There’s not as many buyers out there at the moment but there are still quality buyers.”