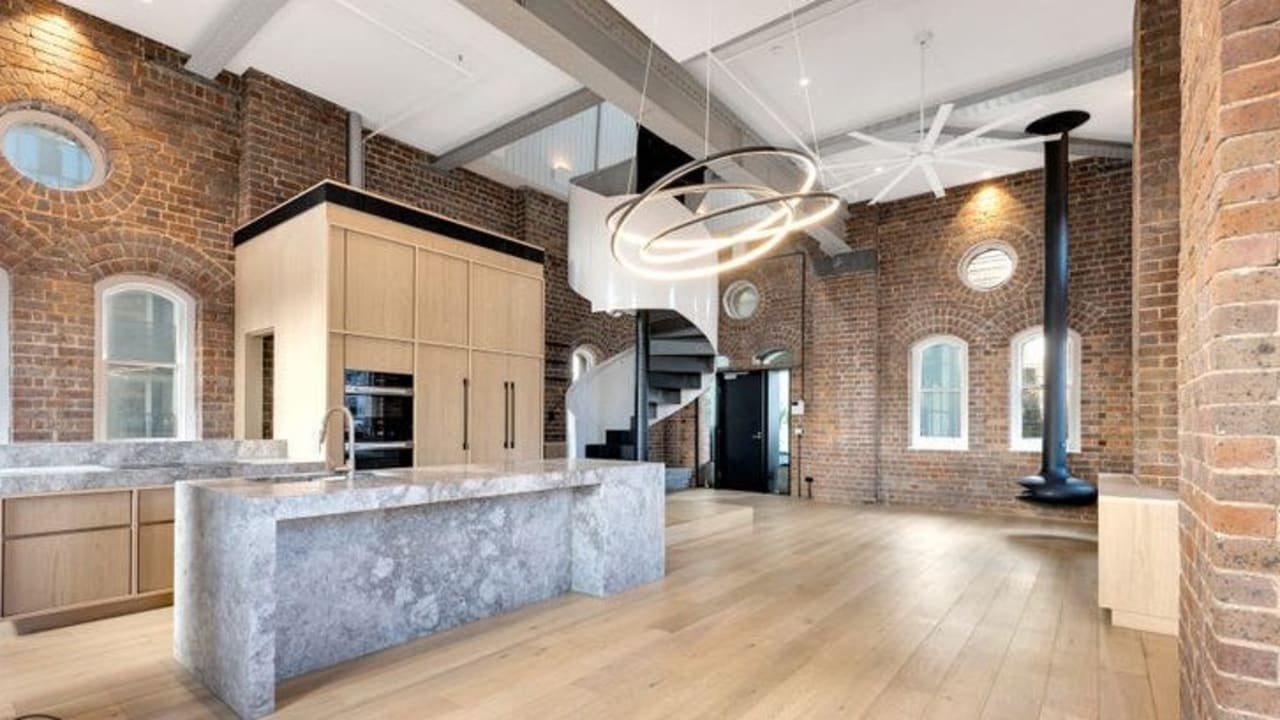 No Comments on Luxe penthouse in former Collingwood brewery gets up to $1m reduction in asking pricePosted in Uncategorized By Posted on July 25, 2022

The three-storey penthouse with a spiral staircase at 601A/2 Mansard Lane, Collingwood, is back on the market.

A massive reduction of up to $1m for a three-storey penthouse in a landmark Collingwood former brewery is set to get buyers frothing.

The “amazing” apartment at 601A/2 Mansard Lane in the historic Yorkshire Brewery was restored as part of a $220 million development by SMA Projects.

Community is key for new sustainable housing complex in Collingwood

Mr Coy said the penthouse’s spiralling staircase was positioned within a “void” measuring about 70 feet (21.336m) tall leading upwards to the bedrooms.

“I think the whole fit-out is absolutely amazing, as you walk in you have the amazing high ceilings and large space,” Mr Coy said.

The apartment complex 2 Mansard Lane, Collingwood was formerly a brewery.

Industrial elegance in one of three bathrooms.

The apartment’s interior was “painstakingly restored” across about 12 months with some materials shipped from overseas, in a project led by Kate Roach Architecture and Design.

“It is a property that has got a story to tell,” he said.

“It was owned by a father and son, the father made beer and the son was the architect.”

The kitchen featuring natural stone benchtops, bespoke cabinetry and appliances by V-ZUG and Miele provides plenty of space for entertaining.

According to the Victorian Heritage Database, the Yorkshire Brewery was established in 1858 by John Wood.

His son, James, designed the present building in 1875 and its foundation stone was laid the following year.

Carlton and United bought the brewery in 1909 and it was later acquired to become an apartment complex.

A view of 2 and 4 Mansard Lane, Collingwood, in the site’s days as a brewery.

Workers in the former brewery.

The home did not sell and was rented out for $1300 per week before Yorkshire Property took over the listing.

“We have had a fair bit of interest, we have had a few buyers phone from interstate, some are others looking to rent it out as investors and others to move into,” Mr Coy said.

The post Luxe penthouse in former Collingwood brewery gets up to $1m reduction in asking price appeared first on realestate.com.au.