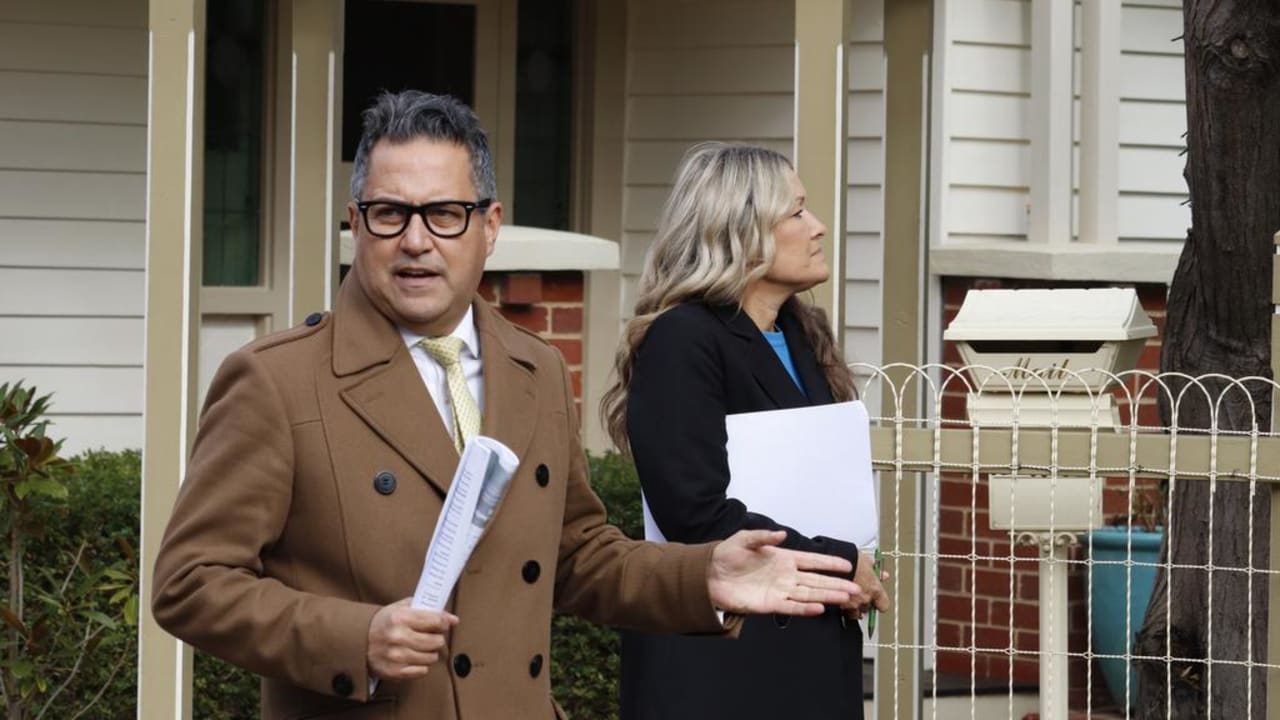 No Comments on Manifold Heights: Young buyers’ dream home beats reserve by $140K at three-way auctionPosted in Uncategorized By Posted on August 6, 2022

Three bidders didn’t leave much off the table in an effort to secure a renovated Californian bungalow offered in Manifold Heights for the first time in 27 years.

Two buyers advocates and a young family matched bids for the four-bedroom house that beat the reserve price by $137,000 at Saturday’s auction.

In the end, buyers advocate Jacqui Middleton landed the knockout bid of $1.706m to secure the home at 31 Girton Cres.

Victoria’s own ‘Schitt’s Creek’ up for sale

The auction started at $1.4m and auctioneer Peter Fort declared the home on the market at $1.57m. The price beat the most recent top sale in the street, also a five-bedroom house, by more than $150,000.

Ms Middleton said the purchasers intend to reside in the property themselves and call Manifold Heights home.

“They are looking forward to moving to the neighbourhood,” she said.

The extension created an open-plan living room and kitchen.

Whitford, Newtown agent Heidi Trempel said seven groups – all younger families – said they intended to bid, though the fast pace of the auction meant some didn’t get the chance.

“All of them were families, younger families generally, and all of them were attracted to the house itself but also the street, Girton Cres. It’s so beautiful.”

Ms Trempel said there was some interest from Melbourne buyers but most were locals.

“A lot of locals know the name and have the advantage of knowing that street, even before they see the house,” she said.

Buyers advocate Jacqui Middleton kept ahead of the competition.

Buyers advocate Tony Slack on the phone with his clients.

A young family were one of the underbidders.

The house has come full circle, with the owners selling up after 27 years after raising their own family in a neighbourhood they said was the best feature of the property.

“For them when they bought it there was no extension, no upstairs,” Ms Trempel said.

“Twenty-seven years they were there and as their family grew, it grew.

“Luckily enough the family that is going to move in don’t have to do anything really, they can enjoy it.”

Manifold Heights is one of Geelong’s most tightly-held suburbs, with the average owner staying about 14 years. The $985,000 median house price has jumped almost 29 per cent in three years, according to PropTrack data.

The workshop-studio in the backyard.

The wraparound deck and spa in the backyard.

Though Mr Fort said homes of this calibre were rarely offered.

Girton Cres itself is renowned for the park and playground in the circle at the middle of the tree-lined street.

“It’s a great family environment and the tree-lined street you would expect to find in somewhere like Canterbury or Balwyn in Melbourne,” Mr Fort said.

The house has four or five bedrooms over two levels and multiple living areas, plus a great backyard and workshop.

“When you walk into the house the first thing that strikes me is the broad California bungalow hallway. Beautiful Baltic pine boards are throughout and it opens up into that fantastic family living area at the back. It’s got all the bells and whistles, it’s a turnkey property.”