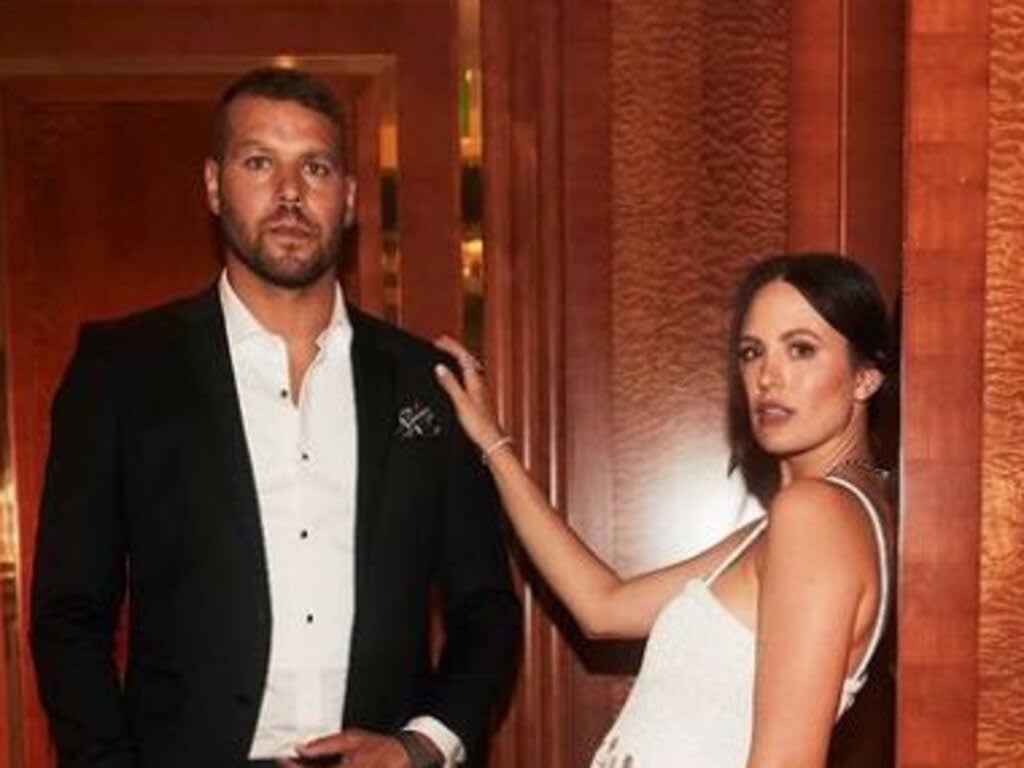 No Comments on Massive clue Lance and Jesinta Franklin are leaving Sydney and the AFL’s Swans behindPosted in Uncategorized By Posted on August 2, 2022

A move to the Sunshine State is looking more and more likely for Buddy and Jesinta Franklin.

With Franklin’s Sydney Swans AFL contract still yet to be signed, whispers the pair are about to sell their family home to move to the Gold Coast are becoming more feasible.

Calls to the man believed to be their real estate agent won’t stop the intriguing speculation, with Paul Biller, of the eastern suburbs, saying, “I don’t have it listed”.

He advised it was not on the books of the Biller Property agency.

However, that doesn’t mean the property isn’t being offered off-market, which is what they did with their previous home sale.

Biller has been the couple’s go-to agent, securing their last sale in Rose Bay in 2020 at $3.8 million.

The semi had been bought two years before their marriage in 2016 at $2.35 million.

The Franklins bought off the plan at this development.

Rose Bay’s median unit price has grown 15 per cent over the last 12 months.

So the Franklins would enjoy a nice profit if they sell.

Their current luxury ground-floor apartment abode was bought off-the-plan in late-2020 and then settled at $5 million in mid-2021.

The rumoured move interstate comes after Franklin’s wife Jesinta, who is about to become an accredited players’ agent with the AFL, revealed the superstar forward has plenty of options in front of him after it was revealed he is unhappy with the Sydney Swans’ current contract offer.

Buddy Franklin at home after the birth of the couple’s second child.

Jesinta and Buddy Franklin sold this Rose Bay home in 2020 for $3.8 million.

Franklin joined the Swans from Hawthorn in 2014 on a nine-year $10 million deal, but a drastically reduced contract has the 35-year-old looking for the door.

Previous reports claimed Franklin was being “lowballed” at $500,000 a season, while Franklin is demanding at least $700,000 as part of any one-year extension package.

This could be Lance Franklin’s last season with the Swans. Photo by Phil Hillyard

‘Iconic cafe that changed Sydney up for sale

The post Massive clue Lance and Jesinta Franklin are leaving Sydney and the AFL’s Swans behind appeared first on realestate.com.au.