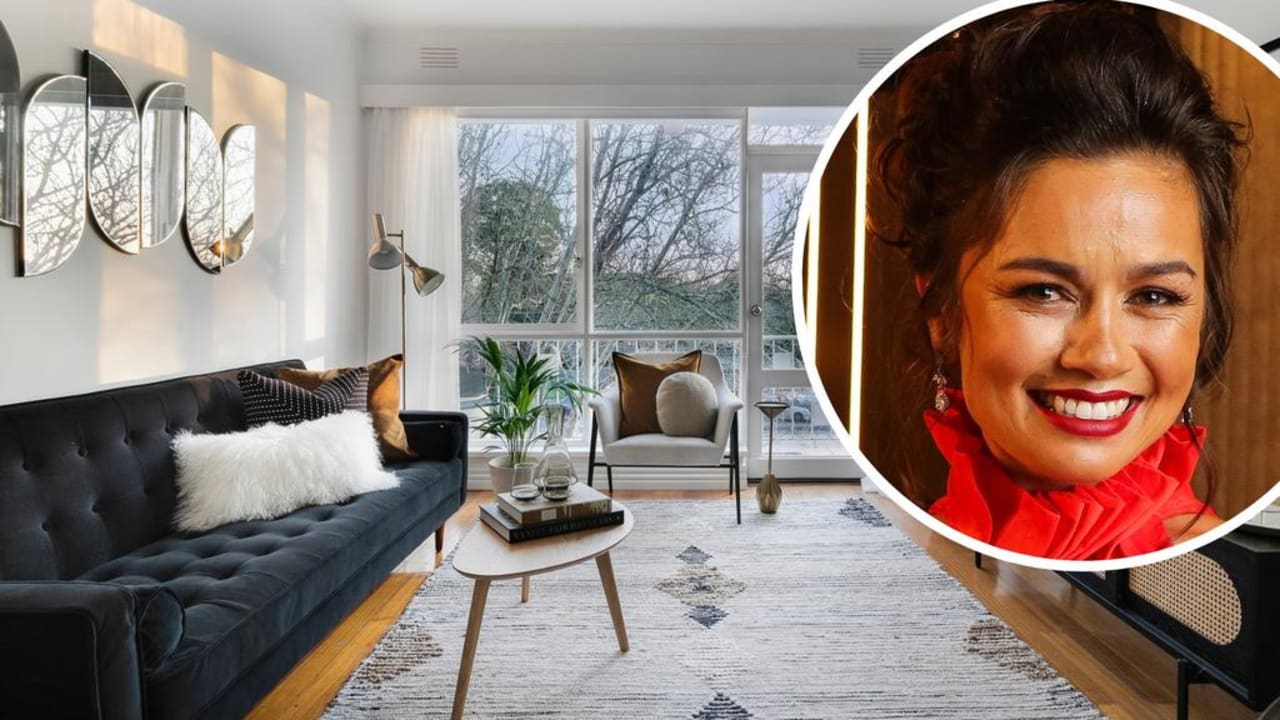 No Comments on Moulin Rouge! The Musical lead Alinta Chidzey farewelling chic Ripponlea apartmentPosted in Uncategorized By Posted on July 28, 2022

Moulin Rouge! The Musical star Alinta Chidzey is selling the Ripponlea apartment where she did a Zoom audition for the show’s lead role.

Chidzey played Satine, portrayed by Nicole Kidman in the Moulin Rouge movie, in the show’s Melbourne run and is now appearing in the Sydney production.

The multi-award winning entertainer has performed in several other stage shows, including Hugh Jackman’s Broadway to Oz, Chicago and West Side Story.

Chidzey and her husband, composer and saxophonist Remco Keijzer, have put their stylish two-bedroom apartment at 8/120 Brighton Rd on the market with $615,000-$640,000 price hopes.

During a Covid-19 lockdown, Chidzey sang, acted and danced in her living room for the Moulin Rouge audition.

“My husband has also made a lot of music there for the band we’re in together, Alinta and the Jazz Emperors,” Chidzey said.

Natural light streams through windows looking out to the balcony.

The kitchen was renovated in a project which increased storage in the room.

The pair are moving to a bigger property so Keijzer can have a music room and office, and their baby daughter will have more space as she grows up.

Chidzey lived in the apartment for 10 years but her best friend Rachel Bickerton, who worked in New York real estate prior to Covid-19, renovated the circa-1970 property this year plus styled and staged the apartment ahead of its August 13 auction.

“It has made the place feel magical and people just fall in love when they walk in,” Chidzey said.

“The lounge is so beautiful, especially at sunset, you get lots of light coming in.

“Because of all the surrounding trees changing colour you feel like you’re in a treehouse.”

The bathroom was also renovated including the installation of a black sink and tapware.

A study nook in the hallway for those who work from home or study.

The living and eating area.

Trendy black tapware was installed in the bathroom and soft-closing drawers and stainless-steel appliances in the kitchen.

A study nook with built-in timber desk and shelving now features in the large hallway.

Chidzey said she loved the apartment’s location close to the beach and her “great neighbours” in the complex who established a communal vegetable garden together.

One of two bedrooms which both have built-in wardrobes.

Belle Property St Kilda agent Julian Cannata said the home’s renovation had made it popular with couples and first-home buyers.

“Lots of people have liked the access to public transport and Ripponlea Village, Ripponlea train station is just a few minutes away and Rippon Lea Estate is just around the block,” Mr Cannata said.

The apartment has a balcony, heating and cooling, laundry facilities, intercom and a car space.