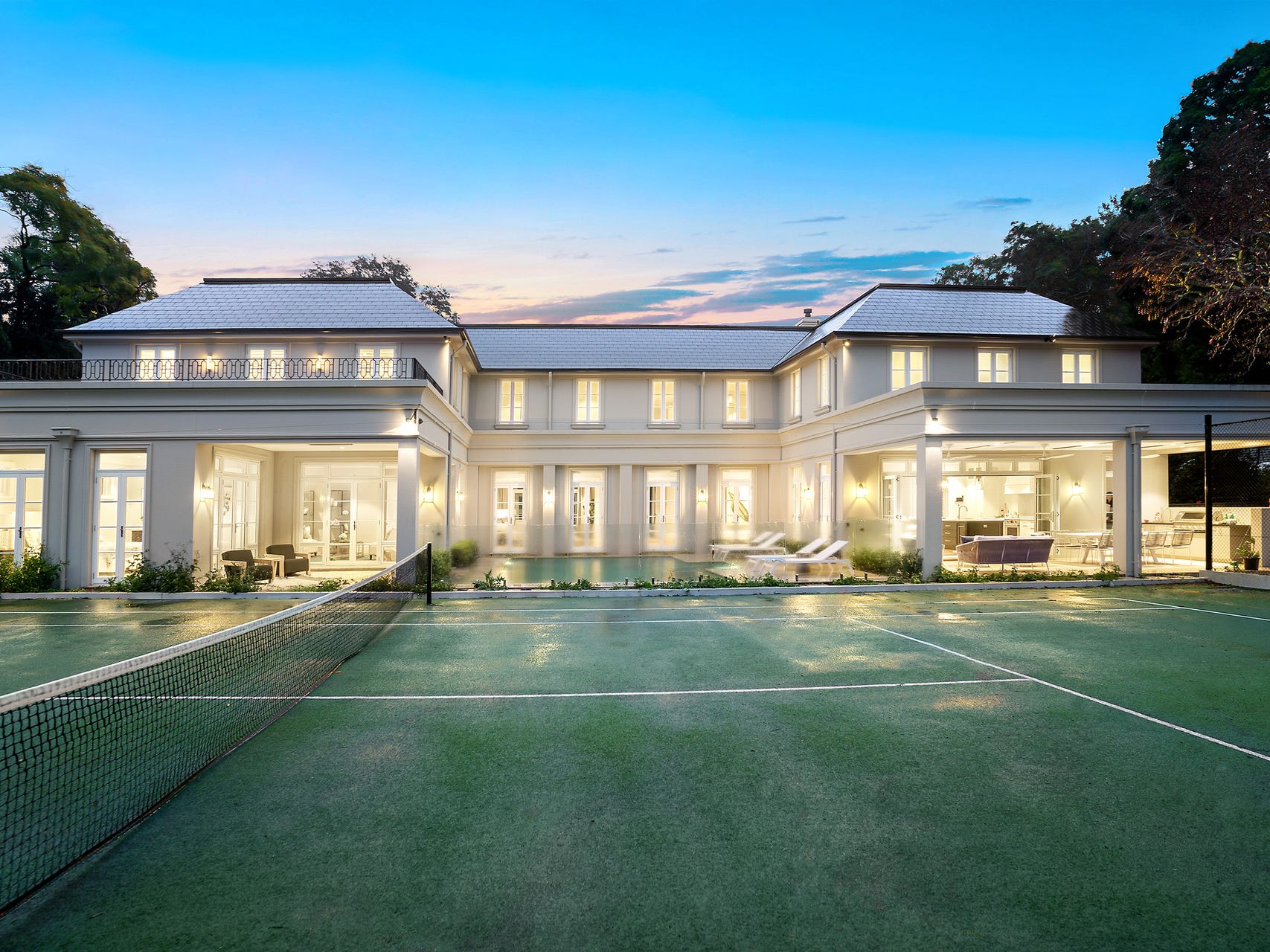 No Comments on Opulent family estate in Wahroonga’s golden triangle lists for $10mPosted in Uncategorized By Posted on July 28, 2022

A grand family residence in a prestigious pocket of Sydney’s Upper North Shore has hit the market with an asking price of $10 million.

Resting in a private garden setting, the six-bedroom, four-bathroom stunner at 27 Braeside Street in Wahroonga boasts an impressive 840sqm of rare luxury.

It was built in 2020 by the award-winning Felton Homes.

“And given that the home is only 18 months old and in a heritage conservation area, it means it is irreplaceable.”

The interior styling is luxe and opulent. Picture: realestate.com.au/buy

Depicted as “a melange of custom elegance with bespoke appointments”, the property boasts a grand formal living area and a sweeping layout of relaxed family and dining zones.

The epic entertainment offerings include an all-weather terrace, swimming pool and spa, championship sized tennis court, and a home cinema.

Mr Fraser said the home’s accommodation offerings – which includes a sumptuous main bedroom suite and teenager and guest wings – has caught the attention of local families in the area looking to upgrade.

“We’ve also had interest from buyers from the eastern suburbs, Lower North Shore, and returning expats,” he said.

The property is in what is often referred to as Wahroonga’s ‘golden triangle’, famous for opulent homes, wide and quiet streets, and proximity to prestigious schools such as Knox and Abbotsleigh.

It is scheduled to go to auction on Saturday 30 July.