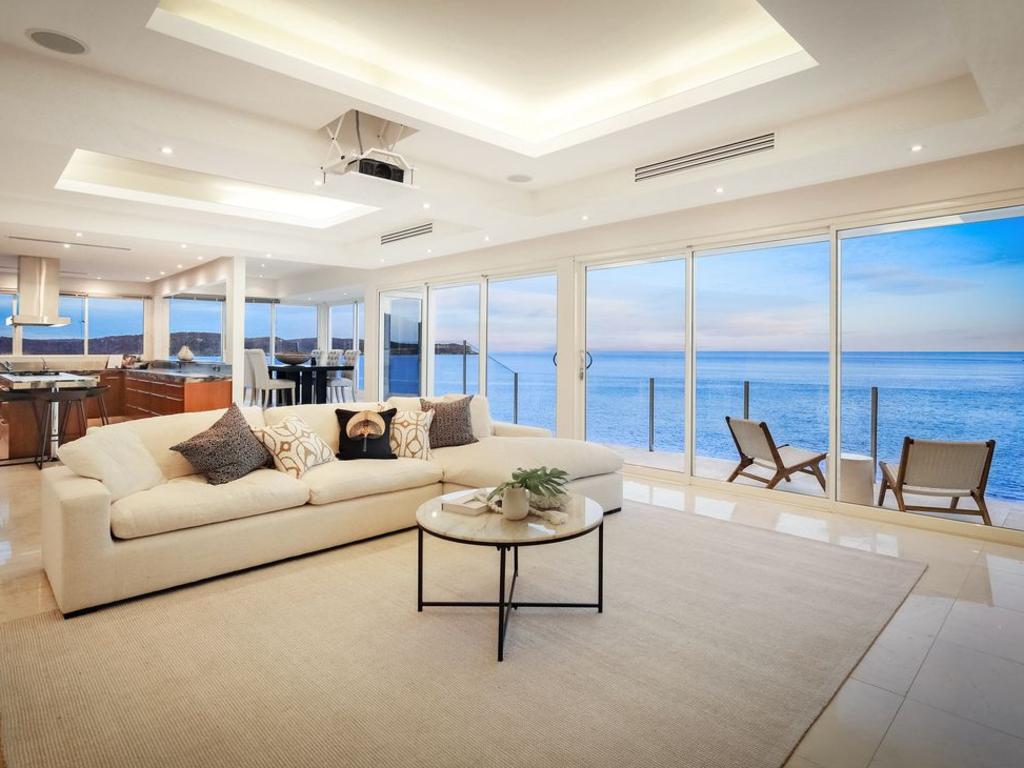 Seascape was sold by the O’Neill family through Stuart Gan at Central Coast Realty just 16 days into its marketing.

Gan’s record price won’t last too long as an architect-designed home on Gem Rd, which was listed with $6.5 million to $7 million hopes has gone under offer.

Last traded in 1988 as a building block for $500,000, the three level, five bedroom home comes with 45m of beachfront with boatshed.

It was 2007 when the destination had its first $5 million sale after BridgeClimb founder Paul Cave secured his weekender.

Imagine waking up to this every morning.

There was a $5 million off-market sale earlier this year when Gan sold a 1960s Coral Cres beachside cottage to Trish Affleck, a semi-­retired stockbroker who was living at a nearby property.

The three-bedroom cottage on 670sqm had been sold six times since selling at $1 million in 1998, with three of the ­prices falling backwards during downturns.