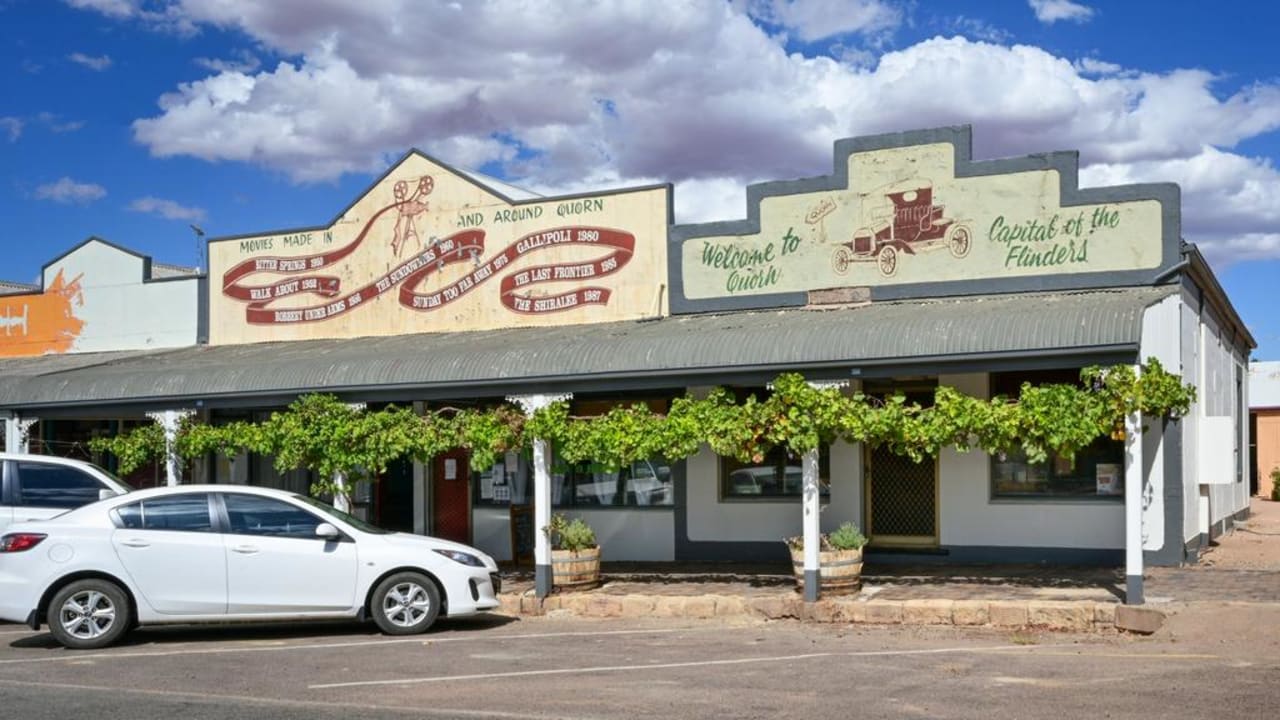 No Comments on Rare ‘four-in-one’ property offers multiple choicesPosted in Uncategorized By Posted on August 3, 2022

At a time when living costs are soaring, the prospect of earning additional income with the purchase of a home can be music to the ears.

Located in the historic small town of Quorn in the Flinders Ranges, the property for sale at 39 First St includes, not just a residence, but three shops as well.

The town has been featured in umpteen number of films and the property’s facade lists many of the popular movie titles with an artistic flair.

According to Jason O’Halloran of Ray White Port Augusta/Whyalla, who has presented the property to market, the facade is arguably “the most photographed one in Quorn”.

“The town is very popular with film shoots and there have been many movies filmed here over the years,” Mr O’Halloran said.

“The property is all under one title and comes with a couple of business aspects. Apart from a spacious two-bedroom home, there are three shopfronts.

“The first is ‘The Wash House’, a local laundromat that the vendor owns and operates. It’s very popular with a large number of backpackers coming to the area. Right next to the laundromat, is a hairdressing salon which is currently rented out.

“The final shop is being used as a studio. The vendor is an artist and he uses that space to create artworks.”

While the different facets of the property will appeal to prospective buyers, the location is an advantage as well.

The main residence is housed at the rear of the 1200sqm allotment. Apart from the two bedrooms, there are two living spaces – a formal lounge and open plan living and dining area. The kitchen, dressed up in a cheerful yellow hue, has an old world charm.

There’s plenty of outdoor entertaining space and area for gardening enthusiasts. Apart from fruiting vines, there’s an assortment of fruit trees, a garden shed, and two rainwater tanks as well.