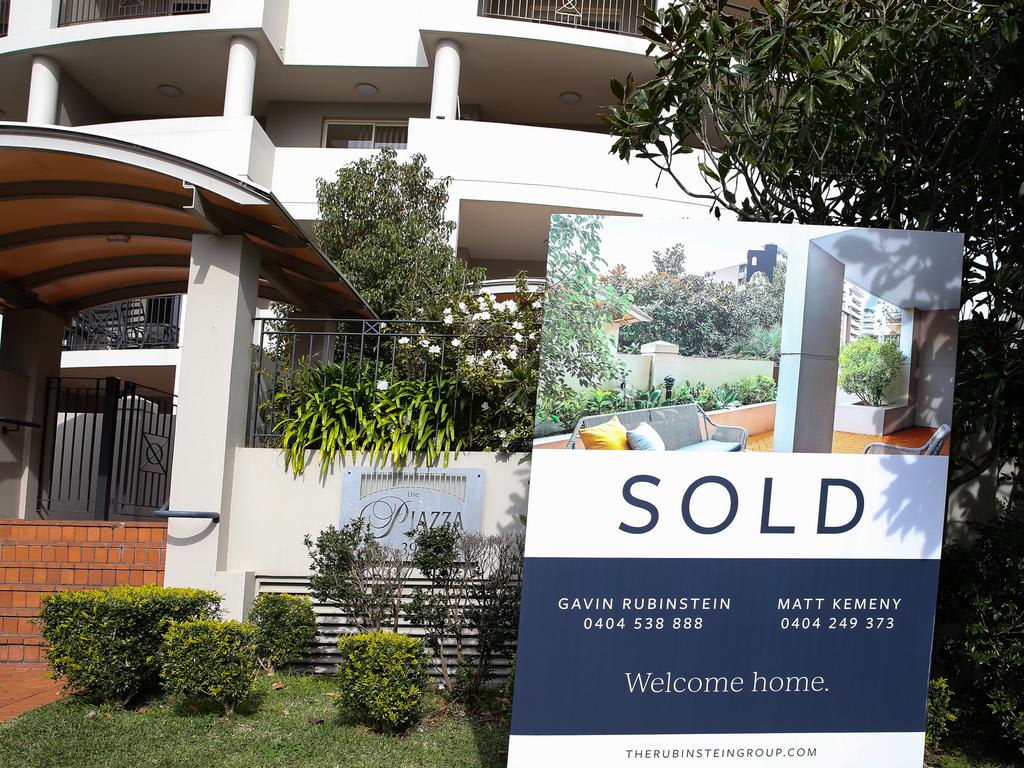 No Comments on RBA hikes rates again as Sydney and Melbourne lead the property downturnPosted in Uncategorized By Posted on August 2, 2022

Cost of living pressures, soaring mortgage repayments and the “negative wealth effect” of falling property prices have seen would-be buyers pull back from the market after two years of unprecedented growth.

It comes as property prices fall across the country with recent modelling suggesting the worst is yet to come.

The RBA increased interest rates by 50 basis points on Tuesday, bringing the cash rate to 1.85 per cent from 0.1 per cent in just four months.

The 175 basis point jump marks the fastest increase since 1994, with the average Australian homeowner paying about $600 a month more in mortgage costs than they were in April.

Market watchers say this rapid increase in interest rates could see fewer buyers in the market, which could lead to a further drop in values.

The RBA hiked rates for the fourth month in a row on Tuesday.

PropTrack Senior Economist Eleanor Creagh said Sydney and Melbourne were leading the way when it came to falling property prices.

PropTrack recently forecast a decline of up to 15 per cent nationally by the end of next year, with Sydney and Melbourne property potentially falling up to 18 per cent.

National values dropped 1.6 per cent since the peak in March, while prices in Sydney and Melbourne fell more than 3 per cent.

Ms Creagh said while increased mortgage costs would tighten the borrowing capacity of buyers, those who were in a position to buy could find themselves in a more favourable market.

“For those looking to get into the market, there will be less competition and a lot more choice that could create opportunities for some.”

“We are already seeing the effects of rate hikes in the form of falling property prices,” he said.

“It’s evident that rising borrowing costs, along with broader increases in the cost of living, mean people simply can’t borrow as much as they could even six months ago.”

“This is not only pushing prices down but seems to be causing some would-be buyers to hold off completely for the moment.”

Sydney buyers agent Lloyd Edge said he was expecting prices to fall as much as 15 per cent from the peak by the end of this year in Sydney and Melbourne.

He said while homebuyer sentiment had cooled in the major centres, he was still receiving inquiry from investors looking to take advantage of strong yields in regional areas.

“There’s definitely a slowdown in Sydney and Melbourne,” he said. “It’s very much a buyers market.”

He said a slowdown in buyer activity would inevitably put further pressure on rents.

“We are transitioning into a buyer’s market, which could mean people will be a little more reluctant to sell,” he said.

“Some vendors may think that there is more downside in terms of price reduction to come and will want to get ahead of the curve, but there won’t be a mass sell-off due to interest rates even with the current pressure on household budgets.”

‘Gone in days’: why rent crisis is getting worse