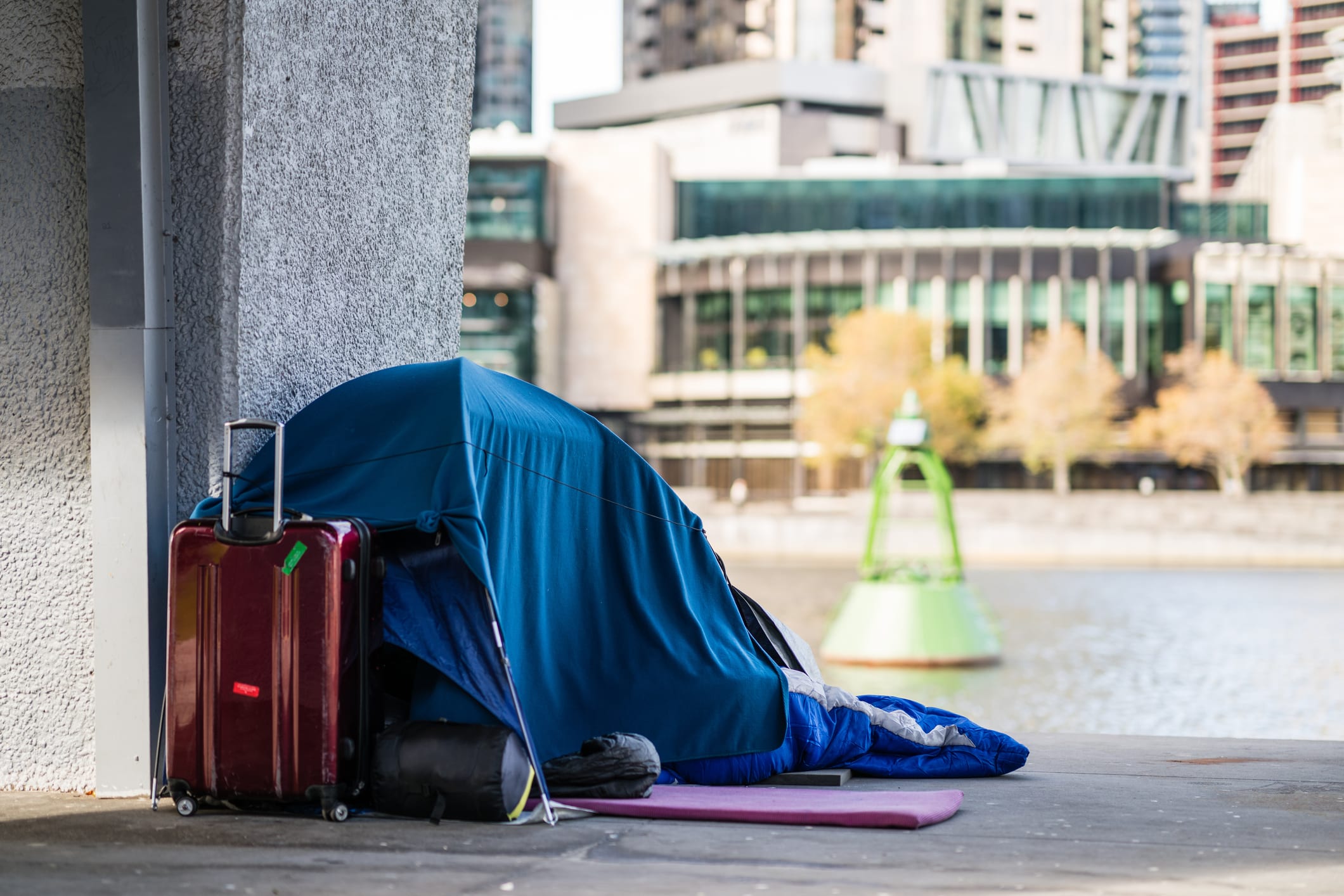 No Comments on Rental crunch and cost of living woes putting Aussies at risk of homelessnessPosted in Uncategorized By Posted on August 3, 2022

Rising cost of living pressures and worsening rental affordability are putting some Australians at risk of homelessness, leading experts have warned.

Strong demand and a limited availability of properties is pushing up rental prices across much of the country – by 7% year-on-year as of June at a national level.

“The rental market is currently extremely tight, with many people looking for properties at a time in which the supply remains insufficient,” Mr Kusher said. “It appears unlikely that relief is on the way any time soon.”

In fact, things are likely to get worse before they get better, with the return of overseas migrants set to see conditions deteriorate further.

“This is likely to be most evident in Sydney and Melbourne, where rental demand and prices dropped throughout the pandemic but are now rebounding rapidly,” he said.

The Salvation Army is concerned that many households are in such precarious financial situations that homelessness is a growing risk for some.

The risk of homelessness could rise for some Aussies on the back of the rent crunch and cost of living pressures. Picture: Getty

Jed Donohue, the charity’s general manager of homelessness, said a chronic lack of accessible and affordable rental accommodation is pushing a growing number of Aussies to the brink.

“It seems there is a belief out there that homelessness is something that happens to ‘other’ people, but I see people from all walks of life who have found themselves without accommodation,” Dr Donohue said.

“It doesn’t take much to lose a home, just unfortunate circumstances that once in play, can’t be easily reversed.”

For example, 11,604 Aussies reported living in ‘improvised’ accommodation in 2021, according to Salvation Army data.

That could describe living in a tent or a car, with ‘rough sleeping’ – or what’s seen as ‘typical’ homelessness by most – only accounting for 7% of the total people without a home.

A shortage of rental properties is forcing up prices. Picture: Getty

“We are seeing more people in rural areas seeking our help because there simply aren’t enough places up for rent and, if they are, they are unaffordable.

“Moving elsewhere doesn’t help – it is a growing problem everywhere.”

Megan Nethercote is a senior research fellow at RMIT’s Centre for Urban Research, specialising in housing and homelessness issues, and said up to half of renters could already be in ‘rental stress’.

Rental stress occurs when a tenant is forced to fork out more than 30% of their income on accommodation.

“The plight of renters looks set to worsen as the knock-on effects of rising interest rates filter through to renters and combine with cost of living pressures,” Dr Nethercote said.

“The risk of some renters falling into homelessness is real and high.”

More than 11,000 people last year reported to the Salvation Army that they were living in ‘improvised’ accommodation like tents. Picture: Getty

Rapidly rising interest rates could see some landlords pass on increased cost to tenants, while other property investors may sell up as real estate market conditions shift, she said.

“Renters represent a growing cohort. Once a route to homeownership, private rental is now a tenure destination.

“Renters deserve homes that are affordable, provide adequate security of tenure, are well-maintained and have appropriate provisions for tenant representation.

People on low incomes, those relying on welfare support, women experiencing family violence, and older Australians are most vulnerable to insecure housing situations.

“Each year, an estimated 7690 women return to perpetrators because they have nowhere to go, and an estimated 9120 women become homeless,” Dr Donohue said.

The charity’s chief executive officer Sharon Callister said the reasons were mixed and complex, but two-in-five said their employment had been impacted, forcing them into financial distress.

“This can have a ripple effect on their lives without access to the right intervention.”

The government is working on a housing plan to address critical issues. Picture: Getty

In an opinion piece published in The Daily Telegraph today, Housing and Homelessness Minister Julie Collins said 116,000 people were homeless on Census night in 2016.

“As we mark Homelessness Week, it is a figure that must force action to address the challenges facing Australians who are homeless,” Ms Collins said.

“Figures from the 2021 Census on homelessness released next year are sadly likely to show an increase in the number of Australians who are homeless.”

The government is committed to devising a National Housing and Homelessness Plan, the centrepiece of which will be short-, medium-, and longer-term reforms, she said.

And legislation will soon be introduced to enact a $10 billion Housing Australia Future Fund to build 30,000 social and affordable dwellings in five years.

The post Rental crunch and cost of living woes putting Aussies at risk of homelessness appeared first on realestate.com.au.