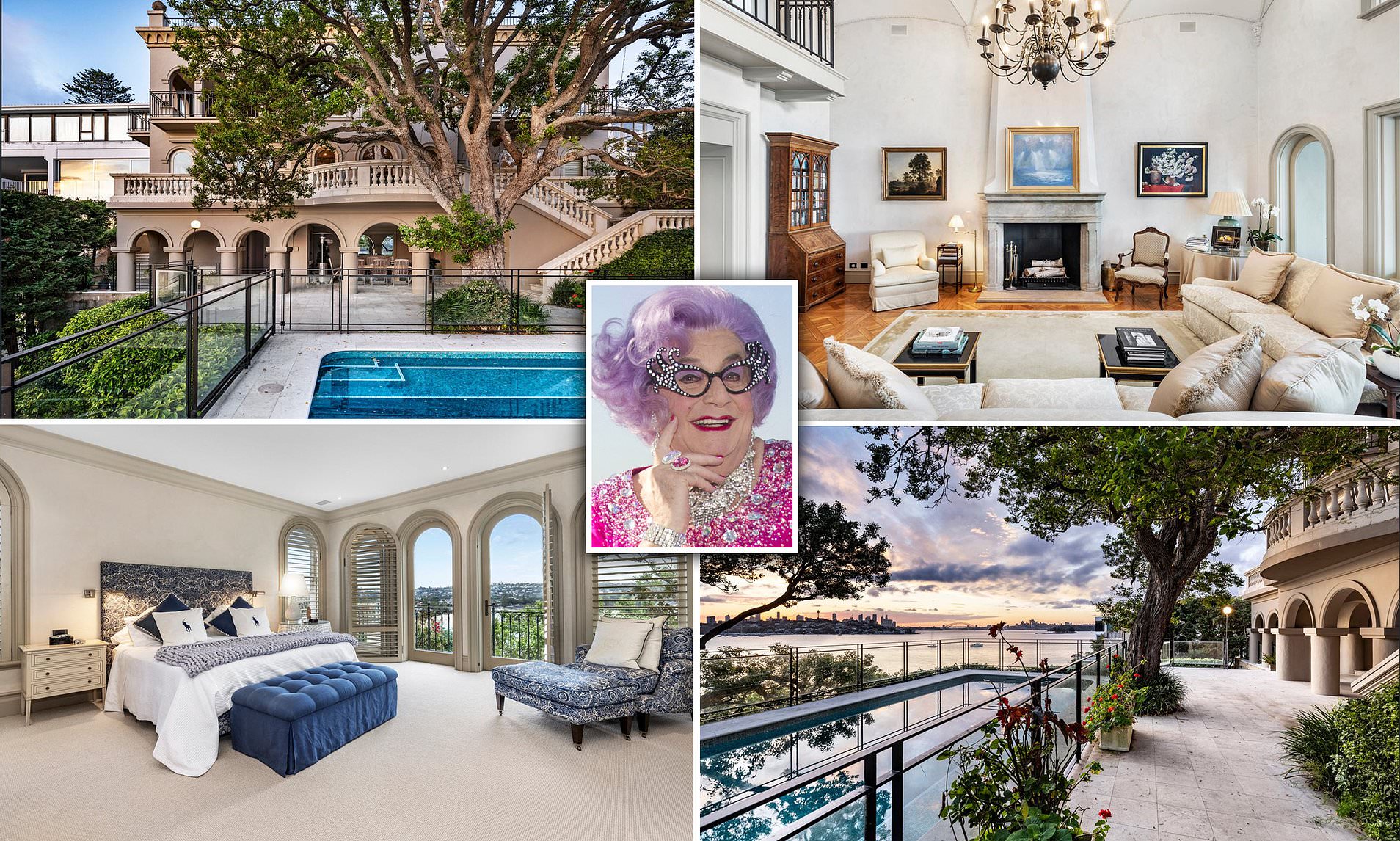 12 Tivoli Avenue, Rose Bay, has expectations of $45m in an expressions of interest campaign.

The Rose Bay waterfront, Villa Florida, that entertainer Barry Humphries sold in 1991 for $2.52 million has hit the market with hopes of $45m.

The listing agent, Monika Tu of Black Diamondz, couldn’t be contacted this afternoon but other agents who have been quietly showing the seven bedroom, nine bathroom home with four-car garage at 12 Tivoli Avenue say that was the owners’ price expectation.

The current vendors are stockbroker Brent Potts — a former stock exchange vice chairman and chairman of Blue Ocean Equities — and his wife, Pauline, who bought the Venetian-inspired landmark home for $9m in 2000.

Built in 1928, it was renovated in the 1950s but the Potts called in Michael Suttor Architects for its most recent transformation.

The house, which is rich in architectural grandeur, boasts a swimming pool and extensive views across the harbour from Rose Bay, to the city and the Harbour Bridge to the north shore.

The Venetian-inspired residence has beautiful gardens.

Among its attractions are a grand courtyard plaza, sweeping terraces for entertaining down to the water’s edge, an additional two-bedroom apartment, drawing room and a poolside loggia.

The current Rose Bay record was set in 2018, when the retail billionaire Brett Blundy sold his Bayview Hill Road Home for about $43m.

Queen of the turf, Angela Belle McSweeney, who lived at 6A Tivoli Avenue for 50 years, told the Wentworth Courier in 2018 of her memories of Humphries.

“My mother became quite friendly with him and he used to call her ‘Molly the friendly neighbour’,” McSweeney told me.