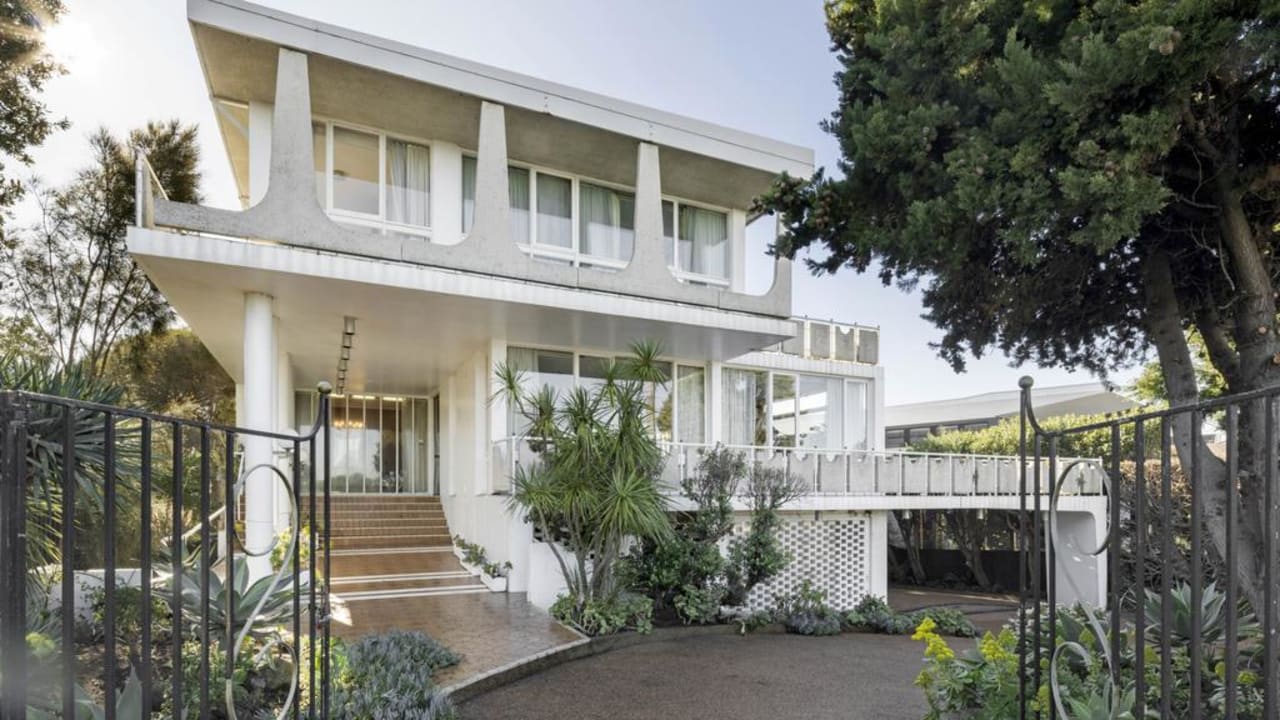 No Comments on Saade House, Black Rock: Incredible Beach Rd modernist mansion for salePosted in Uncategorized By Posted on July 28, 2022

One of Melbourne’s most incredible mid-century homes has hit the market on Beach Rd.

‘Saade House’ at No. 344 along the iconic Bayside stretch in Black Rock sits on a slight curve in the road, with 360-degree views of the bay to Geelong, Dandenong Ranges and CBD.

But it’s what’s inside that would make most property perusers lose their breath; the five-bedroom house is a design masterpiece of bars, wallpapers, lavish tiles and mirrored walls.

A curved staircase is a floorplan and design focal point.

An entire bar area on this level.

Marshall White Bayside director Matthew Pillios, who shares the listing with Oliver Bruce, said it was “one of the greatest” properties he had ever listed.

“The house is very, very well known,” he said.

A mirrored wall in the dining corner.

How about this spa in the main bathroom?

Bayside Council post-war heritage study documents state the home was constructed in 1975 for the Saade family to designs by architects Holgar & Holgar, and built by Rex Anthony Doran.

“It is suggested that the house, designed for ‘Messrs Saade’, was commissioned by the Saade sons to pay tribute to their father, and emulates a grand residence left behind in Lebanon,” study documents state.

A perfect perch, too.

Holgar & Holgar produced a number of large-scale residences for clients in suburbs including Toorak, Brighton, Caulfield, Beaumaris and Heidelberg from the late 1950s to the 1970s.

These projects celebrated the technical, architectural and expressive possibilities of concrete.