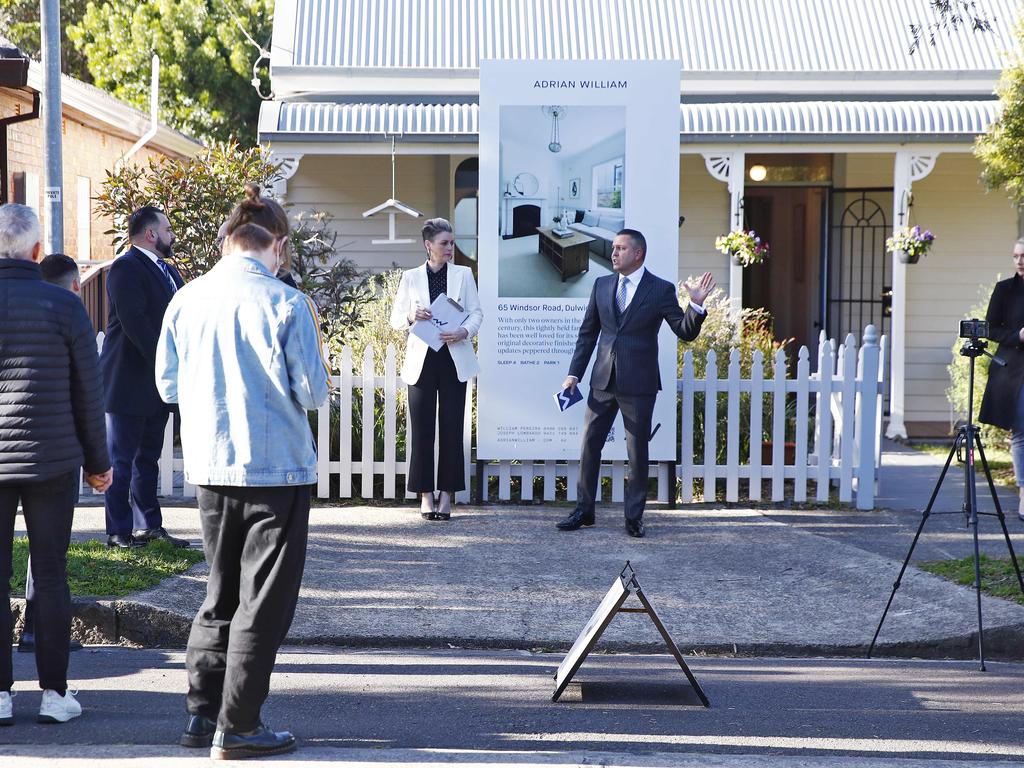 No Comments on ‘Sell now’: warning for Sydney property sellers sitting on fencePosted in Uncategorized By Posted on August 4, 2022

Homeowners considering a sale have been warned they may have to accept a lower price if they list next year.

Recent rate hikes are expected to have a slow effect on the market and the full force of higher lending costs is likely to be felt next year, experts have revealed.

PropTrack modelling predicted Sydney home prices would drop a total 18 per cent by the end of 2023, but the model also noted most of that decrease would occur next year.

Home prices dropped a total 3.4 per cent over the past five months and it’s meant the typical Sydney home is about $35,000 cheaper than in February.

An additional 15 per cent drop in prices following the most recent falls would wipe out another $150,000 from the average value of Sydney homes.

This would mean the median price of a Sydney home at the end of 2023, taking into account sales of units, houses and townhouses, would be about $185,000 lower than in February 2022.

“Buyers can’t pay the prices we had earlier this year given it costs so much more to borrow money,” said PropTrack economist Paul Ryan.

Runaway inflation has forced the Reserve Bank to raise the cash rate 1.25 per cent since May – the fastest rise in 28 years – and more rises are expected to be announced, including at the bank’s next board meeting on Tuesday.

“The other intricacy of this is buyers don’t know how much rates will go up,” Mr Ryan said.

“Some would be looking at what rates could be and saying ‘well, maybe I won’t bid so aggressively’. There will be others who will wait to see what happens.”

My Housing Market economist Andrew Wilson said homeowners who were considering upsizing may be better off selling sooner, rather than later, as they would be able to lock in a higher price for their current home, while purchasing their new home for a discount.

He added that homeowners’ individual circumstances should be the main determinant of whether they chose to sell, but there were downsides to delaying too long.

“For those who can, it may be advantageous to sell now,” Mr Wilson said. “We know the market is easing … you may have to accept a discount on the sale, but you will get perhaps a bigger discount on the trade up.”

Mr Ryan said other market changes outside of interest rates suggested more price falls were on the cards.

A buyer shift to coastal suburbs and other “lifestyle” markets, a trend that dominated the market during last year’s lockdowns, appeared to be unravelling, he said.

“There is a resumption in demand for being near amenities,” Mr Ryan said. “Commutes are more of a consideration again.”

Sydney regions with some of the biggest price falls included the northern beaches.

It led last year’s boom and house prices across the popular region were an average of over $2 million earlier this year. In popular suburbs like Fairlight and Manly, prices averaged over $4 million.

Mr Ryan said this market could have overheated. “Prices may have went ahead of themselves and there has been a bit of a reversal of that move to lifestyle (suburbs) we saw last year.”

Stronger markets across Sydney were the suburbs around Campbelltown and Liverpool, which were still attracting high buyer demand.

Mr Ryan said these regions would be better insulated from the impact of rising rates because the house prices were a lot more affordable than in the rest of the city.