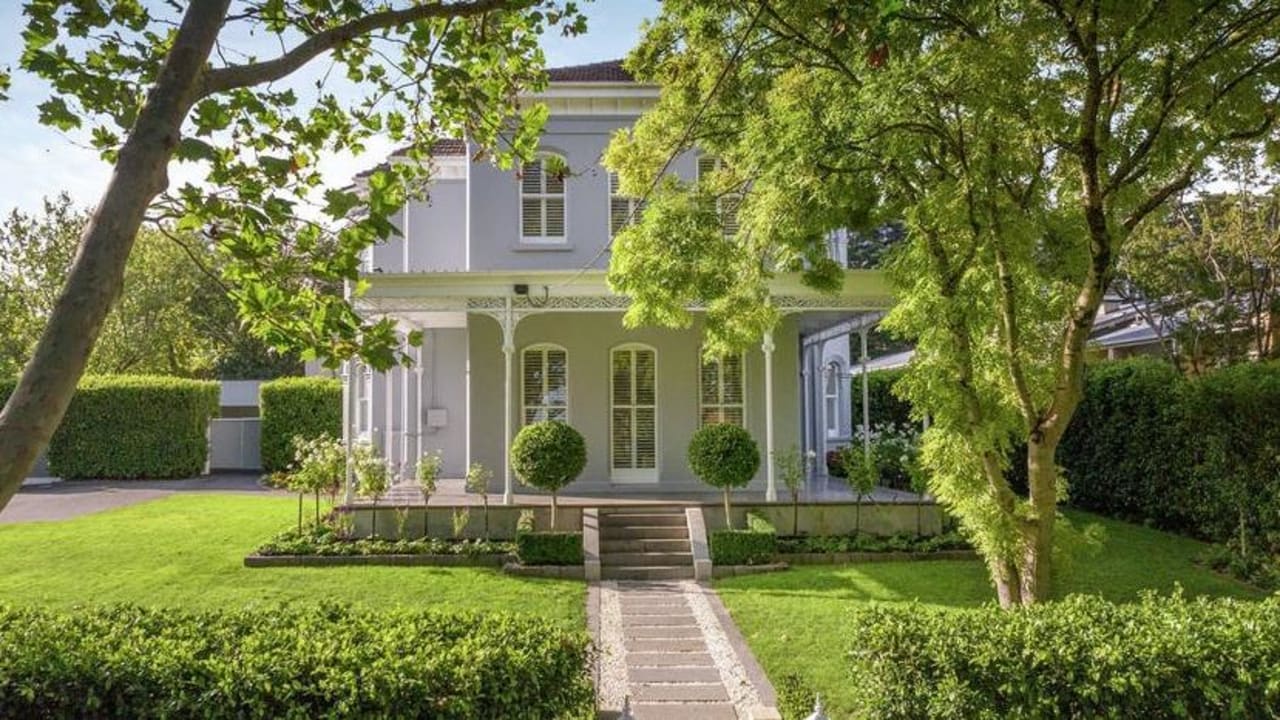 No Comments on Surrey Hills: 1885 former convent-turned mansion in Melbourne’s east prays for big auctionPosted in Uncategorized By Posted on August 2, 2022

The renovated mansion at 29 Erasmus St, Surrey Hills, was previously a convent and priest’s house.

A grand Victorian mansion and former convent, which has been updated to feature a private outdoor area ideal for nude sunbathing, could set a new Surrey Hills price record.

The stately four-bedroom house at 29 Erasmus St, named Yielima, is listed with a $6m-$6.6m asking range.

Set on 1327sq m, Yielima is listed under a Whitehorse Council heritage overlay.

The property was built for corn merchant Edward Kellett and sold to police magistrate Thomas Daniel O’Callaghan in 1919, according to The Surrey Hills Neighbourhood House Heritage Collection documents.

O’Callaghan had a “soldierly demeanour, with a flowing mane of hair” and always wore a flower in his buttonhole.

A heated pool and decking in the back garden.

The kitchen looks out to a garden area.

The property was used as a church and Missionary Sisters of the Sacred Heart convent during the 1950s.

Abercromby’s Real Estate Armadale agent Hugh Hardy said the owners had extensively renovated the house but were downsizing now their children have grown up.

“I think they spent a couple of million on the renovation and they have done an amazing job,” Mr Hardy said.

“It’s a unique house in my view, the best and prettiest Victorian-style mansion in the area.

“It could be in Hawthorn, Toorak or Camberwell, or even in Sydney in Darlinghurst.”

A cute dog stands near the front doors surrounded by stained glass windows, on the veranda.

The dining room where you can also enjoy a sing along on the piano.

An outdoor entertaining area where one might dare to sunbathe naked, screened by the hedge.

Mr Hardy said the Yielima had been modernised with a “whizzbang kitchen” including a butler’s pantry, hydronic heating, cooling and main bedroom containing a walk-in robe, ensuite and balcony.

“The house today is a really grand, big family house,” he added.

“I love the barbecue deck from the kitchen, no one could see because of the hedge, you could sunbake in the nude and no-one would know.”

One of three bathrooms inside the mansion.

A modern staircase is one of three in the house, including another set of stairs originally used by maids and other household staff.

A balcony to enjoy reading, a cup of tea or watching the sunrise or sunset.

Mr Hardy described the mansion as “great for entertaining” after it recently hosted up to 140 guests for a birthday party.

Yielima will be privately auctioned on August 31.