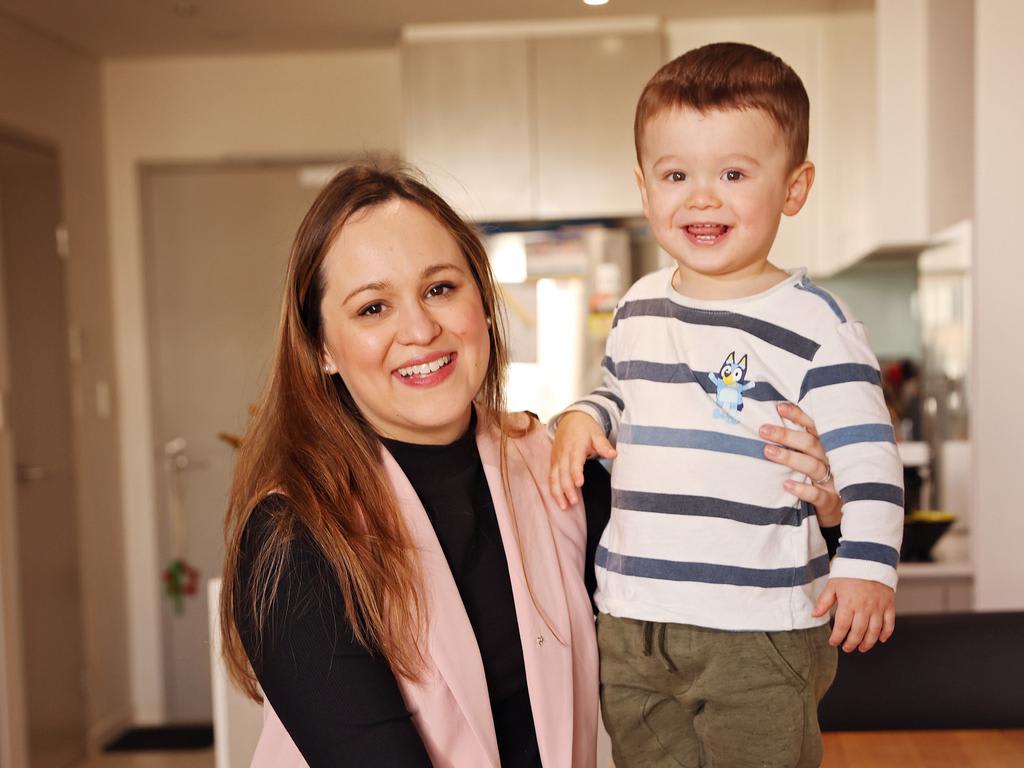 No Comments on Sydney rentals gone in days as crisis heats upPosted in Uncategorized By Posted on July 29, 2022

Renters are needing to move quickly to secure a home as a statewide rental crisis intensifies.

In some cases properties are being leased within days of the first open for inspection.

Renters have to move quickly to secure a new home. Picture: Sam Ruttyn.

The data measured the most competitive suburbs for rental properties by calculating the median number of days properties were advertised on realestate.com.au in the 12 months to July.

Suburbs due to get biggest rent rises

It compared this to the pre-pandemic median for each suburb.

In Sydney, the inner south west suburbs of Milperra and Revesby Heights had the shortest median days listed on realestate.com.au at just 11.5 days on site (DOS).

Properties are being rented twice as quickly as pre-pandemic levels in many suburbs.

Before the pandemic, Milperra rentals were advertised online for about 22 days, while properties in Revesby Heights stayed online for 25.5 days.

Jindabyne topped the regional list at 10 DOS, down from 29 DOS pre-pandemic.

In South Grafton, properties were advertised online for about 12 days, down from 29 days pre-pandemic.

PropTrack economist Angus Moore said more people moved out of shared accommodation and into single dwellings during Covid at a time when many investors were selling properties.

“That has led to fewer rentals in the market than there might otherwise have been,” he said.

He said while more investors were entering the market, it would take some time before conditions eased.

Richardson and Wrench Padstow property consultant Mary Agzarian said it was typical to see 30 people at inspections and receive 15 applications for houses in Revesby Heights.

At the time of writing, there was just one property advertised for rent in the suburb.

Doyle Spillane – Dee Why director of property management Joe Iemma said about 75 per cent of the agency’s properties were rented after the first inspection.

“Our properties average about seven days on market,” he said.

60A Morotai Rd is the only property currently for rent in Revesby Heights.

Mascot renter Jacquie Barbagallo said she felt like she dodged a bullet when she and her husband moved during Covid.

The pair used a period of low demand and falling rents to upsize to a two-bedroom apartment for an extra $100 a week.

Since then they have noticed demand and rents increase to pre-pandemic levels.

Rising rents across the country contributed to the fastest annual increase in inflation in 21 years, ABS data showing the Consumer Price Index soared to 6.1 per cent in the June quarter.

Further rental increases are expected to push cost of living pressures to a decades high as the RBA forecasts another jump in inflation later in the year.

MORE: Call to ban ‘no pets’ policy in rental homes

Sydney rentals with water views under $500 a week

The post Sydney rentals gone in days as crisis heats up appeared first on realestate.com.au.

Sydney rentals gone in days as crisis heats up