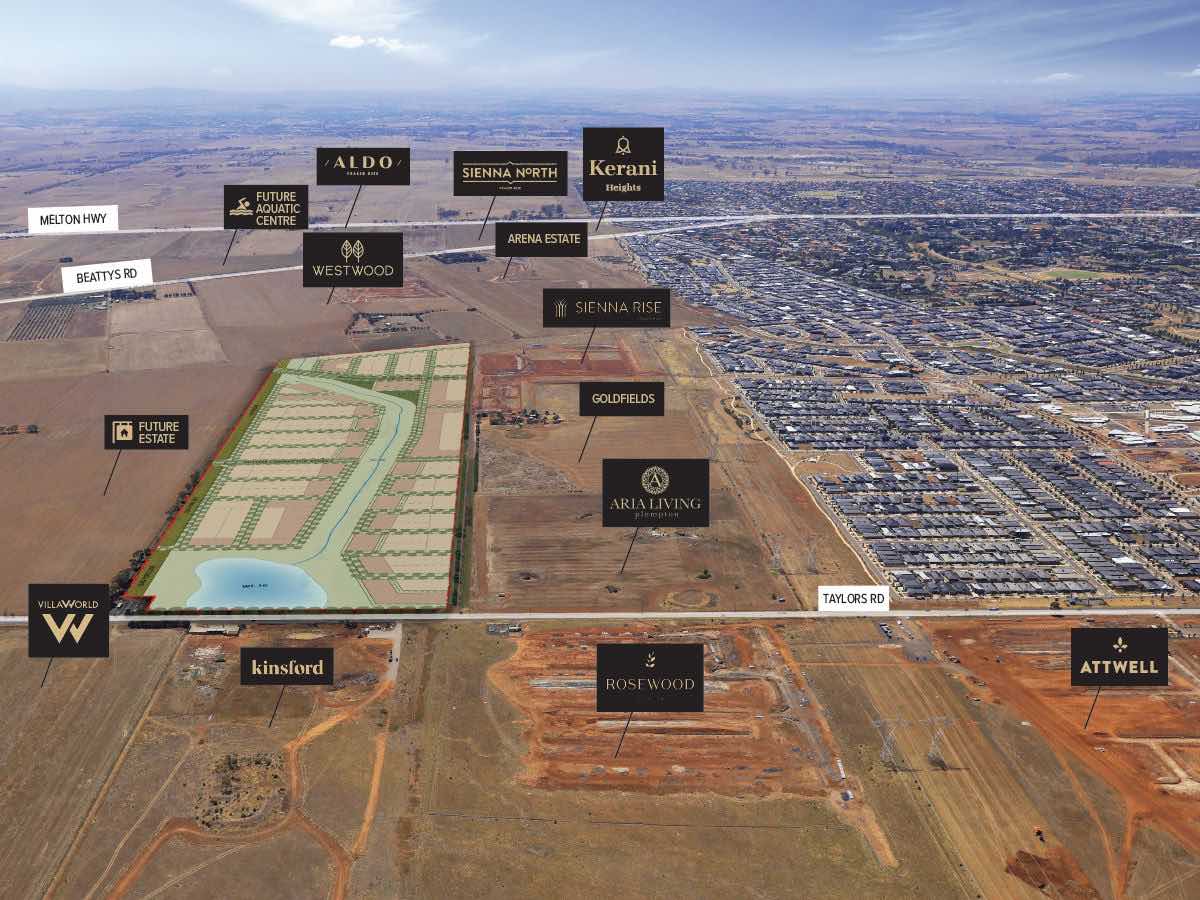 The new Taylors Run estate has been approved in Fraser Rise for developer Blueways Group.

A western suburbs housing estate approved by the local council less than a fortnight ago has already sold more than half of its first stage.

The Taylors Run estate off Taylor Road, Fraser Rise, will replace a farm currently growing cattle feed and canola with 600 homes and 4ha of waterways as well as 5ha of wetlands.

It’s the latest in a string of developments for the suburb since it was carved off of Plumpton, a former farming community where the population has risen 938.6 per cent in the past five years, according to CoreLogic.

RELATED: How to get help paying for your home in Victoria

How to buy into a $1m Melbourne suburb for six figures

Close to 100 homes at the development, approved by Melton Council early this month, will have frontage to the extensive waterways, which will be dotted with viewing platforms.

Blueways Group director Andrew Wyatt said 31 of the estate’s first 50 lots had sold by Monday, 25 of them on the day of the development’s launch last Thursday.

The rapid sales follow a gradual relaxation of restrictions governing Melbourne’s real estate market as the city progresses on its road map out of stage four restrictions, with inspections at display suites recommencing on September 28.

Extensive waterways will be dotted with viewing platforms.

Mr Wyatt said the speed of sales was particularly reassuring given they showed confidence appeared to be surpassing concerns over the impact COVID-19 could have on the city’s property market.

He estimated Taylors Run would eventually be home to 1800 people when completed in about five years, with 1000 prospective buyers registered on their database already expressing interest.

Waterfront homes, including a number of DKO Architecture designed townhouses, are expected to commence sales in the third stage.

“The top end of the estate will be a natural watercourse, along the boundary of our site top to bottom,” Mr Wyatt said.

Play equipment will be designed with children’s safety in mind.

Plans currently call for up to 5km of walking and cycling trails around the wetland areas as well as two parks with play equipment designed with children’s safety in mind.

Civil works have already commenced at the estate, expected to take five years to complete though the first residents will move in sooner.

MORE: Smiths Gully enchanting home like ‘living in your own village’