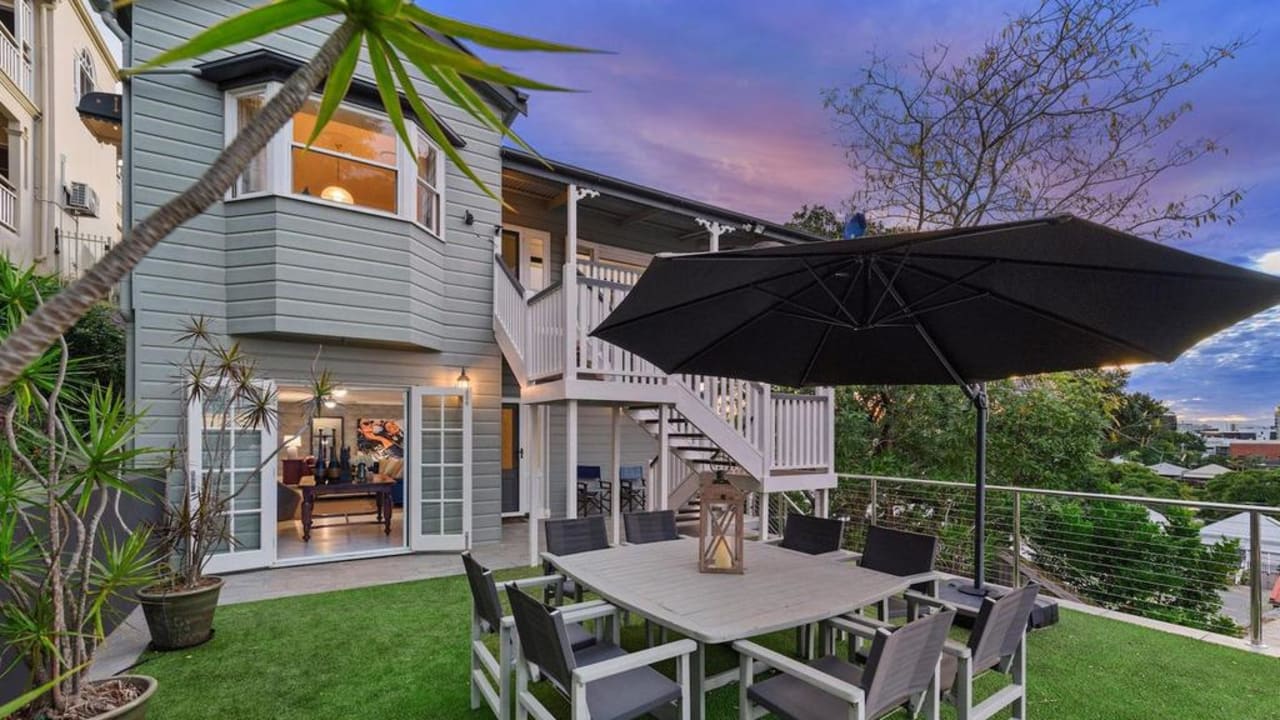 No Comments on Teneriffe home listed for sale for first time in 35 yearsPosted in Uncategorized By Posted on July 30, 2022

The home in Waverley Street also has an entrance off Baker Street, Teneriffe.

A former high-flying Brisbane executive who bought into one of Brisbane’s roughest neighbourhoods 35 years ago, stands to make a pretty penny off her Teneriffe home.

Cheryl Boland and partner John Burns have listed their dual street access property which has two homes on it for sale in the dockside suburb which has become the most expensive suburb in Brisbane in the past decade.

Teneriffe has gentrified since being known as one of the roughest areas in inner Brisbane over 35 years ago.

Agents Vaughan Keenan and Sreeta Pabari of Grace and Keenan Newstead officially have it as a five bedroom, three bathroom, five car space home on a 710sq m block, with frontage off both Waverley Street and Baker Street. It’s a prime location coveted by buyers in the area, with wide views off the two separate houses.

It was listed as having dual living options, with two separate dwellings, a gated entrance and expansive views.

Classic look and feel in the main living room.

There are two homes on the property.

The main house has open-plan living, entertaining and dining flowing to a covered veranda, with a palatial master suite and two other bedrooms. The second home is a self contained cottage with two bedrooms.

The property is for sale by private negotiation, with all inspections by appointment.

The post Teneriffe home listed for sale for first time in 35 years appeared first on realestate.com.au.

Teneriffe home listed for sale for first time in 35 years