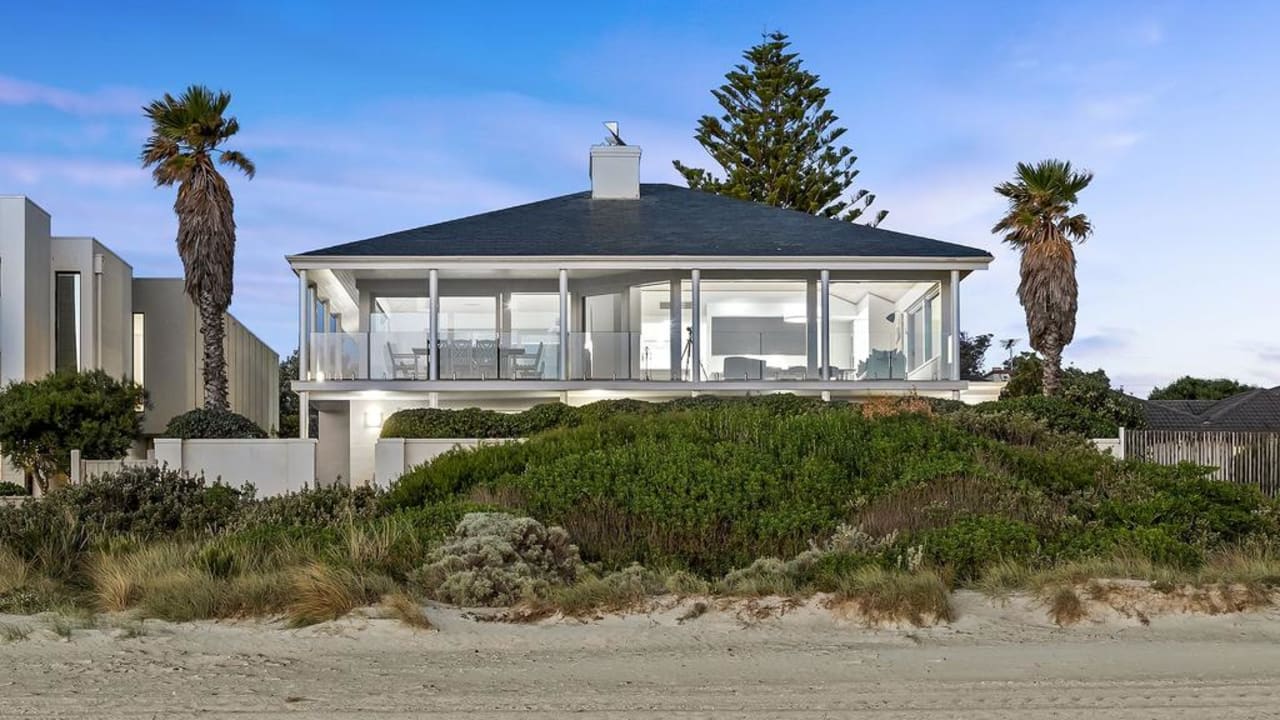 Industry sources told The Herald Sun that Tiley paid north of $13m for a beachfront Aspendale home earlier this month.

With nothing between the 2000sq m property and Port Phillip Bay, it also has a floodlit grass tennis court, pool and spa.

Stare out at the bay from your lounge room. Picture: Supplied

Naturally, there had to be a tennis court. Picture: Supplied

Belle Property Mentone listing agent Garry Donovan said he could not discuss the sale of the property, but did confirm he had sold a neighbouring home for $10m recently.

“This area is just unbelievable. It’s bulletproof. Anything happening globally, or rising interest rates – it all doesn’t matter; this is a different buyer pool.”

The agent added that there were only about 500 properties with genuine beach frontage from Port Melbourne south, and most owners would retain properties that did have the elusive feature for exceptionally long periods.

One of the home’s four bedrooms. Picture: Supplied

What a view. Picture: Supplied

The two recent Aspendale sales smashed the suburb’s benchmark, which CoreLogic records show was set at about $5m in 2014.

Tiley has been the CEO of Tennis Australia since 2013, and made headlines in January after being involved in the Novak Djokovic turmoil which resulted in the world No. 1 tennis player being deported, after initially being allowed to fly into the country to play in the 2022 Australian Open.