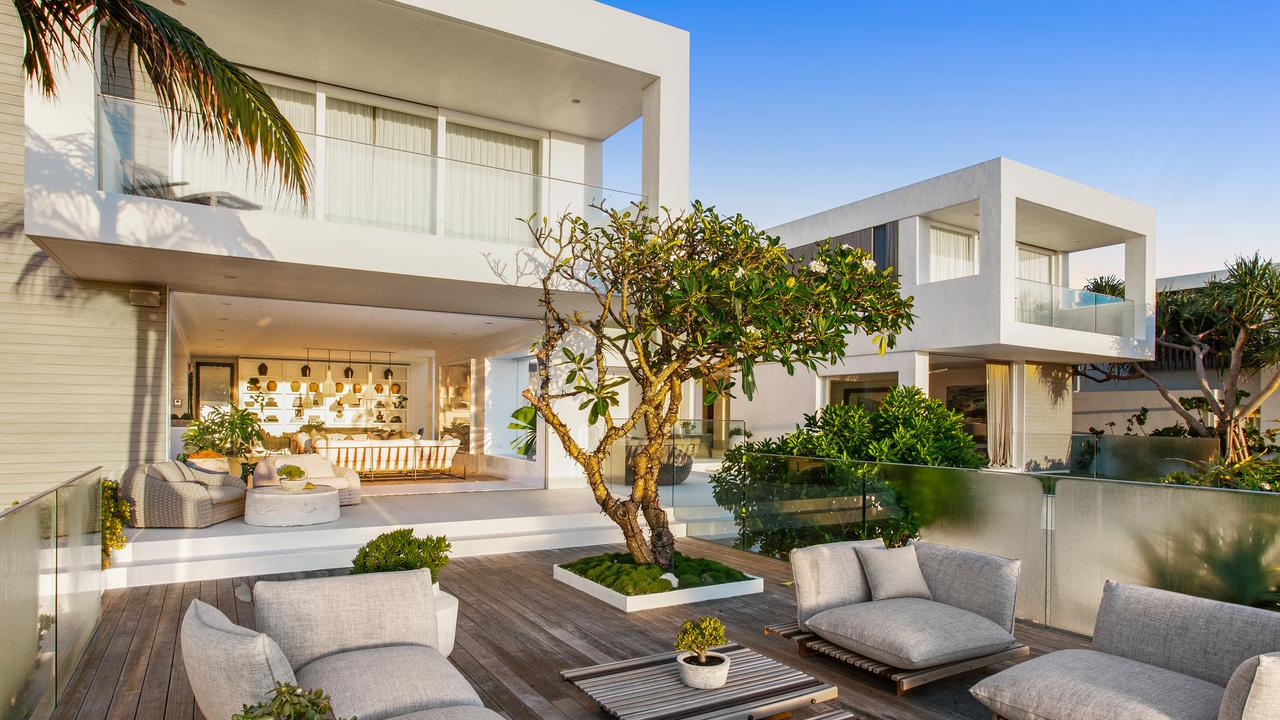 THE Sunshine Beach home of former professional tennis ace Joshua Eagle and his tennis star wife, Barbara Schett, has gone under contract within two days of hitting the market.

The former coach of Sam Stosur and Nick Kyrgios is selling the four-bedroom house at 13 Depper Street at a time when Noosa’s property market is on fire.

This property at 13 Depper St, Sunshine Beach, is for sale.

They built a two-level, contemporary home on the site four years ago, but have recently upgraded to a home closer to the ocean in the same suburb.

The backyard comes with a landscaped lawn and heated pool.

Selling agent Rob Spencer of Sunshine Beach Real Estate said the property was already under contract with a Brisbane buyer.

Mr Spencer declined to reveal the sale price, but said the owners had been seeking offers in the mid to high $2 million range.

“I think there’s a fear of Melbourne or Sydney buyers swooping in when they can get up here.”

One of the four bedrooms in the family home at 13 Depper St, Sunshine Beach.

The lower level of the house has an alfresco living, dining and entertaining area and a kitchen with a butler’s pantry and high-end appliances, which flows onto a covered, outdoor space, lawn and heated pool.

A home theatre, office, laundry and powder room are also on this level.

The main living area of the property at 13 Depper St, Sunshine Beach.

Upstairs, there are four bedrooms — the master with a walk-in wardrobe and ensuite.

A second bathroom, powder room, and large family room are also on this floor.

In conjunction with the owners’ personal use, the property has been used as a holiday home, attracting high occupancy rates and generating rental returns of around $10,000 a week during peak season.

The kitchen in the property owned by Joshua Eagle and Barbara Schett.

The home is within walking distance of Noosa National Park, restaurants, beaches and the new Sunshine Beach surf club.

Eagle announced his retirement after the 2004 Australian Open where he played with Pat Rafter, but later entered the Wimbledon men’s doubles with Hicham Arazi, losing in the first round.

Joshua Eagle was a professional tennis player for Australia.

He won five doubles titles on the ATP Tour, leading to a career-high doubles ranking of No.11 in 2001.

They have a son, Noah.