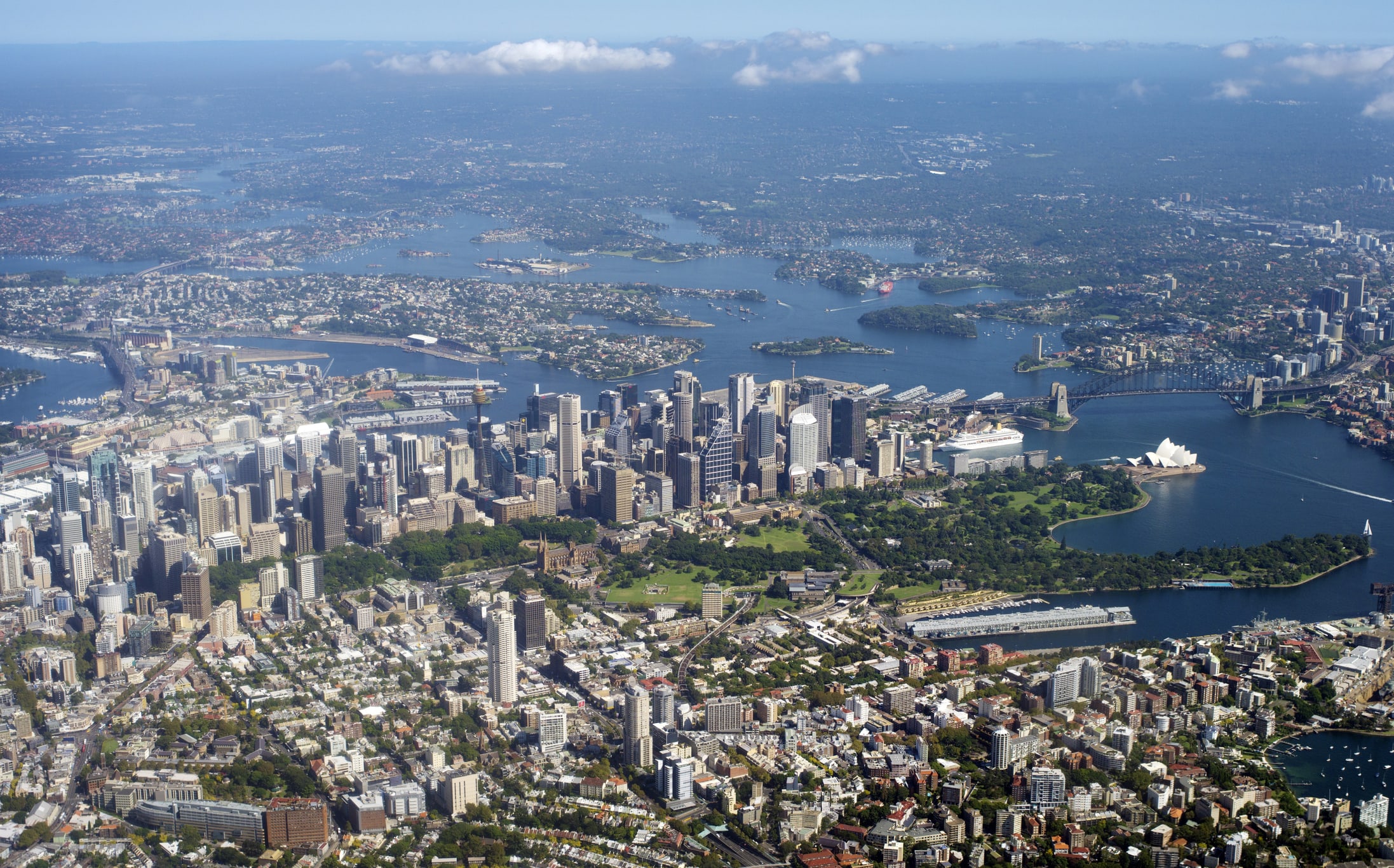 No Comments on The 80 suburbs where homebuyer activity is soaring despite cooling market conditionsPosted in Uncategorized By Posted on August 4, 2022

While real estate markets are cooling in many parts of Australia, there are dozens of suburbs where the volume of active buyers has risen sharply recently.

​“For those people looking to purchase, the urgency to buy has eased significantly and there is more stock available for sale and fewer competing buyers,” Mr Kusher said.

“Furthermore, with prices falling some buyers will feel the longer they wait, the cheaper they may be able to purchase a property for.”

But new data from PropTrack measuring the number of potential purchasers per listing has revealed the pockets in each major capital city where demand remains strong.

But there are still suburbs where purchasers are more active than elsewhere in the market, the PropTrack data shows.

While markets are cooling, there are still many suburbs where buyers are out in force. Picture: Getty

The historic township of Cattai, about 45km northwest of the city, is drawing in those seeking a lifestyle away from the rat race.

Over the past year, the number of buyers per house listing has jumped by 124%, but with a median house price of $2.36 million, it’s the resilient prestige property sector driving demand.

Similarly, the inner-city Sydney suburb of Potts Point has seen the number of buyers per house listing surge by 196% in the 12 months to June.

With a median house price of $1.87 million, it’s certainly not a bargain suburb either, and that prestige status tends to insulate it from too many jitters, Angelo Bouras from Richardson & Wrench – Elizabeth Bay and Potts Point said.

“There’s still strong buyer numbers at open homes and we’re booking many private appointments outside of those,” Mr Bouras said.

“A really good property is seeing numbers as high as 40 groups through the first inspection, but basic stock is averaging about five to 10 groups.”

While interest is still strong, the cooling market means buyers are able to take their time and consider their options, he said.

“That lifestyle that’s synonymous with Potts Point, along with proximity to the city and an evolving dining and shopping precinct, continues to see a diverse buyer pool enter the market.”

Unit hunters are flocking to cheap pockets like Belrose in Sydney’s north, where the number of buyers per listing is up 136% year-on-year.

It offers a good level of relative affordability, with a median unit price of $550,000 that has risen by 6.7% in the past year.

Caringbah South, in the city’s southwest, is also proving popular. The number of buyers per unit listing there has risen 61% year-on-year. The median unit price is $1.65 million, up 19.1% year-on-year.

Near-record levels of interstate migration to Queensland, and particular the Sunshine State’s southeast corner, has contributed to a mammoth real estate boom in the past few years.

While things are cooling off in line with other cities, the pace of the slowdown is much smaller than elsewhere and demand from buyers remains elevated.

The mega suburb of Springfield, west of Brisbane, is home to 37,000 residents, multiple top-notch schools, a university campus, a tech industry, and a plethora of parks.

Buyer interest in the suburb of Springfield itself remains strong, with a 209% year-on-year increase in the number of potential purchasers per house listing.

Southeast Queensland has been inundated with new residents from interstate. Picture: Getty

Also proving popular is the southern suburb of Park Ridge, where the number of buyers per house listing has surged 175% in the year to June.

When it comes to attached housing, the suburb of Logan Central in the City of Logan, about 40km south of Brisbane, has seen a 204% year-on-year increase in the number of potential buyers per unit listing.

With a median unit price of just $205,000 – which has grown 20.5% in the past 12 months – the exceptional affordability on offer is a strong lure for would-be buyers, local agent Teza Fruzande from Ray White in Logan said.

“It’s much more affordable here and in a good location. We have great infrastructure, excellent public transport, and the new fast railway is being developed.”

As the market cools across the board, buyer interest has begun to soften in recent weeks, he said.

“However, we still have had active movement with buyers and we’re able to generate a great number of sales, because of that affordability and the high level of interest it brings.”

Other suburbs proving popular among apartment hunters are Redbank to the west of Brisbane with a 149% year-on-year increase in the number of buyers per unit listing, and Chermside West in the city’s north, which saw a 133% lift.

Parts of Melbourne still motoring along

Like Sydney, the market in Melbourne has cooled right off this year after a strong run of growth post-Covid.

But there still good levels of active buyers in outer-suburb hotspots and locations where bargains can be found.

Take Lang Lang, about 70km southeast of the city, where the continuing trend of buyers getting out of town to greener pastures is driving demand.

In many parts of Australia, outer suburban and semi-rural areas are popular. Picture: Getty

Merricks North on the Mornington Peninsula – a pocket that exploded in popularity during the pandemic – has recorded a 55% increase in the number of buyers per house listing.

Its hefty median house price of $4 million has surged by 29% in the past 12 months.

Meanwhile, unit buyers are flocking at Narre Warren South, where the number of potential purchasers per listing is up 210% year-on-year.

The booming property market of Adelaide, where activity remains strong in spite of the cooling market trend, has a high number of engaged buyers.

Take the leafy suburb of Allenby Gardens in the city’s inner-northwest, where the number of potential purchasers per house listing has skyrocketed by 356% year-on-year.

It’s close to becoming a million-dollar suburb if its growth trajectory continues, with the current median of $905,000 jumping 30.5% in the past 12 months.

Semi-rural suburbs have proven particularly popular thanks to the lure of a more pleasant lifestyle and better levels of housing affordability.

Examples of this can be seen in Hillier, where the number of house buyers per listing is up 349%, and Virginia, where it’s risen by 109%.

When it comes to apartments, South Plympton has seen a 150% rise in the number of buyers per unit listing, while neighbouring North Plympton is up by 130%.

Bronwyn Drabsch, director and sales consultant at Bronlea Real Estate, said the Plympton pocket has grown in popularity in recent times on the back of gentrification.

“There’s been a lot of redevelopment in the area and a lot of upgraded facilities and amenities,” Ms Drabsch said.

“There are many pubs, restaurants, cafes, and shopping centres nearby and you are also centrally located between the CBD and Glenelg.

“There are great transport options within walking distance, including bus, train, and tram, making it ideal for those working in the city but also convenient to Flinders University and Flinders Medical Centre.”

While markets elsewhere might be cooling, buyer demand remains strong and is “at least triple what I’ve seen in the years leading up to Covid”.

“The open home attendee numbers are reminiscent of when the initial First Home Owner’s Grant was introduced, with multiple offers being received on all properties and people offering well above asking prices.”

The post The 80 suburbs where homebuyer activity is soaring despite cooling market conditions appeared first on realestate.com.au.