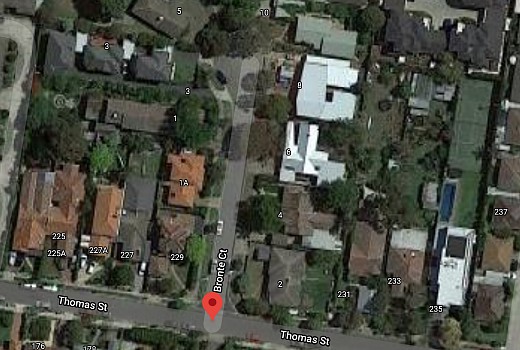 The Block hosts Shelley Craft and Scott Cam could be headed for Hampton. Picture: Channel 9

A national spotlight is set to be shone on a “hidden gem” Melbourne suburb reported to be the next site of The Block — and property experts say the reno show has chosen well.

The Herald Sun reported on the weekend that executive producer Julian Cress had snapped up five properties in Hampton cul-de-sac Bronte Court to feature on the 16th season of the hit show.

Cress declined to comment on The Block’s next shooting location. The Nine Network has announced the upcoming series would be in a cul-de-sac, without specifying where.

RELATED: The Block: Melbourne location for next series revealed

The Block’s most heartwarming moment


Bronte Court in Hampton will be the show’s next location. Picture: Wayne Taylor

The sleepy cul-de-sac is set for a makeover. Picture: Wayne Taylor

The Block expert and buyer’s advocate Nicole Jacobs also couldn’t confirm the reality TV series’ next location, but had only good things to say about the beachside suburb.

She said Hampton had potential to draw in investors and families alike.

“I love Hampton, I’ve been in the Bayside area for many years and it’s an amazing spot,” Ms Jacobs said.

The area has been praised for its beach access and premium lifestyle, it also offers its own mix of cafes and shopping strips.

Despite only growing 1 per cent in the past year, the suburb is a high demand market on realestate.com and a favourite for established families and couples.

“For the whole of Australia to see Hampton on display would be fantastic,” he said.

When Elsternwick hosted the show in 2017, realestate.com.au found the suburb was the most popular among Melbourne property browsers that year.

Advantage Property Consulting director Frank Valentic noted at the time The Block was a “PR machine” capable of drumming up buyer interest in lesser-known postcodes.

But not everyone is happy – the news has sparked some concern from Hampton locals. Picture: Wayne Taylor

Not all Hampton locals are on board with the show’s arrival, though, with the Herald Sun’s Page 13 reporting residents had voiced concerns the arrival of the series would turn the sleepy street into “a tourist attraction”.

Two of the houses purchased were also believed to be heritage listed.

Mr Renna said he was aware “some residents in the area have opposed developments in the past”.

But the agent added: “It depends what they do with it. At the end of the day, they are renovating homes and if they keep the period feel and maintain the streetscape, I think it will be positive.”

Ms Jacobs agreed, noting generally development was good for neighbourhoods because it “increases the value of the properties in the area”.

“Wherever The Block is next year, I’m sure they will do a great job and residents don’t need to be concerned,” she said.

The Block 2020 contestants were given the challenge of renovating five homes in Brighton, each inspired by a different decade.

The current Brighton-based season of The Block is set to wrap up next month — handy timing, given Premier Daniel Andrews gave on-site Melbourne auctions the green light to return this week, with 10-person attendance limits.

Public auctions had been banned in the city since early July.

Mr Valentic said this was a “positive outcome” for the series.

“On-site auctions always tend to have more emotion and can help get that exciting outcome,” Mr Valentic said.

“Hopefully the number can increase from 10 (people) by the time the (Block auction) date arrives.”

He added the properties were well positioned for high-priced sales, as there was strong demand for family homes in the Brighton area.

“If they were apartments, I would be more concerned. But they are up there with the best Block properties I’ve seen and will be highly sought after,” Mr Valentic said.

The post The Block 2021: Hampton tipped to be the series’ next location appeared first on realestate.com.au.