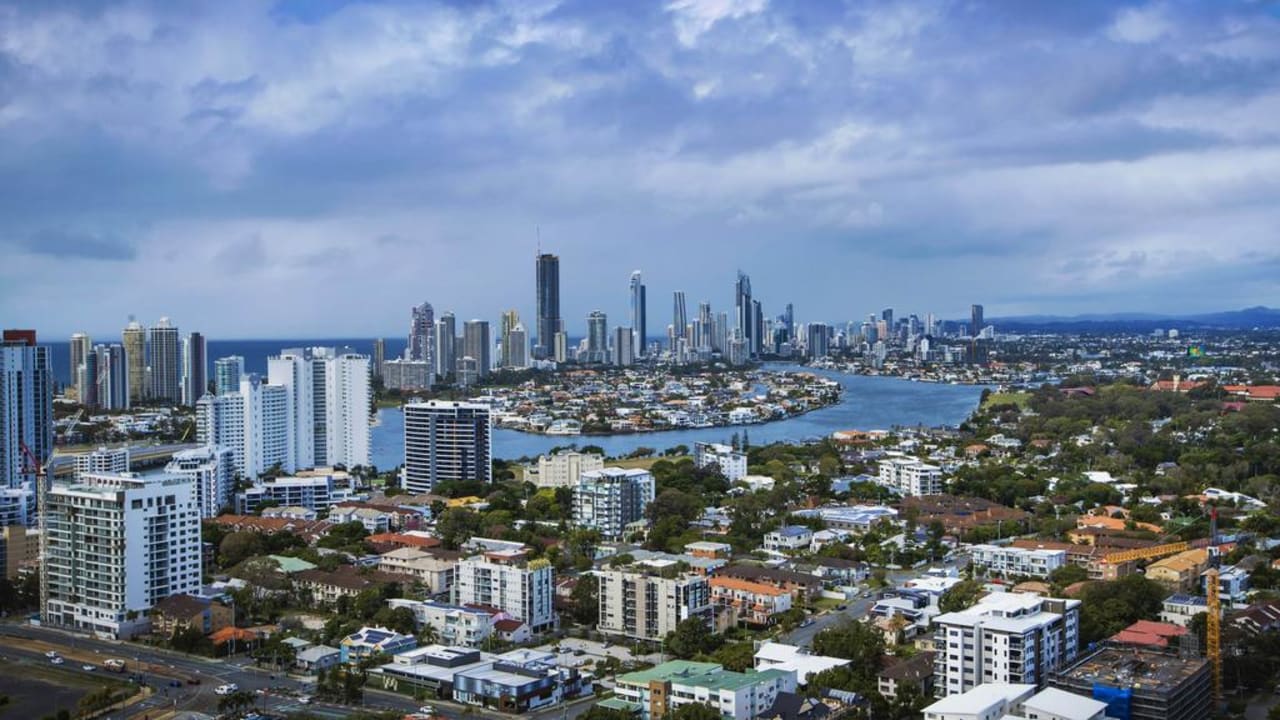 No Comments on The dramatic rise of the million-dollar suburbs on the Gold CoastPosted in Uncategorized By Posted on August 4, 2022

IT used to be a question of who’s in the million-dollar club, now it’s a matter of who’s not.

For the first time, there are more million-dollar suburbs on the Gold Coast than not, with PropTrack data showing 37 suburbs to have a house median of more than $1 million, with only 29 suburbs falling short of the mark.

The Gold Coast has more suburbs in the million-dollar club than ever bfore. Picture: Nigel Hallett

In comparison, a year ago only 27 suburbs had a median house value of more than $1m on the Gold Coast.

Grant and Sally Shelley, with their daughters Mia, 6, Ava, 8, and Olivia, 2, and dog Honey, bought their house in Mudgeeraba in 2020.

Sally and Grant Shelley bought their “forever home” in Mudgeeraba in 2020, not expecting their suburb to join the million-dollar club so soon.

“We bought here because at the time we could get a good-size house with a yard that wouldn’t break our budget,” said Mrs Shelley, a mother-of-three.

“We didn’t think prices would jump as much as they did.

“We expected big acreage blocks to go up in value, but definitely didn’t think normal suburban blocks would jump as much.”

She said they were drawn to the community-based lifestyle the suburb offered.

“We love that we are right on the back of a reserve where we ride our bikes and follow the creek, our girls love it,” she said.

“We run it every day and can walk to school.

“Our neighbourhood is amazing and all the kids and parents have made friends in and around our streets.

“We go to the local supermarket and the cashiers know us. They’ll always ask how we are and how the girls are. Our local coffee shop is the same, they know all the locals.”

Mermaid Beach is the most expensive suburb on the Coast.

The most expensive suburb on the Gold Coast and nudging the $3m mark is Mermaid Beach with a median of $2.8m.

The suburb has long held the crown in the city with beachfront mega mansions pushing up prices.

Surfers Paradise came in second at $2.7m, while Broadbeach Waters rounded out the top three at $1.9135m.

REIQ Gold Coast chairman Andrew Henderson said that he was surprised to see so many million-dollar suburbs on the Coast.

“It does make the Gold Coast an expensive area to live in now, but you’ve also got the other side of the equation where the entire nation has had a significant increase in pricing,” Mr Henderson said.

“We have always been blessed with having such a good lifestyle and great weather here.

“All of these things contribute to people wanting to live and buy property here.”

More suburbs are expected to join the million-dollar club over the long term. Picture: Nigel Hallett

“As suburbs mature you will see new shopping centres, transport routes, sporting clubs and a sense of community,” he said.

“These things make suburbs more desirable to buyers. As time goes on and suburbs mature, it will bring higher prices. The Gold Coast has a lot to offer.”

The post The dramatic rise of the million-dollar suburbs on the Gold Coast appeared first on realestate.com.au.