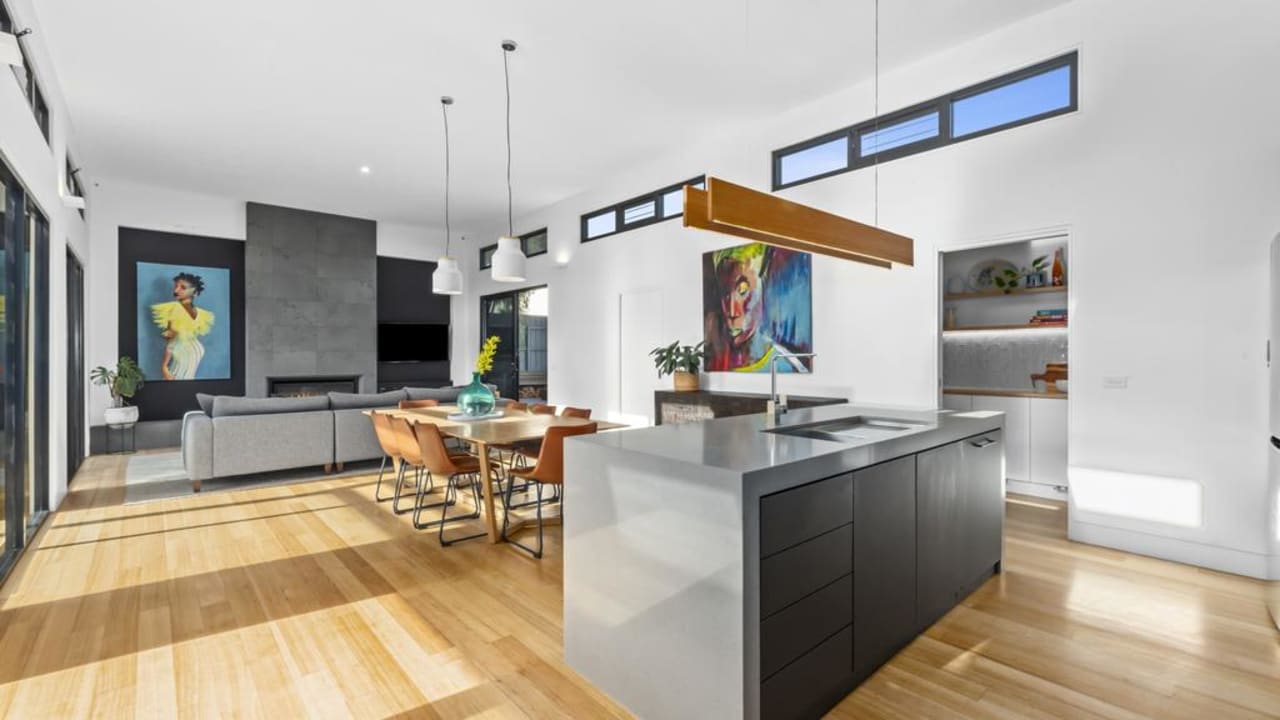 No Comments on The golden reason behind the huge result in Geelong WestPosted in Uncategorized By Posted on July 30, 2022

A sparklingly renovated Edwardian era house in Geelong West has sold at a land rate expected on the blue ribbon streets of the Newtown hill.

The four-bedroom residence on a 497sq m property at 24 Coquette St sold for $1.74m prior to auction this week, achieving a land rate of $3500 per square metre.

“It’s more than the top of the Newtown hill,” Mr Butters said.

The price was also the most expensive for a Geelong West house on a block smaller than 500sq m, he said.

24 Coquette St, Geelong West had a wide street frontage allowing a driveway to the double garage.

The partially covered patio expanded living space for the family.

The waterfall benchtop and butler’s pantry made a showpiece of the kitchen.

Buxton, Newtown agent Tom Butters said the local buyers had been keen on the property since the campaign was launched.

The campaign was curtailed during the week as it appeared other interest had waned for various reasons.

“There was an overwhelming response and a lot of people through especially in the first week,” Mr Butters said.

“He’s done a beautiful job renovating and extending it but what is ware about that property is that big double garage and the wide block – that’s gold for Geelong West.”

The property had been offered with a $1.65m to $1.69m price guide and was slated for auction on Saturday.

The seating area around a firepit is a talking point.

The bathrooms were lavish affairs.

The key to the renovation was its four-bedroom floorplan, which provided multiple living zones, two bathrooms and a double garage with internal access into the butler’s pantry.

Features used in the design included waterfall stone benchtops and Bosch appliances in the kitchen, and integrated television and surround sound system.

The bedrooms are contained in the original section of the house, which retains the valued heritage facade and high ceilings.

The post The golden reason behind the huge result in Geelong West appeared first on realestate.com.au.

The golden reason behind the huge result in Geelong West