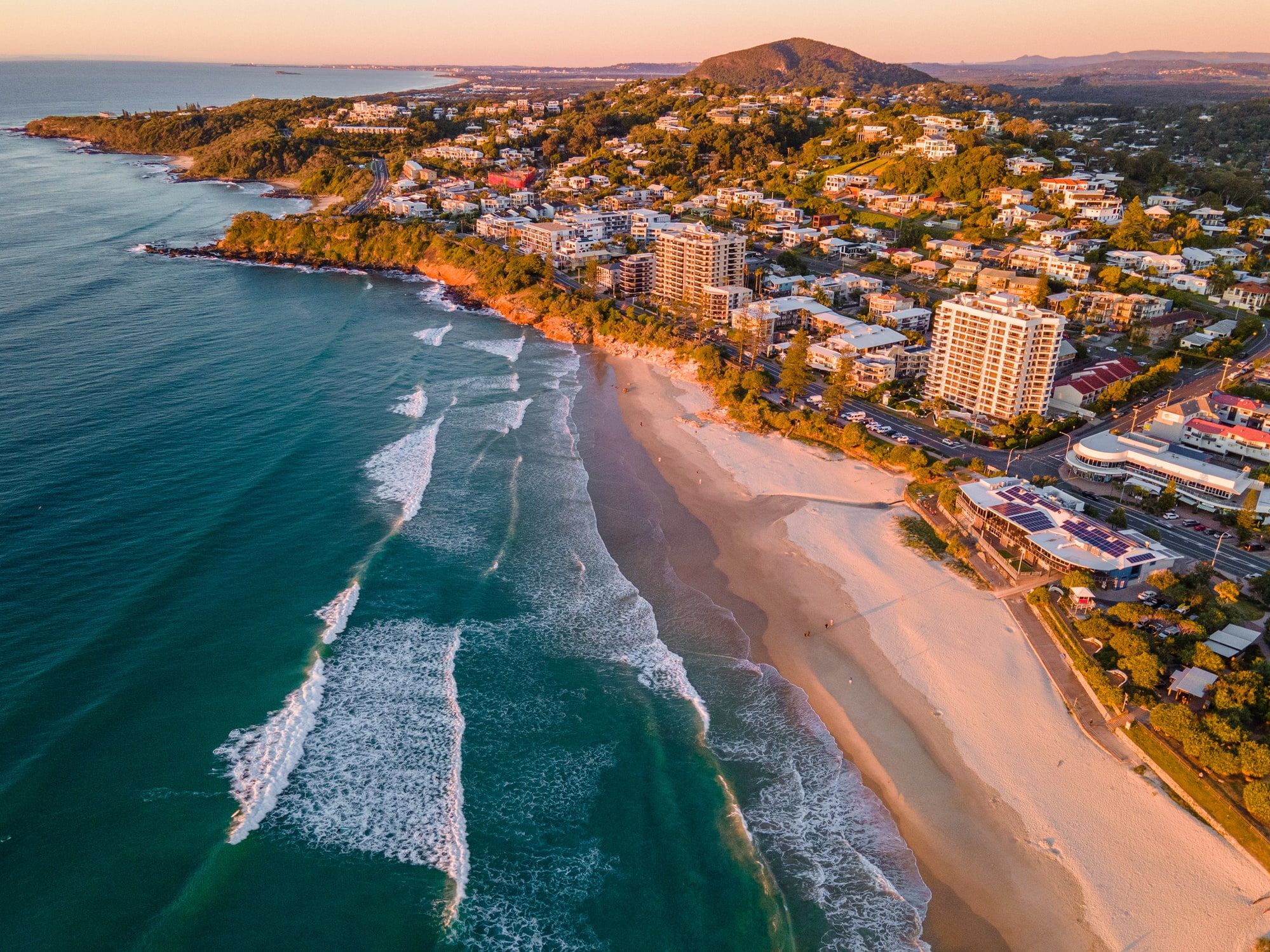 No Comments on The Great Aussie Migration: Why so many people are fleeing Sydney and MelbournePosted in Uncategorized By Posted on July 28, 2022

It’s been only a month since marketing executive Alison Thompson and her builder partner Tony Ennis left Sydney for a new lifestyle on Queensland’s Sunshine Coast.

Yet both are firm in the belief that this is the place they will finally “put down roots” and call home.

“We really do feel very lucky,” Mr Ennis said. “We’ve been high-fiving each other almost daily.”

Ms Thompson and Mr Ennis, both aged in their 40s, lived in Sydney for more than a decade following long periods in places like New Zealand and England.

Like many, they’d sometimes daydreamed about moving to Queensland for the warmer climate – then the COVID-19 pandemic accelerated their decision.

“Sure, we did our research online beforehand and asked friends who had relocated up here what it was like,” Mr Ennis said.

“But I have to say, the reality of what we are discovering about the Sunshine Coast and the hinterland has far exceeded our expectations in only the space of a month.”

The couple are now part of a huge migration from the southern states to Queensland’s popular southeast pocket.

The Sunshine State continues to draw hordes of southerners in search of warmth and a better lifestyle. Picture: Getty

Queensland is the only jurisdiction in the country to have gained population through net interstate migration in every quarter since June 1981, government data shows.

This won’t be changing any time soon either, with the state forecast to remain the fastest growing in 2021-22 and 2022-23 due to “strong net interstate migration from the other states and territories” according to report by the Australian Institute of Health and Welfare.

Why are so many making the move?

Ms Thompson and Mr Ennis are not alone in being pulled north by both the promise of friendlier weather and the rising cost of living in Sydney and Melbourne.

“We’d been contemplating moving up here for some time for the warmth,” Ms Thompson said.

“Then during the series of lockdowns, we really questioned why we were living in Sydney and started asking where we could go to get ahead and ‘future-proof our future’, which seemed so beyond us in Sydney.”

When Ms Thompson’s job-seeking efforts eventually landed her the role with the tourism body Visit Sunshine Coast, the couple were able to make their dream to move to the Queensland coast a reality.

For $300 less in rent a week, the couple have swapped a one-bedroom apartment on Sydney’s northern beaches for an enormous three-bedroom, two-bathroom waterfront apartment on the Maroochy River.

They’re among tens of thousands of Aussies who’ve fled north from major cities during the Covid pandemic. Picture: Supplied

The beach is a short stroll away, as is the centre of town with its plethora of restaurants, shops, and bars.

The pair estimate an equivalent property in either Sydney or Melbourne would cost them two to three times as much per week.

Equally enjoyable for Ms Thompson is being able to walk 10 minutes to work in the Maroochydore CBD instead of commuting 40 minutes or more by public transport to an office in the Sydney CBD.

“It really is the most beautiful place and much more laidback,” Ms Thompson said.

“We have an abundance of animal life around us and black swans come right up to our doorstep. From our balcony we can easily see fish and stingrays swimming in the river and people are always kayaking or motoring up and down in their pontoon boats.”

The couple is enjoying a much more pleasant life than the one they could afford in Sydney. Picture: Getty

Another surprise has been the number of people they have already met who also moved from southern states.

“Every one of those people that we’ve encountered so far who now call the Sunshine Coast home has reaffirmed to us that ‘this is the best move you will ever make’,” Mr Ennis said.

“And it really is. My only concern is that we risk overselling the place. We love it here and really appreciate the chance to move to and live in such a beautiful, modern, and pristine environment.”

A growing influx of southerners

PropTrack senior economist Eleanor Creagh said housing markets in regional Australia had been prime beneficiaries from the trend of homeowners seeking more space, larger properties, and lifestyle changes brought on by the rise of remote working.

What’s more, Queensland saw double the decade average of net migration throughout the pandemic, with the majority of those making the move coming from NSW and Victoria.

“Many have been aiming to escape covid lockdowns in southern states in search of relative affordability, scenic coastlines and more space – and Queensland offers the attractiveness of residential property stock dominated by freestanding houses.”

After a long stint in Sydney followed by five years in Melbourne, parents Sara and Gary Dagres could see that not even running their own successful businesses would give them the ability to afford the property or lifestyle they desired in either city.

After a year of weighing up buying options in each, Ms Dagres, who owns publicity company The People Agency, and her husband “took a gamble” in 2017 and moved to the Gold Coast with their daughter Angelique.

It paid off in spades.

The couple were able to relinquish their “tiny little draughty rental” in Melbourne’s Black Rock to purchase an 850sqm two-level, architect-designed home for $1.3 million.

“At the time we bought, that kind of money in Melbourne or Sydney would have got us something like a derelict, rundown property on a [busy road],” Ms Dagres said.

“Of course, property prices have skyrocketed here since then, so we got lucky buying at the right time.”

The Gold Coast has been a popular destination from southern migrants in recent years. Picture: Getty

Mr Dagres was initially reluctant to move from a major city for professional reasons and his need to travel often for meetings.

But since the pandemic has made working from home more acceptable, he has had no problem running his international business from the home office, while travel has been easy thanks to proximity to both Gold Coast and Brisbane airports.

Similarly, Ms Dagres admits she would not have moved from a major city to the quieter-pace of south-eastern Queensland were she still in her 20s and carving out a career.

But the laidback lifestyle of her new home has proved perfect for bringing up Angelique, now 10, and running her new ‘side hustle’ producing organic mother-and-daughter lip balm duos Angel Wings.

“The reality was that I couldn’t afford the palace I wanted in Sydney or Melbourne,” Ms Dagres said. “But we could find something on the Gold Coast that was affordable to pay back and have a lifestyle to raise our child.”

The post The Great Aussie Migration: Why so many people are fleeing Sydney and Melbourne appeared first on realestate.com.au.

The Great Aussie Migration: Why so many people are fleeing Sydney and Melbourne