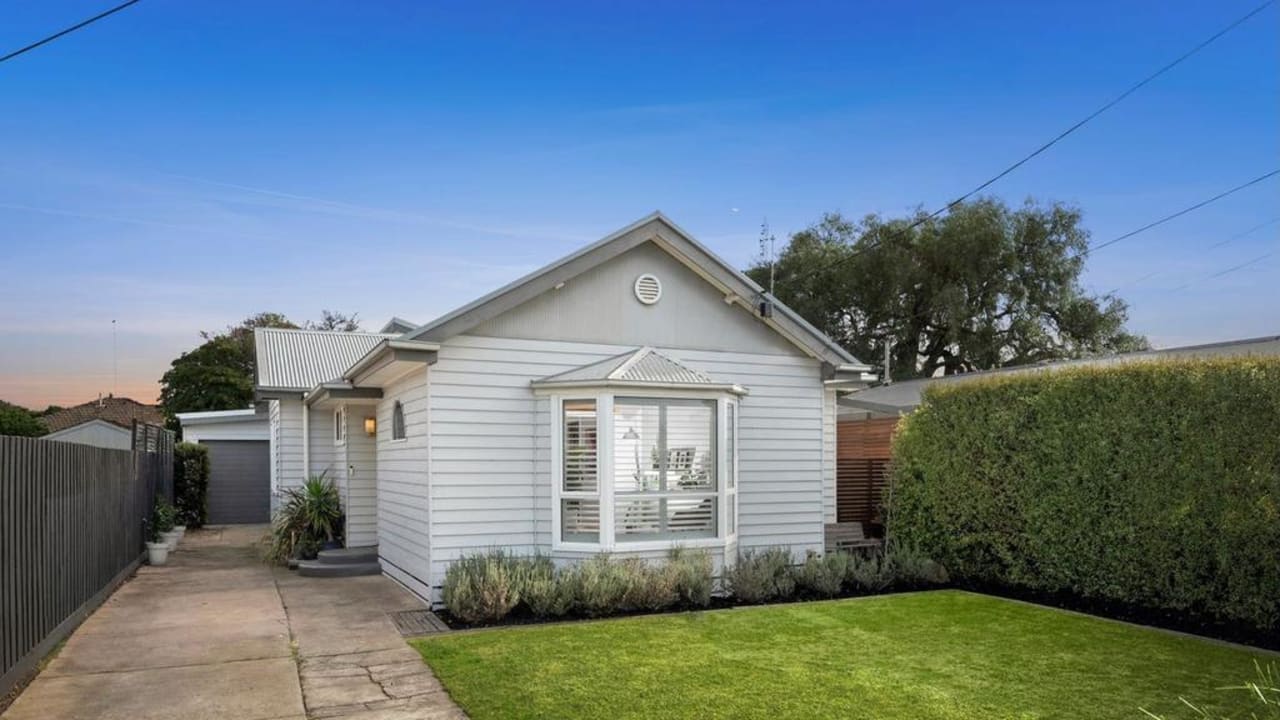 No Comments on Timeless renovation drives $60K premium for inner Geelong homePosted in Uncategorized By Posted on August 1, 2022

The middle of a building supplies cost crisis and tradie shortage proved the perfect time to auction a contemporary renovated 1960s era home in Geelong West.

The four-bedroom residence at 7 McNabb Ave sold for $1.21m at Saturday’s auction as four bidders raised a hand, while another three groups waited in the wings.

But Stockdale & Leggo, Belmont agent Rod Van Der Chys said the nation’s building costs crisis played a part in the campaign to find a buyer for the property, which sold $60,000 above the $1.05m to $1.15m price hopes.

The golden reason behind the huge result in Geelong West

“One dynamic that proved to be advantageous for us was there were some parties looking at it that perhaps had the raw product, or a house that they were contemplating renovating or extending and turning into this type of house,” he said.

“Not only the price of renovations and the price of materials, but the ability to find suitable trades in a reasonable space of time I think encouraged a couple of them to get involved and think they might just come into the finished product and sell theirs as the raw product, and not bother about the renovation and extension because of the uncertainty there.”

Mr Van Der Chys said while one bidder dropped out early, three others were in the race as the property passed the top end of the price range, with two taking the auction to its conclusion.

“I think the overriding statement is there is still buyers out there for blue chip real estate and they’re still prepared to pay fair market value for it,” he said.

“They are not all bargain hunting. There is obviously constraints there with market commentary around interest rates and where things are going,

“But I found with the people that I had looking at this property that they were looking at the bigger picture.

“They were looking at it from the point of view that interest rates were always going to fluctuate one way or another.

We’re looking at our next five, 10 to 15 years in a property and if it works for us we will step forward and have a go.”

Mr Van Der Chys said while the renovation was completed some time ago, its timeless appeal attracted plenty of interest.

The main living zone has a vaulted ceiling and glass sliding doors that open out to a large covered deck in the backyard.