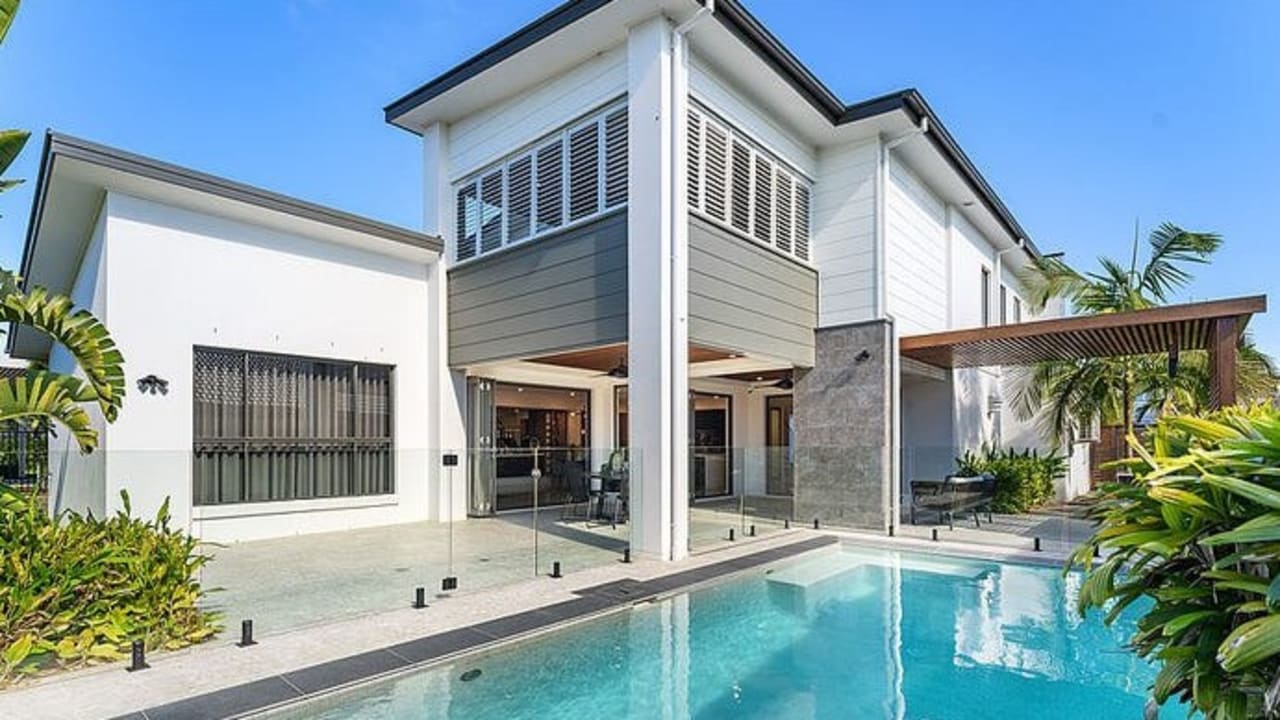 No Comments on TV-style auction event smashes suburb recordPosted in Uncategorized By Posted on August 6, 2022

A new suburb record was set when three neighbouring high-end homes went under the hammer in a thrilling auction event inspired by TV renovation series, The Block.

The newly built properties at 55, 57, and 59 Panorama Dr, Springfield were all ex-Clarendon Homes display houses and regarded as a cut above any other properties to hit the market in the emerging area.

A bumper crowd of bidders and onlookers gathered in the most luxurious of the homes as Ray White auctioneer Phill Broom called for bids for each property, one after the other.

Two of the three properties sold under the hammer, with no. 55 setting a new high bar for the suburb of $1.18m.

The previous record price was set in May this year, when a Brighton Homes ex-display house on a 591sq m lot sold for $1.17m.

All the bells and whistles

Marketing agent Shannen O’Connor, of Ray White Springfield, said close to 200 people turned out for the auctions, with a total of 25 registered bidders for the three properties.

“Some people registered to bid for all three homes, while others were interested in two of them or some just bidded for one.

“We set out to break a record here today, and we achieved that,” she said.

The record-breaking home at no. 55 with a grey-and-white exterior and spacious Hamptons-style interiors attracted a flurry of nine bids from four active bidders, before Mr Broom announced the property was sold.

“The buyers were a local family who had bought land a couple of suburbs away in Ripley. They were actually about to build with Clarendon, but when you have a display home you get all the bells and whistles and it is ready to go, which is very attractive,” Ms O’Connor said.

The Hamptons-inspired kitchen was a standout feature at no.55

But it may not be long before the suburb record falls again, with no. 57 on a 576sq m block attracting the highest number of eight active bidders despite passing in with a vendor bid of $1.4m after six prior plays. It was marketed as “one of the suburb’s most spectacular homes”, featuring a modern façade and contemporary finishes throughout.

Ms O’Connor said negotiations were continuing with interested buyers who were not able to bid under auction conditions.

Revealed: where rental homes are snapped up fastest

The smallest of the three properties, no. 59 also sold under the hammer for $850,000. It was built on a 400sq m block, with a neat Hamptons-style façade, four bedrooms and a separate media room. Three bidders were active.

About 90 groups had inspected the three homes, located in the sought-after family-friendly estate of Kalina, over the four-week campaign.

“They were three really unique properties and completely different to the standard house you might expect to see in Springfield, and what better way to draw attention than with a Block-style auction?”

The smallest of the ex-display homes also sold at auction

“We were expecting a lot of people to come and throw their hat in and try their luck at The Block. If they missed out on one, they could bid for the next,” Ms O’Connor said.

The afternoon unfolded in scenes reminiscent of a season finale for Channel 9’s popular reality series, where contestants look on as their completed homes are sold off in a collective nail-biter.

Located in Ipswich city, Greater Springfield is one of the nation’s largest masterplanned urban communities. Its current population of about 50,000 people is expected to hit 100,000 by 2030.