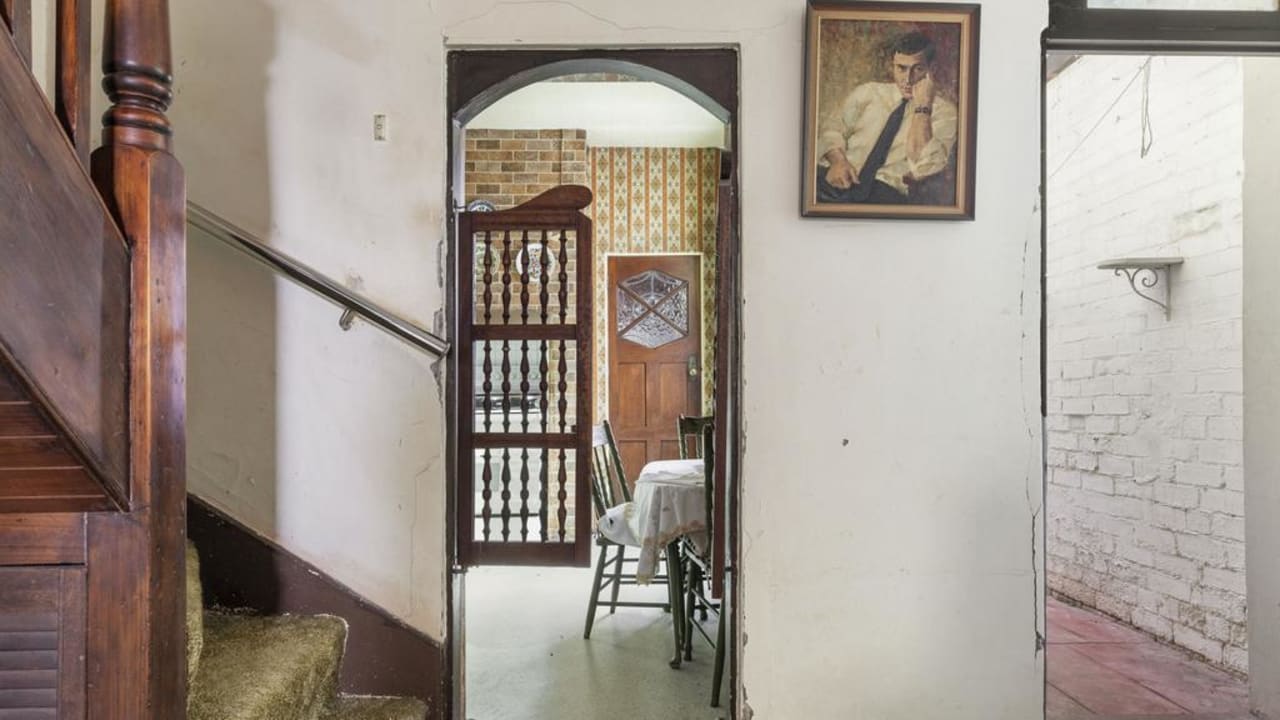 No Comments on Ukrainian refugee’s Paddington terrace that cost $10,000 in 1968 attracting plenty of interestPosted in Uncategorized By Posted on August 3, 2022

Builders and first home buyers are showing interest in a Ukrainian refugee’s Paddington terrace, which is virtually untouched since soon after its purchase for $10,000 in 1968.

BresicWhitney agents Christopher Breedon and Josh Fleming have a $1.5m guide for the two-bedroom terrace on a tiny 68 sqm block at 50 Comber St, which goes to auction on August 20.

Helene Szanto, now 96, hadn’t long fled then Soviet-occupied Ukraine in the turmoil ahead of the invasion of Czechozlovakia when she and her late husband purchased the home.

The agent says the terrace could suit a first-home owner, though they may need some help with parents for the deposit and a good builder.

The interiors haven’t been touched for years.

“My husband was part of the renovation team in a block of four houses including our home,” Szanto said.

“He was offered the opportunity to purchase one of the houses.

“He bought the house for $10,000 and completed the renovations, including building the kitchen and bathroom.”

Her husband died many years ago and the kitchen’s lime cupboards and colourful wallpaper are from a long-gone era.

The lounge room carpet is also well-worn, but Szanto says: “It has been a very good home for me — it has kept me going.

The bathroom, which is downstairs, could do with a tweak.

“We have had many big family dinners here, including with my great-great grandchildren.”

Although Szanto continues to be mobile, she’s keen to now move to a single-level property.

“It’s going to be builders or first homeowners who think they have the appetite to take it on and end up living there after fixing it up,” Breedon said.

The facade of the terrace is impressive and it’s in a popular street.

The rear yard will no doubt be spruced up by the new owners this spring.

“That was renovated with an upstairs bathroom — that’s what people are considering,” Breedon said.

Iconic cafe that changed Sydney up for sale