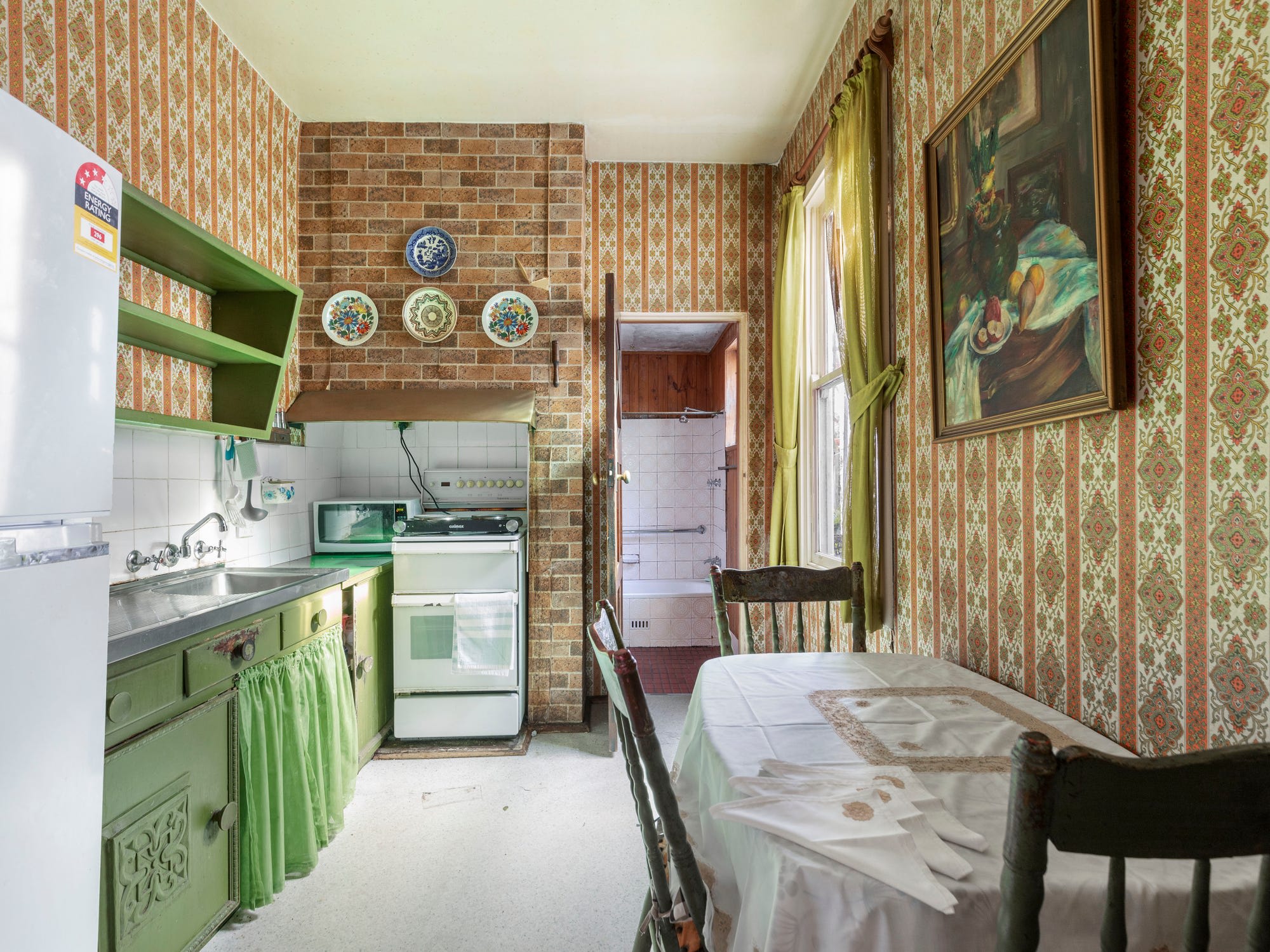 No Comments on Untouched Sydney house is an epic retro time warp with décor from a bygone eraPosted in Uncategorized By Posted on August 2, 2022

A terrace in a prized Sydney suburb is on the market for the first time in more than 50 years – and its untouched interiors serve as a kind of time capsule from a bygone era.

Situated at 50 Comber Street in Paddington, the house was purchased by the current owner in 1968 for just $10,000 – a fair price back then for a fixer-upper in what was a working class suburb.

The unrenovated home sits in a row of four terraces in a prized Paddington pocket. Picture: realestate.com.au/buy

The woman, now 96, said her late husband was “very attached” to the home and repeatedly refused offers to sell up over the years.

Her age meant it was time to find somewhere without stairs, she said, and so the home is in search of a new caretaker.

The sale presents a rare opportunity to snap up a blank canvas. Picture: realestate.com.au/buy

“It has been a very good home for me,” she said. “It has kept me going. We have had many big family dinners here, including with my great-great grandchildren.”

Christopher Breedon from BresicWhitney described the listing as one of the most unique he’s seen – and an extremely rare offering for inner-city Sydney at the moment.

“Having housed over 50 years of family life and memories for the 96-year-old owner… [it] is special,” Mr Breedon said.

The home is like a retro time capsule. Picture: realestate.com.au/buy

The property is one of four terraces in a row – and the only unrenovated – and features original Victorian details and period features.

“When combined with its location, heritage features, and accessible price point, it’s a great chance for a buyer to celebrate this history while giving it its next life.”

The woman’s husband renovated the home back in the late 1960s. Picture: realestate.com.au/buy

The vendor said she and her husband were renting a flat above a butcher shop nearby, on the corner of Liverpool Street and Oxford Street, when offered the chance to buy this home.

“When we moved here, my husband made it a good home for us. He polished up the wood of the staircase and banister.”

The property features two bedrooms and one bathroom. Picture: realestate.com.au/buy

He installed the swinging doors to the kitchen to create an open space – quite an advanced design idea at the time.

The chandeliers and crown moulding are also his handiwork, she said.

There’s plenty of opportunity for the next owner to make this home their own. Picture: realestate.com.au/buy

“He took down the wall between the two rooms on the ground floor, put up the arches, built the stone fireplace, and the bar with shelves. He installed the outside fireplace and gardens, including a fish tank set in stone.”

In the centre of the patio in the concrete can be found their grandson’s footprint and name, she said.

The unique nature of the listing means interest has been high. Picture: realestate.com.au/buy

As well as being a builder, her husband was also a handyman who enjoyed carpentry projects and their furniture – much of which remains in the home – was bought second-hand and restored.

In those days, Comber Street was two-way and there was a house where the park sits currently.

“There have been a lot of renovations on the street recently,” the vendor said.

The property is scheduled for auction on 20 August and has a price guide of $1.5 million.

The post Untouched Sydney house is an epic retro time warp with décor from a bygone era appeared first on realestate.com.au.