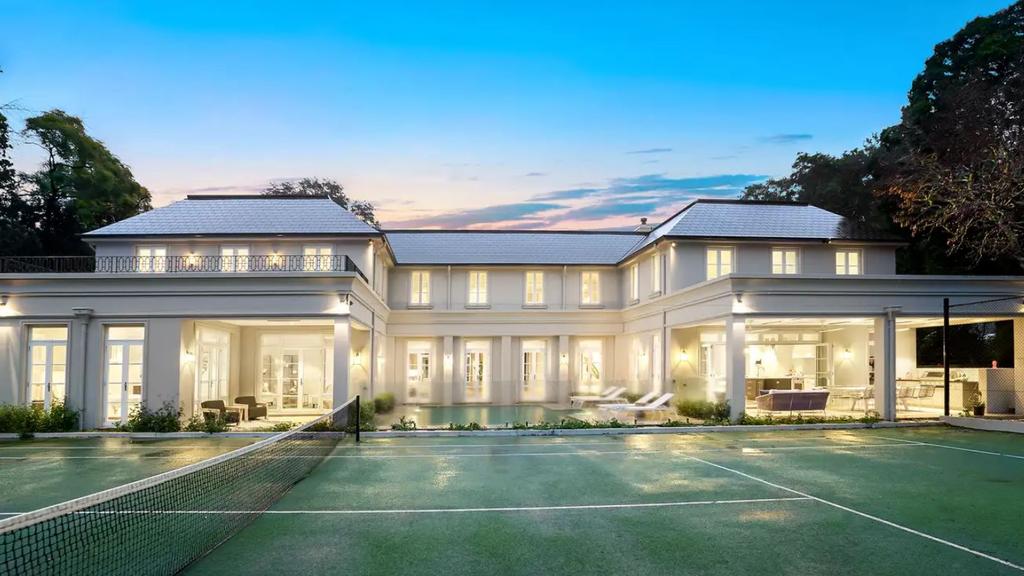 No Comments on Wahroonga suburb record: Expats returning from Hong Kong bid $13.03m, $2m over reservePosted in Uncategorized By Posted on August 4, 2022

Wahroonga has a new suburb record of $13.03m after expats bid more than $2m over the reserve at auction to secure a grand statement home with tennis court, pool and 2484sqm block in Braeside St.

The tennis court and pool are among the attractions.

Buyers loved the quality of the build.

The house was a new build by Felton Homes in 2020 and the owners were anaesthetist Dr Woods and his wife.

“Buyers loved the quality build, the great location close to schools and rail and the 840sqm of accommodation,” he added.

“We are seeing a resurgence of expats returning to Sydney which is helping to drive these prices,” Fraser said.

The house offers 840sqm of accommodation.

Wake up to a view of the tennis court.

“The eventual buyer was an expat returning from Hong Kong and there was a mix of local and international bidders for this property.”

The underbidder was a local family looking to upgrade.

The previous record for Wahroonga was $13m set in early 2018 for a six-bedroom house on 4096sqm of land also with a tennis court, indoor pool, billiards room and cinema in Walter St.