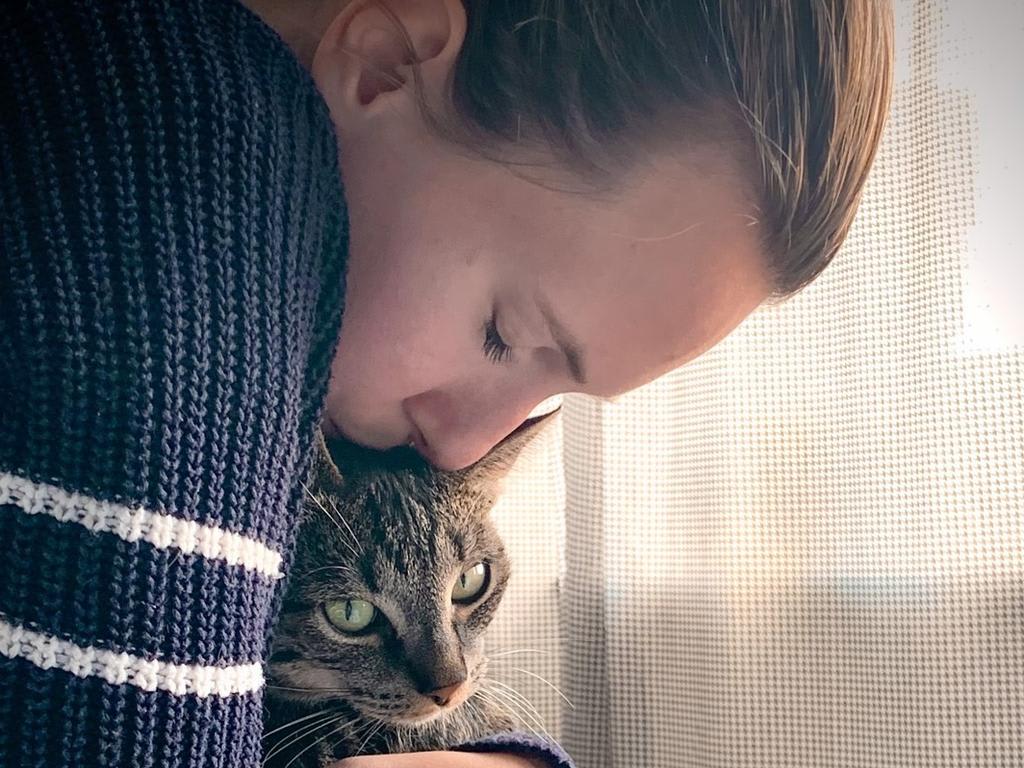 No Comments on Welfare group calls for ban to ‘no pets’ policy in rental homesPosted in Uncategorized By Posted on July 26, 2022

Advocacy groups are calling on the federal government to impose a national law to protect renters with pets as a housing crisis forces people to abandon animal companions or face homelessness.

Animal welfare charity Companion Animal Network Australia (CAN) reports there has been an increase in the number of animals surrendered to member shelters across the country as renters struggle to find accommodation that is pet friendly.

Renters are being forced to choose between keeping their pets or having a home. Picture: Remy Gielding.

It comes as the number of available rentals dwindles across the country, with vacancies at almost half the rate recorded this time last year.

Data shows about 108 pets were surrendered to Australia CAN’s member shelters in May this year, equating to about 27 pets given up per week.

In the same month, the number of vacant properties – those that remained on the market for more than three weeks after being listed – was at almost half the rate recorded the year prior.

Renters with pets have a smaller pool of properties to choose from. Picture: Sarandy Westfall.

SQM Research says there were just over 36,478 vacancies in May 2022 compared with 62,155 in May 2021, indicating a significant decline in the level of choice for renters.

While the Victorian government introduced a law last year to prevent landlords from refusing a tenant’s request for a pet without approval from a tribunal, in states such as NSW, South Australia and Tasmania, the power is largely in the hands of the landlord.

This limits the number of available rentals for pet owners who must choose from a small pool of listings advertised as pet friendly or risk being forced to abandon their animal companions.

Victorian renters have better rights to keep a pet that most other states. Picture: Josie Hayden.

Australia CAN member shelter Animal Welfare League SA reported a 1.8% increase in pets surrendered due to rental issues in one year, up from 7.5% in the 2020-21 financial year to 9.3% in the 2021-22 financial year.

Animal Welfare League QLD reported the number of people giving up their pets due to accommodation needs had jumped from 19% to 27% over the past two years.

Australia CAN CEO Trish Ennis said a national approach should be taken to prevent against animals being abandoned and potentially euthanised.

“It’s already harder to rent due to the rental and housing crisis and even harder to rent with pets, causing people to have to choose between their much-loved companion animals and a home,” Ms Ennis said.

“Our members are reporting far too many pet surrenders solely based on rental and housing issues across all age groups.”

“They are also finding that people are reluctant to argue against their landlord or strata’s ‘no pets’ policy because they are unwilling to risk losing their home or are unaware of their rights.”

The group is calling for a national law similar to what Victoria brought in last year where landlords cannot refuse a tenant’s request for a pet without approval from a tribunal.

“It would save money, protect lives and avoid a lot of stress,” Ms Ennis said.

“We know this causes mental health issues for people, as well as disruption and separation anxiety for their pets.”

“The increase in surrenders is also putting huge pressure on shelters and rescue groups across the country as many struggle with space and resources to care for these animals.”

“Renting to more pet owners reduces animal euthanasia and results in better animal welfare and outcomes for tenants and landlords.”

‘Desperate’ tenants pay up to two-thirds of income on rent

Sydney rentals with water views under $500 a week

The post Welfare group calls for ban to ‘no pets’ policy in rental homes appeared first on realestate.com.au.