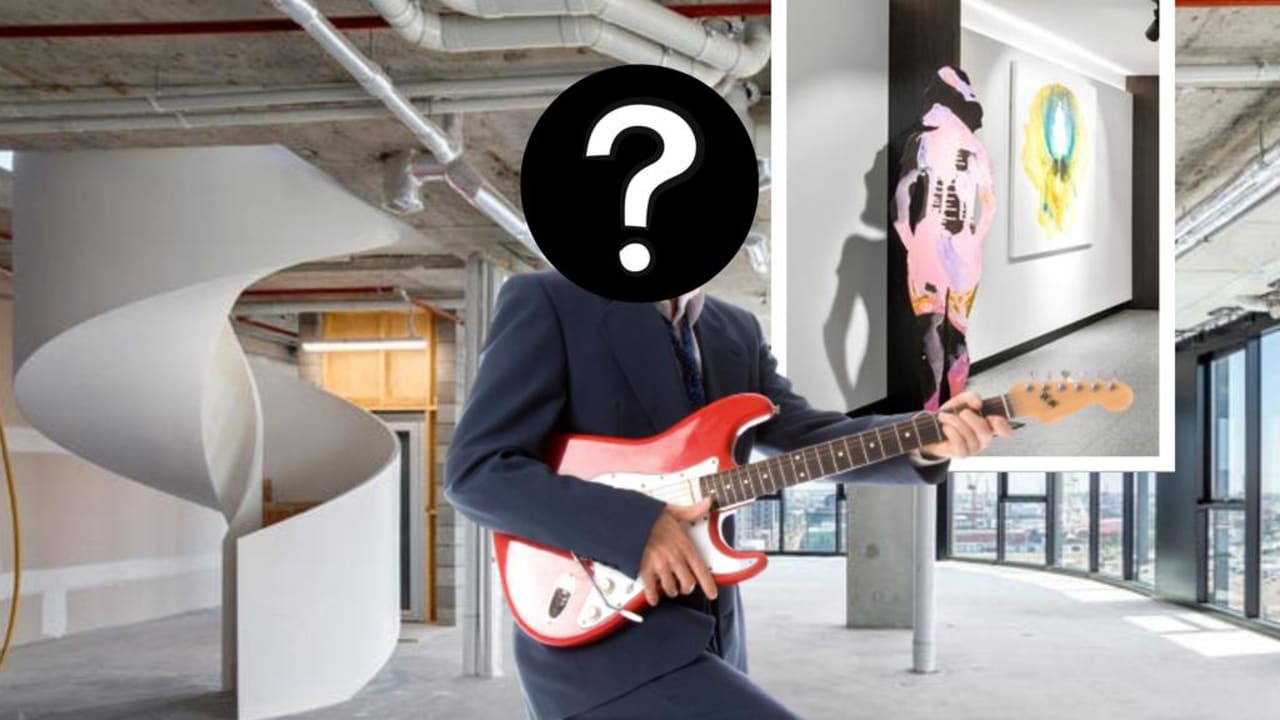 A double-storey West Melbourne concrete and glass penthouse shell featuring a balcony spa, pool, four-car garage and spiral staircase is awaiting a buyer with $3.5m-$3.8m to create their dream home.

The property has even attracted the attention of two well-known Australian recording artists.

The Agency Port Phillip and Bayside partner Michael Paproth said the complex’s developers had purposely left the penthouse as an unfinished “shell” so that the purchaser could finance the home’s completion to suit their personal taste and needs.

“It has created a lot of conversation and buyers are free to make their dream come to life, which whatever budget they like,” Mr Paproth said.

“It comes with multiple plans and interior schemes drawn up or buyers can take it and do their own.”

Stunning vistas from the floor to ceiling windows.

The spiral staircase is a key feature.

Have a spa while enjoying views of the Star Observation Wheel.

Mr Paproth said that mostly local buyers have shown interest in the penthouse, including families from inner Melbourne suburbs.

“We have had interest from a couple of recording artists who want to make it into a recording studio,” he said.

Mr Paproth said the artists were well-known but declined to name them.

The property is proposed to have four bedrooms including one on the top level incorporating a walk-in wardrobe and marble ensuite with freestanding oval bath, shower and twin vanity.

The art gallery in the apartment complex’s foyer.

What’s your dream? Fit out the penthouse how you please.

The balcony has garden boxes around the perimeter.

Mr Paproth said a rooftop and entertaining area could be located next to the main bedroom.

The plans also feature a potential three more bedrooms with floor-to-ceiling wardrobes on the lower floor or buyers could create a customised space more suited to their purposes.

The apartment building’s foyer contains a gallery which showcases works by artists and creatives who lease the space.

An aerial view of the address.

Concentrate on the concrete.

MORE: ‘One of a kind’ Craigieburn home has turret, would cost ‘$1m to build today’