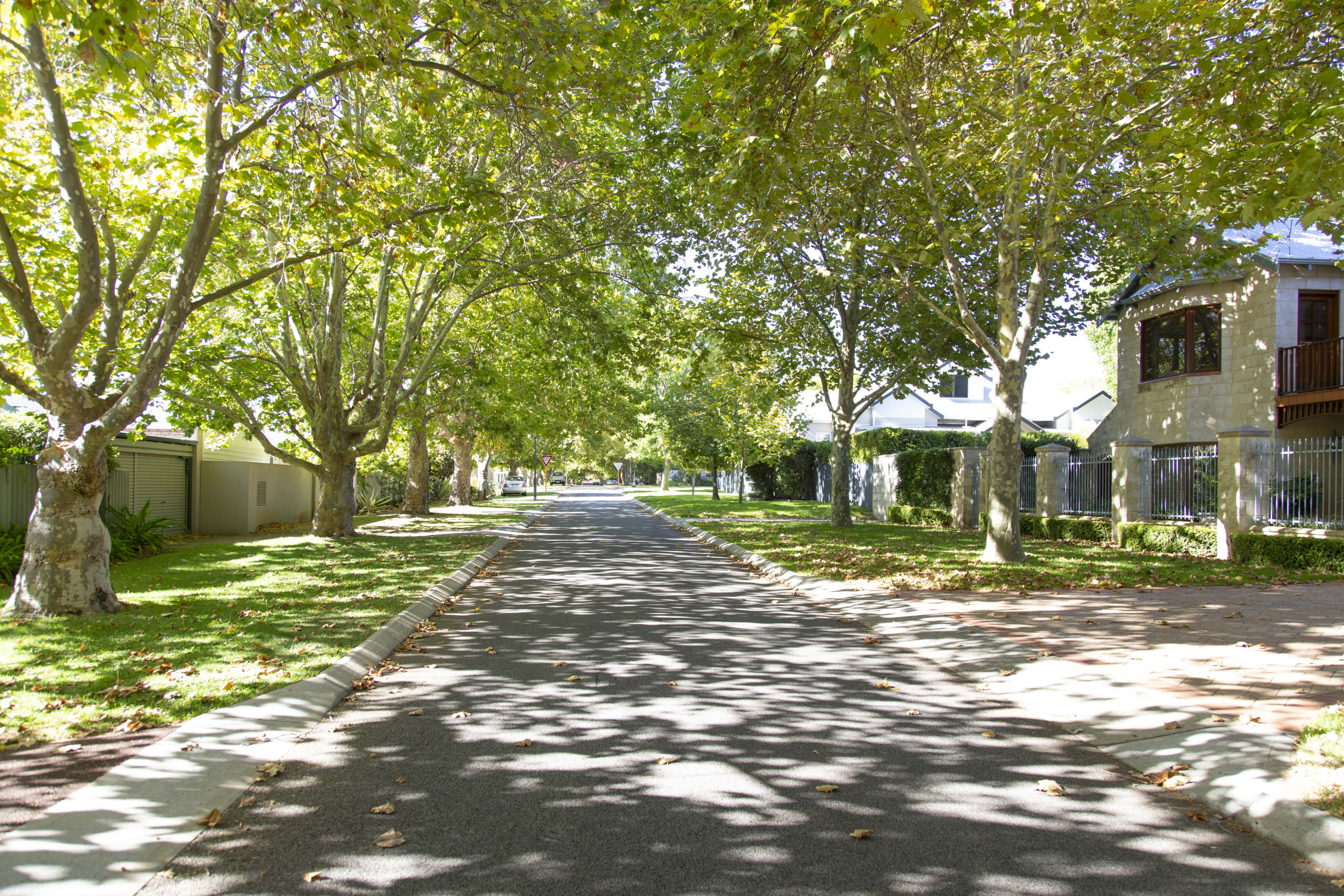 No Comments on When the RBA might ease off its aggressive interest rate hikesPosted in Uncategorized By Posted on August 3, 2022

The Reserve Bank of Australia has its foot on the rate rise accelerator and is driving the most aggressive hikes in decades – but there are hints it may soon shift into a slower gear.

While further rate increases are a certainty after an unprecedented fourth consecutive increase and third double hike in a row, experts point to signs the RBA is considering easing back to smaller moves, or taking a breather.

The light at the end of the tunnel for households juggling rising grocery, petrol, and energy costs alongside higher mortgage repayments is the potential for rate hikes to end by the end of the year.

Interest rates have further to rise but there are signs the RBA may soon ease back on its aggressive hikes. Picture: Getty

The cash rate has now increased by 175 basis points since May, which CommSec noted is the most aggressive monetary policy action since 1994.

It is still predicted to climb to at least 2.6% and as high as 3.35% by the end of the year or early next year, according to economists at Australia’s four largest banks.

But they and PropTrack senior economist Eleanor Creagh pointed to changes in RBA governor Philip Lowe’s monthly statement that suggest the RBA may be thinking about slowing the pace of hikes or pausing to assess their impact.

“The RBA trimmed its GDP growth forecasts and the statement accompanying yesterday’s move signalled the Reserve Bank are not on a pre-set path, shifting to a more data-dependent stance and perhaps pointing to a return to ‘business as usual’ (25 basis point) rate rises from here,” Ms Creagh said.

Ms Creagh said how high and fast the cash rate rises – and whether the RBA pauses at some point – will be determined by the economic conditions.

“Confidence has slipped as interest rates are rising quickly and as inflation has surged, and cost of living pressures are weighing on household sentiment.

“The knock-on effect of that to household spending will certainly be important to watch in the coming months.”

How households react to higher interest rates as the cost of living rises, as well as the outlook for inflation and the labour market, will influence future interest rate moves. Picture: Eugene Hyland

Ms Creagh expects the RBA will continue raising the cash rate target towards its estimate of the neutral rate – a level that is neither stimulatory nor contractionary – of around 2.5% to 3%, while monitoring the impact on household spending.

CBA head of Australian economics Gareth Aird said some new elements of the governor’s statement give the impression that the board is getting closer to the point at which it will pause in its tightening cycle.

One was Mr Lowe’s comment that the board placed a high priority on returning inflation to its 2% to 3% target range over time, “while keeping the economy on an even keel”.

“The path to achieve this balance is a narrow one and clouded in uncertainty, not least because of global developments,” Mr Lowe said.

Mr Aird said the remarks imply a pragmatism in how the RBA will make policy decisions over the period ahead.

“We do not believe they are in a rush to take the policy rate much above their estimate of neutral (around 2.5%),” he said.

“Indeed we expect that once the cash rate gets to around that level the RBA will pause to assess the impact that their policy tightening has had on the economy.”

The RBA is determined to rein in soaring inflation, while keeping the economy on an even keel. Picture: Eugene Hyland

CBA’s base case is a further 50 basis point hike in September, a pause in October and a final hike of 25 basis points in November, taking the cash rate to a peak of 2.6%.

Mr Aird said the RBA could shift to ‘business as usual’ monthly increases of 25 basis points from here if the upcoming economic data, particularly on wages, made that case. But CBA still expected the same terminal rate of 2.6% in November even if there were 25 basis point rises at the next three board meetings.

“Financial conditions will continue to tighten over 2023 with no change in the cash rate given the big fixed rate home loan expiry schedule and we have 50 basis points of rate cuts in our profile for the cash rate for the second half of 2023,” Mr Aird said.

ANZ head of Australian economics David Plank said the key change in wording from July was that there was no longer any reference to the withdrawal of “extraordinary monetary support” during the pandemic, with the latest move described as a further step in the normalisation of monetary conditions in Australia.

“This could be a signal that the RBA board may be thinking about reducing the size of the monthly increases to 25 basis points in September. We think a 50 basis point increase is still the most likely choice,” Mr Plank said.

ANZ economists have forecast further 50 basis point hikes in October and November, which would be an an unprecedented six double hikes in a row and take the cash rate to a peak of 3.35%.

That would total 325 basis points of hikes since May, representing the steepest tightening cycle since the RBA began announcing its desired level for the cash rate in January 1990.

Interest rates and therefore mortgage repayments are rising rapidly, although the RBA’s cash rate is expected to reach its peak later this year or early next year. Picture: Getty

Westpac chief economist Bill Evans said references in the governor’s statement might imply a more cautious approach after another 50 basis point increase in September. Mr Evans expects a series of 25 basis point moves at the following four board meetings.

“There does not appear to be grounds for assessing that the board will slow the pace at the September meeting – a further 0.5% is very likely,” Mr Evans said.

“But the cash rate will then reach 2.35% – within the ‘neutral zone’ from the RBA’s perspective. It is then that some of the cautious aspects of the statement can be used as a signal that the board’s preference will be to slow the pace of tightening.”

He said the two most cautious aspects were the reference to the challenge of achieving the inflation target while keeping the economy on an even keel and lifting the inflation forecast for 2023 to 4%, from 3.1% previously.

Once the cash rate reaches a peak of 3.35% in February, Westpac expects it to remain on hold before 100 basis points of reductions over the course of 2024.

NAB economists expect that after another double increase in September, the RBA will slow the pace of hikes to 25 basis points in October and November when the cash rate peaks at 2.85%. They have pointed to the possibility of rate cuts at some point in 2023 or 2024.

Mr Lowe said the RBA board will be paying close attention to household spending, which remains a key source of uncertainty.

“Consumer confidence has also fallen and housing prices are declining in some markets after the large increases in recent years.

“Working in the other direction, people are finding jobs and obtaining more hours of work. Many households have also built up large financial buffers and the saving rate remains higher than it was before the pandemic.”

Ms Creagh said how consumers react to higher interest rates and cost of living pressures, and how quickly household spending is curbed, will be key.

“How household spending holds up against a backdrop of higher inflation and falling house prices (the negative wealth effect), versus savings and wealth buffers and hopefully stronger wages growth, will be crucial in determining the loss of conditions in the economy and how high and fast the cash rate rises.

“This dynamic will also be a key source of uncertainty for the housing market and the pace and depth of price falls.

According to financial comparison site Canstar, the four rate hikes so far have added about $600 to monthly repayments for a borrower with an average loan of $600,000 and $1000 for a $1 million loan.

“Market conditions have cooled as buyer confidence has waned, and auction volumes and clearance rates have fallen, sales volumes have slipped from last year’s extremely elevated levels and home prices are falling.”

The latest PropTrack Home Price Index showed nationally prices had fallen 1.66% from their peak in March.

The post When the RBA might ease off its aggressive interest rate hikes appeared first on realestate.com.au.

When the RBA might ease off its aggressive interest rate hikes