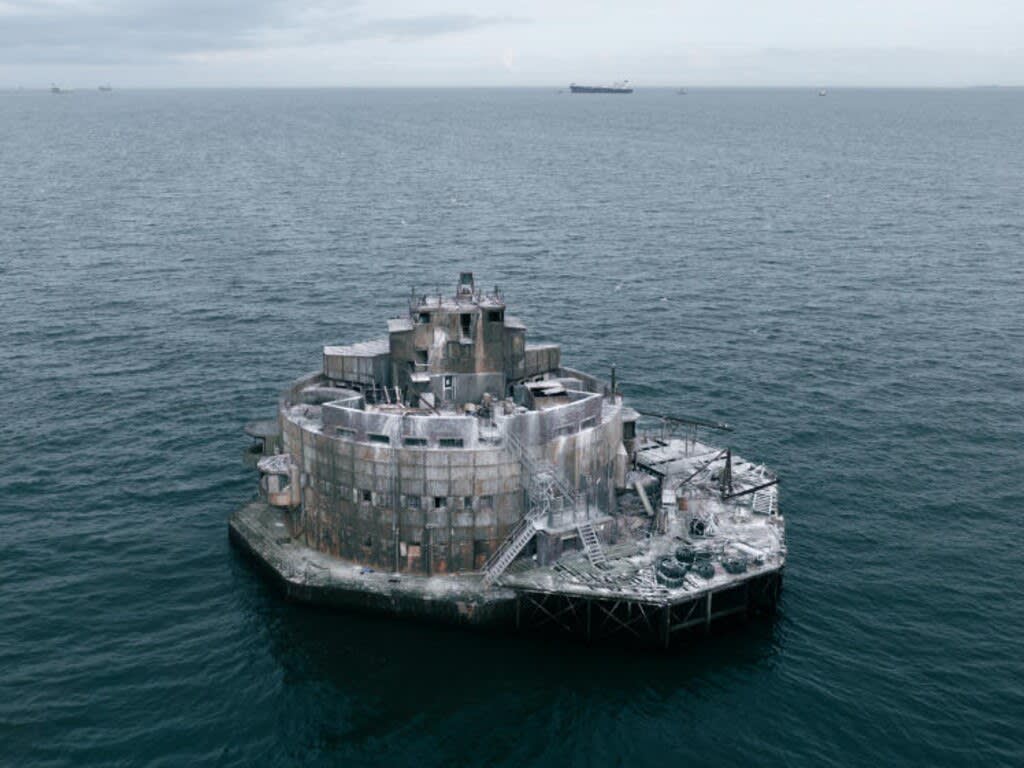 No Comments on WWII Bull Sand Fort sells for nearly $855k at auction, nearly 10 times more than its price guidePosted in Uncategorized By Posted on August 2, 2022

The Bull Sand Fort is located approximately 4.8km from the town of Grimsby in North East England, and can only be reached by boat or helicopter.

RELATED: 23-bedroom military fort house with helipad and saunas goes up for sale

The Top 10 tallest buildings in the world revealed

The fort has a new owner. Picture: Savills, National Auctions

Agents Savills told BBC that there were “a lot of bidders” for the building, which had a starting price of £50k (A$87k).

Savills’ Steven Morish previously described the Bull Sand Fort as a property that required “an imaginative buyer with a project in mind”.

The concrete vessel was initially constructed between 1915 and 1919 for naval defence during World War I, but it did not go into use until WWII.

The property — located in the Humber Estuary of Northern England — is defined by the United Kingdom as a “grade II” building or structure that is “of special interest, warranting every effort to preserve it.”, making it a historic listing.

It is big enough to house 200 people on the fort, and has been reinforced with concrete and fitted with 30cm-thick armour, designed to withstand gunfire from battleships.

Bull Sand is made up of three floors with a basement and a chamber below sea level.

It’s been described as ‘a bit bracing’ for anyone to live there. Picture: Savills, National Auctions

A steel mesh was stretched between Bull Sand Fort and its sister fort on Haile Sand across the mouth of the entrance of Humber estuary to prevent enemy submarines getting to the important ports of Hull and Grimsby.

University of Hull honorary research fell Dr Robb Robinson told BBC that the fort was “manned up until the late 1950s”, and the building would be a bit “short on mod cons and a bit bracing” for anyone to live there.